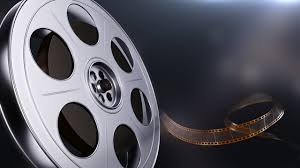 In my high school years, I became very active on a small, obscure social media website by the name of Tumblr.

For anyone who might be unfamiliar, Tumblr is a blogging website which, in recent years, has garnered a reputation for being aggressively feminist and aggressively pro-LGBTQ+. And while this is, admittedly, an accurate description of many of the website’s users, it has always been primarily a vehicle for the entity known as fandom – in other words, it served as a way to bring together people who shared passions for certain movies, television shows, books or any number of different forms of media. I joined the website as a way of connecting with the fandom for the TV show Stargate: Atlantis; a show I was (and still am) a huge of fan of, but which seems to have very little following in real life.

In my time on the website, I watched these two elements of Tumblr (the progressive and the fan-based) combine in some confusing (and sometimes alarming) ways. One which became especially predominant during my time there was a trend known as “Your favourite piece of media is problematic”, where one user would create a post listing all of the ways a certain show or film fell short of the socially progressive ideals commonly shared on the website. The end goal was to ensure only media considered ideologically pure was supported by the users on the site. Fortunately, the trend fell out of style relatively quickly. It didn’t take long for users to realise that by restricting themselves to ideologically pure media, they were missing out on media which had enough good aspects to warrant viewing even despite the problematic elements.

Towards the end of my first year of college, I deleted my Tumblr account, and wound up spending more time in the Catholic blogosphere. And while it was a relief not to be continually assaulted with the socially progressive views espoused on Tumblr, after a while, I began to notice some trends which reminded me a little too much of Tumblr’s quest for ideologically pure media.

Now, let me just state for the record that I am in no way trying to diminish the profound negative impact media has had on people. Film and television, in particular, have played a huge role in swaying public opinion away from traditional Catholic ideals. Catholics in the modern world must always be on their guard when it comes to media, and it is crucially important for us to be aware of the negative messages in said media, both explicit and implied. And of course, this goes double for families, particularly those with young children who do not yet have the maturity to sift the wheat from the chaff. Because of this, I am profoundly grateful for the areas of the blogosphere devoted to analysing said media and exposing its flaws.

Yet, at the same time, I often feel that the attention given to negative aspects of the media is disproportionate to the attention given to its positive aspects – which do, in fact, exist. Take, for instance, the blockbuster hit Avengers: Infinity War, which enjoyed a lucrative run in theatres this summer. When I went to see the film, I was astonished that the villain’s plan was not, as many suspected, merely to gain ultimate power for its own sake. Instead, he feels that the population of the universe is too vast to be supported by its resources, and wants to solve this problem by eliminating half of the people in existence at random.

While I’m sure this was not on the mind of the film’s creators, I could not help but think of environmentalism and its insistence on the reduction of Earth’s population through contraception and abortion. What’s more, the movie makes it clear that the villain is not wrong about this particular universe being overpopulated (as the audience is shown planets which have died out due to a lack of resources). Despite this, however, every hero in the film is unequivocally opposed to his plan. Not a single one even entertains the notion that the villain, Thanos (derived from the Greek for ‘death’, thanatos) might be right in his solution. It is a truth universally accepted by the protagonists of the film that eliminating life is not an acceptable solution to environmental problems.

The presentation of such an idea in a film as well-viewed as Avengers is a huge victory. The fact that most moviegoers are not questioning the stance of the heroes or arguing that Thanos (the villain) might be right suggests that perhaps individual people are not as far-gone as we might be tempted to think. If nothing else, this film can be used as a stepping stone to engaging in pro-life discussions with the people who have seen it.

To be fair, this has not been entirely ignored by the blogosphere. I have come across several Catholic reviews which applaud Marvel for presenting its Malthusian villain in a decidedly negative light. Yet even these reviews hedge their praise with criticism. Some condemn the film for not having a hero articulate verbally an explanation of why Thanos is wrong. Others denounce the inclusion of the character of Dr. Strange, whose superpowers, admittedly, seem rather occult. And others are up-in-arms over a flippant bit of dialogue where Dr Strange asks another hero, Peter Quill, “Who do you serve?” to which Quill sarcastically responds, “What am I supposed to say, Jesus?”

Again, these criticisms are valid. But the emphasis I found on them over the film’s more positive elements made me reconsider the way we, as Catholics, view film. It is too easy to be overwhelmed by all the harmful content coming out of Hollywood, to the extent where we begin to be blind to the truths which are subtly – but continually – appearing in films. I have met many Catholics who despair of film entirely, and are suspicious of any film not explicitly Christian in nature. It is my firm belief that this is not behaviour that we can afford to engage in.

First of all, it is only by being aware of the messages appearing in films, both positive and negative, that we can begin to engage in an intelligent discussion of these films which might guide people towards the truth. The enduring popularity of cinema as a form of entertainment makes evangelising through debating the merits of various films an avenue which we cannot neglect. I believe that all mature and well-formed Catholic adults must try (insofar as their circumstances allow) to be aware of every possible avenue to evangelism and conversion – including the dreaded “pop culture”.

Yes, sometimes it can be disheartening. Yes, a great deal of pop culture falls short artistically. Yes, much of it is banal at best and morally corrupt at worst. Even so, the “popular” part of pop culture makes it worth being aware of. The fact that most of the population is familiar with it makes it a sure-fire way to start conversations about the values displayed therein. Furthermore, using pop culture to evangelise can be far less threatening to a person who has had very little positive exposure to Christianity. Few people initially want to open a dialogue about the divinity of Christ or the morality of abortion, but most people wouldn’t mind discussing the merits of their favourite movie or TV show.

Secondly, the very fact that film has had such a substantial adverse impact on our culture points to the power of cinema to change hearts and minds. Films can be potent tools for evangelisation; look at movies like The Passion of the Christ or The Ten Commandments, which garnered (and still garner) critical acclaim even outside of Christian circles. If we begin to despair of film and dismiss it as something only used for evil, we are losing one of the most influential modern tools for evangelisation.

There is a catch, however: few “Christian” movies are really useful for evangelisation. In fact, I would argue that many have a negative impact. The combination of (generally) terrible filmmaking and the complete villainization of every non-Christian character in the story means that many of these films only appeal to those who are already Christian. If we want to evangelise through cinema, we have to support movies that will appeal to the secular world while still carrying positive messages and values. While this may be difficult to achieve, it is far from impossible – look, for instance, at The Lord of the Rings or The Chronicles of Narnia. For a more recent example, consider the hit thriller A Quiet Place – not only has it achieved great critical and commercial success, but it seems to espouse a very monastic lifestyle, complete with pro-life and pro-family values. (For those interested, Bishop Barron wrote a review which picks up on a great many theological aspects in the film.) Whether the creator intended for these values to be prevalent doesn’t matter – the fact is, they are. If more movies like these were released, imagine the impact it would have on our culture.

At the end of the day, one cannot escape from universal truth. As a result, even the worst, most morally reprehensible films will have some small element of truth shining through. It is our job as Catholics to find these specks of light and draw people’s attention to them. We don’t have to like these films. We don’t even necessarily have to watch them – and certainly, there are cases where we should not. The obligation to avoid occasions of sin is always first and foremost, of course; far be it from me to tell someone that they must view a film which might lead them into temptation. But just because we don’t, won’t, or can’t watch a movie does not mean it has no redeeming qualities at all. We need to stop viewing films as inherently destructive and start working to make films constructive. With the aid of the Holy Spirit, even the most reprehensible film can serve as a bridge to conversion. If we can manage to find one good thing about it, no matter how small, and bring it to the attention of those who enjoy it, the worst film could become a stepping stone to conversion. And really, what could be more beautiful than making something evil work for something so good?