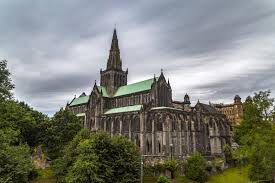 With the feast of Christ’s Baptism yesterday, we enter back into what we now call ‘Ordinary Time’, a term not opposed to ‘extraordinary’ – for all time is such from out eschatological Catholic perspective – but rather from the ‘ordinal’ numbers after which the Sundays are now named, with yesterday being the ‘First’, next Sunday the ‘Second’, all the way to a rather Christological ’33’ Sundays to the end of the year…

I’m with Father Scott Murray, and would prefer more descriptive titles, such as ‘Septuagesima’ Sunday. But such is part and parcel of any number of things needed with deep liturgical renewal. Someday, dear reader, patience is rewarded, one way or another.

This 13th of January, we celebrate Saint Hilary (+367), Bishop of Poitiers and proclaimed a Doctor of the Church by Pope Pius IX in 1851 for his clear and incisive writings against the pernicious heresy of Arianism, which denied the divinity of Christ, a heresy which would in turn have dissolved the Church (and very nearly did so, as the near-contemporary Saint Jerome would soon lament). Hilary is considered the pre-eminent theologian of the 4th century, laying the foundation for the full doctrine of the Trinity and of Christ, as well as the theologies of Augustine, Athanasius, the Council of Nicaea and on into the Middle Ages and the modern era, the whole ‘living Tradition’ of the Church.

He did much in his brief life (going to his reward at the tender age of 52), raising a family, converting to the faith after reading the Bible, raised to the episcopacy, standing firm in the truth, writing a whole corpus of profound theology, suffering exile for his teachings (a much more serious punishment then than now).  Returning to his diocese, Hilary was a living martyr for the faith, but, we may presume from his name, joyful all the while, a joy that the world could not give.

This is also the memorial of Saint Mungo (+614), whose birth and baptismal name was Kentigern, (Mungo was his common name, meaning ‘dear one’) is the patron saint of the city of my own birth, Glasgow, evangelizing the area now known as Strathclyde, in the south of Scotland.  His mother was Thenaw, daugther of a British prince; we know not who his father was (according to one legend, his mother was violated by King Uwen mab Urien, but she raised the child alone).   Mungo eventually settled in what came to be known as Clasgu, ‘dear family’ in Gaelic, now, of course, Glasgow, or, in the common dialect, Gles’gah.  Exiled for a time to Wales as the pagans and Christians battled for control of Scotland, Mungo eventually returned to his native, and now Catholic, land, and became renowned for his goodness and holiness.  He is buried in the crypt of the beautiful cathedral that bears his name – now unfortunately a Protestant one, since the ‘Reformation’ under the fiery, apostate priest John Knox – and may he intercede to make Scotland a Catholic nation once again.