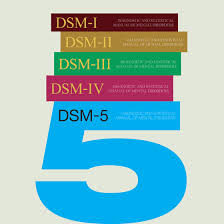 What are we to say of the German bishop’s conference – now well traversed on its own path of ‘synodality’ – which just proclaimed homosexuality, by which we may presume they mean the sin of sodomy, to be ‘normal’, devoid of any objective sinfulness.

There is not much to add, for the proclamation speaks for itself. Even at a natural, physiological level, the anus was not made – even, if you will, evolved – for penetration. The health problems are obvious and manifold, just not discussed in polite, or politically correct, company. Peruse Robert Reilly’s Making Gay Okay, which pulls no punches, for some glimpse behind the anodyne rainbow.

When we examine sodomy from a more spiritual, affective level, there is missing the whole mutual complementarity of the sexes, the ‘indissoluble connection’, nexus indissolubilis, as Humanae Vitae says, between the unitive and the procreative dimensions of the sexual act. It is enclosed, self-centred, sterile and vitiating.

Yet here we have Catholic bishops – or, at least, their ‘synod’ – proclaiming the perverse ‘unnatural sin’ perfectly natural.

Ironic, that just yesterday, December 15th, marked the anniversary, in 1973, when the psychiatric profession voted 13-0 also to declare homosexuality no longer a pathology, but a perfectly fine expression of one’s affective proclivities. This was officially promulgated in the second edition of the Diagnostic and Statistical Manual (DSM-II) – the ‘bible’, if you will, of the psychiatric profession – which the first iteration of the Manual, the DSM I, back in the relatively sane year of 1952 – had held to be a disorder, which should be treated and, if practical, healed. It’s only taken the German episcopate less than five decades to catch up to the zeitgeist of the heady seventies.

And what may be worse is that one of Justin Trudeau’s top priorities is to pass a federal law banning such now-quaint ‘conversion therapy’, and the Bill S-202 is already being read in the House. If this passes, any attempt to ‘convert’ a homosexual, if should said person desire such, would be a criminal act punishable with the full effect of public law, whether by a therapist, counsellor, and, yes, a priest. Think them not above putting plants in the confessional – and, by that, I don’t mean the ubiquitous ferns in those glassed-in monstrosities.

And then we have Archbishop Paglia, the one who had the homoerotic mural painted in his cathedral, recently-appointed ‘Grand Chancellor’ of the new and definitely-not-improved John Paul II Institute in Rome, with plenipotentiary powers to do whatever he wills. His Grace recently intimated that priests can, nay, one may think even should, be ‘present’ at the voluntary suicide of Catholics, holding the hand of the victim-perpetrator, comforting them on their journey – where and whither, one is loath to say.

One wonders what the Archbishop believes of the reality of eternal damnation, and whether many travel the road thereon? In the same speech, he also held that it is ‘heresy’ to hold that Judas is in hell. So much for Dante placing the traitor, along with Brutus, being eternally chewed like tobacco in the mouth of Satan, but then the Florentine poet was writing fiction, and he put at least one saint – Pope Celestine V – in the nether regions.

There is this vague hypothesis floating around theological circles that hell may in fact be empty, a vast, empty frigid place, perhaps with a few devils – but even here some, such as the benighted ‘Orthodox’ theologian David Bentley Hart – who have resurrected Origen’s third-century theory of apokatastasis, since condemned, that eventually, after enough time, even Satan himself will be saved. All just a big misunderstanding, don’t you know. Why not then, one might conclude, hurry things along with one, giant, moonie-esque mass suicide?

True, the Church does not anti-canonize anyone, declaring them definitively in hell, as she does saints certainly in heaven, but Christ’s fateful words ring through the ages, better for that man not to have been born. And Pope Benedict XVI seems to follow Him in Spe Salvi, that there are souls so self-enclosed that all charity has died within them. We know not how many, but the thought of even one, to say nothing of many, should send chills down our own wobbly spines.

On that note, what are we to say of a priest present at an assisted suicide – that is, a murder – which is nothing less than a grave sin, freely chosen, often with much aforethought. The one thing any priest, or anyone else, should do in such a situation is to do what he can to stop the sorry, tragic business, before that soul, like Judas hanging himself in the potter’s field, has to face his Maker after such a final, irrevocable act. Hand holding and words of comfort? And what of the German episcopacy soon, we may expect, to mandate – pardon the pun – the blessing of all those ‘normal’ homosexual unions? Can a quasi-sacramental marriage rite be far off?

Our bishops should review the Church’s clear teaching on formal cooperation, sins of omission, scandal, Scripture, and so on. Have we not had enough passivity and pusillanimity in the face of grave and manifest evil? A good portion of our hierarchy – and, yes, laity – need to man up, and stand for the Truth. A strict account awaits all of our stewardship, and what we have done, or not done, for the least and most vulnerable of our brethren will echo through eternity.