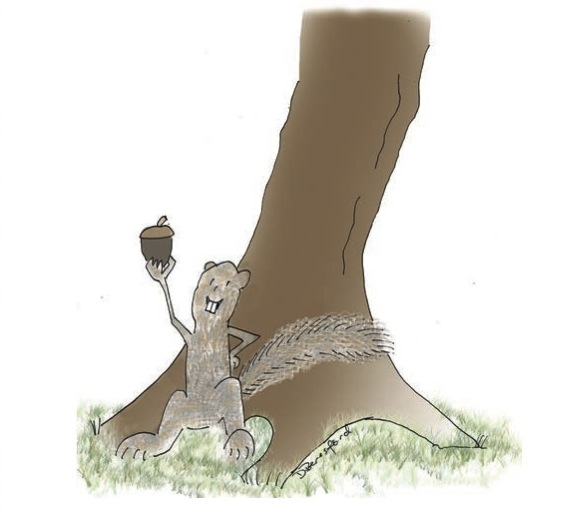 I am always trying to forget what I know—and to find what I don’t know. – G. K. Chesterton

When I drive home from work, I have to be careful because sometimes deer cross the road, and occasionally a bear. Recently as I was driving, I noticed that the van in front of me was spewing out grey smoke. A closer look revealed that it was my van, with my wife Theresa driving. Now, I am not a mechanic, but my limited experience with smoke coming from the vehicles I have owned has generally meant expensive and bad news. I followed Theresa along the highway and into our drive rather concerned. As the van door opened Theresa fell out coughing.

“Get the laundry from the back,” she asked me, adding, “I hope it’s not all smelly and ruined.” I held my breath, opened the back doors, and brought the laundry into the house. About every month or so, Theresa goes to a Laundromat because our machine cannot keep up with the amount of washing that is required for seven children.

As I opened one of the bags and dumped the laundry on the table it immediately caught fire. I quickly threw my coat over everything and carried the flaming bundle outside, throwing it into the backyard where it burned with a horrible stench. Somehow the laundry had produced the fire in a kind of spontaneous combustion, like damp hay in a barn, and had been smouldering in the closed bag. When exposed to air it burst into flames.

This loss of clothes came as a real bonus to everyone in my family except me. I was grateful, of course, that the house didn’t burn down, yet also still concerned about the whole episode. In contrast, my wife and daughters were delighted with the prospect of a whole new wardrobe. While I could not stop from fretting over the cost of new clothes, everyone else in my family simply accepted the loss as given, and anticipated the fun of shopping.

Experiencing minor setbacks and disasters can force a man to look at his soul. Take this business of losing money. Giving money away is one thing; spending it is another; but losing it irks me so much that I am very careful not to lose any. Of course, finding money is always pleasurable. But finding money is a rare event, and I experience few of these moments of bliss.

For Theresa, finding money is a common occurrence. Sometimes it is only a matter of five or ten dollars, but occasionally she finds a lot more. Just before Christmas last year she found $100 in the bottom of a rarely used pocket of her purse, and she had a wonderful week spending it on gifts for everyone. I must admit, that as welcomed as these windfalls are, the realization that she is only finding money she had lost in the first place does diminish the exhilaration.

“It is not really found money at all,” I try to explain. “Found money is money that is above what you knew you had, not money you lost and got back. Since you lost it to begin with we are not ahead, but only back where we should have been before it was lost.”

“And where is that?” my wife asks. “If you don’t know you lost it, then when you find it you are ahead. You didn’t get sad by losing it, and you are able to be happy by finding it.”

“But that is silly! If that was the case, then you would go around hiding things on yourself just to find them again, like a squirrel hiding acorns.” This, I thought was the definitive argument. Even her feminine mind must accept this logic. But, I was wrong. Theresa trumped my argument from nature with one of her own.

“I think squirrels like finding the acorns they have hidden. Imagine being a squirrel, living in a world where the base of every tree is like Monte Cristo Island, yet unburdened by the memory of prison or thoughts of vengeance. I can think of no greater pleasure for a squirrel than stumbling upon buried treasure every day, making every day a picnic or holiday.”

“But,” Theresa continued, “I can think of an even better analogy for finding what was lost: There is more joy in heaven over one repentant sinner than the other ninety-nine.”