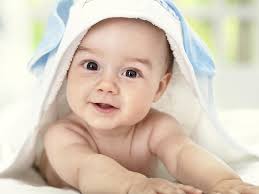 (From our archives, which seems a propos given the recent invitees to the Vatican’s Pontifical Academy for Science, which has created quite a stir, one might say a scandal.  Paul Ehrlich?  He of the Population Bomb, who wants to reduce the world’s population to comfortable levels?  Alas.  But read and meditate on the lavishness and liberality of God’s love from Mrs Sarah Gould). Editor.

Seems like those who give their hearts and souls to environmentalism are the only canonized saints these days: those who fight the good fight for mother earth by religiously performing the rituals of recycling, reducing, reusing, composting, eating only local organic food, having urban gardens, organizing CSAs, etc. Seems to me they’ve misplaced their faith—living solely by human standards instead of God’s. I’m definitely not saying that all manner of “saving the earth” is intrinsically evil or against the teachings of the Church but the unfortunate reality is that the Religion of Environmentalism usually morphs into the Religion of Population Control; the controlled extermination of human life through Abortion, Euthanasia, and Contraception. “Save the Environment—Get Rid of People,” or so the tagline should read.

And this isn’t necessarily our own fault. Recently the world’s population hit seven billion people, and immediately there was a flurry of media activity on overpopulation, population control and world “family planning” issues, tightly linked with saving the earth and recycling. In fact frequently these things were discussed in the same breath. The media whipped us, their readers and viewers, into fearsome frenzies, using words like “alarming” or “scarcity” or “disaster” when referring to resources in every corner of the universe, but especially in countries whose birthrates surpass two children. The “facts” and figures being thrown around about the looming Armageddon of Environmental Disaster was not only very convincing, but very frightening and became the impetus for many to join the ranks of the Environmentalist Creed.  People weren’t told to turn to God in these moments of fear, but rather back to themselves, to re-double their efforts in buying electric cars, recycling, lobbying governments or worse, fighting for more access to abortion, euthanasia and contraception—because this is the ONLY way we can “solve the incomprehensible problem we’ve gotten ourselves into.”

But as Catholics, we give our hearts and souls to God alone, Father, Son, and Holy Spirit, and we believe that He has created not just the world, but every single person who’s ever lived since the world began, and that He holds all of it, and us, in the palm of his hand. And it is this worldview that flies in the face of “Environmental Devastation and Doom” and changes everything.

With this view, the world cannot be overpopulated.  If God makes billions of human beings, then that is His plan and He has pledged to care for those whom he creates and loves infinitely.  Sure we human beings destroy whatever we touch (take a look at Ezekiel 34:18—the sheep tramping down the pastures and muddying the waters they’re drinking from) but God is infinitely infinite, right, and he know us inside and out. He can create more resources—other worlds, ecosystems, solar systems, spaces, and who says that he hasn’t already? There are quite a few assumptions being made by the “world-is-overpopulated” advocates that may or may not have any foundation in truth. Even science admits that it is still finding out new information all the time. Shouldn’t we, at the very least, question the assumptions the population control advocates are putting forth, most especially when human life is at stake?

With the view that God is in control, it does not matter when and how we die and/or the world ends—we can control neither of these things.  All that matters is for each one of us to love the Lord God with our whole minds, our whole hearts and all of our strength and our neighbour as our very selves.

And with this view, we have an even more urgent responsibility to live a sparing/sharing lifestyle in solidarity with our brethren, the poor of the world.  A sharing lifestyle means we are called to share as much as we possibly can with the poor on our doorsteps.  That means giving not just our time and talents to the less fortunate, but our food and money as well.  It’s been said that ninety percent of the world’s wealth is held by ten percent of its population. Seems like there would be plenty of resources to go around if everyone ascribed to a sharing lifestyle. And secondly we are called to live a sparing lifestyle, meaning, we do not ascribe to materialism, hedonism or consumerism—all of which significantly contribute to world poverty and environmental annihilation. Part of living out our faith means being happy with and caring for the gifts we have been given, like rocks, trees and water, etc. (We have a long history of Catholic saints who advocated for good stewardship of the environment, like St. Francis of Assisi and St. Isadore the Farmer.) For as Catholics, we are environmentalists by nature, called to see and love the beauty that surrounds us because God has made it and is present to us in it. (For more information about a Sparing/Sharing Lifestyle see Fr. Thomas Dubay’s book, Happy are you Poor.)

I do, indeed, care very much about the environment, and do as much as I can to be a good steward of the world God has given me. I try to live a sparing/sharing lifestyle by being happy with what I have, gardening, buying ‘previously loved’ items instead of new and recycling absolutely everything I can to try and cut down on excess consumption of material goods. But I won’t hide the fact that I care more about human beings—those unique and loveable monsters with whom I’m surrounded—who are worth infinitely more than any animal, tree or rock. Sure it’s ok to take up the environmental cause as your own, as long as you remain in God and remember that He lives and moves beyond even your wildest imaginings and is the ultimate Decider of Everything. So if He, in his wisdom, has seen fit to create every individual fearfully and wonderfully, loves each and every man and woman as if they were the only man or woman alive and places them above not only the environment, but even the angels, who are we to say anything different?