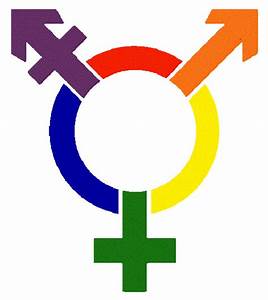 Diversity is esteemed to be an overarching good and a fundamental value such as love, prudence or justice, which are deemed always good irrespective of the context.  Diversity is thus construed to be indispensable, and its lack at best a weakness and at worst a crime.

What then is “diversity” in the context of the equity-pushers and social constructionists and their followers, whose minds have, in their eyes, been enlightened?  What is this concept which has emerged as a hallowed imperative to be worshipped in your school, your society and every region or facet of modern life?  How does it play out among executives who seek to appease the demands of WEF-sponsored so-called “social sustainability” coming to your company in the guise of ESG?

What does or did “diversity” mean before we all went woke?  It means variety, assortment or heterogeneity, or several different aspects or manifestations of the property or parameter whose diversity is under consideration.  It is a phenomenon or condition, and an expression of a reality or status.  In itself, diversity is neutral – neither a good nor a lack of good.  It is the condition or instance of having or being composed of differing or manifold elements or qualities.  The state of diversity in a given scenario or reality may be one of natural occurrence or it could be compelled into existence.  Furthermore, the factors that are diverse may be relevant or irrelevant to the business at hand.

This understanding of the term “diversity” holds as yet in most dictionaries, but dictionaries now being fluid and woke-whimsical, the word is rapidly taking on transformational or at least supplementary meaning.  Soon, or perhaps already in many minds, the meaning of this word may be as related to mere variety, as the term ‘gay’ used to mean joyful, light-hearted, carefree and lively.

Let us attempt to see through the façade or perhaps unveil the cloak.  In entrepreneurial contexts, diversification in various streams of commerce or industry is considered prudent when the holding company seeks to minimize corporate risk.  At other times, however, divestment is the more prudent option.  There are instances when diversity may be profitable, for example when toilet soap has a variety of colours and fragrances to attract consumers having a range of tastes, whereby it increases overall sales.  A diversity of opinions relevant to the solving of a problem may lead to the formulation of an optimal solution and produce the right decisions as outcomes.

Diversity may however be a disadvantage in the Society for the Protection of Chickens if the membership is made inclusive of broiler farmers and Coq au Vin enthusiasts.  Likewise, diversity of sexes would defeat the purpose of the Pi Beta Phi sorority or of the Little Sisters of the Poor – or even of a Ladies’ Golf Club situated adjacent to a cemetery, royal or otherwise.

It is perhaps evident then that diversity has no value of itself. That is, it is not an absolute value – but can be useful or detrimental depending on the context, purpose, vision and mission, and on the category of factors whose variety is under scrutiny.  Indeed, an association, society, company or any type of group converges with a united aim, which is the very purpose for associating in the first place.  Enforcement of irrelevant or even jaundiced factors of diversity upon such associations which disrupt or fail to enhance that unity, makes the diversity prove futile.  For example, while the women’s cricket team would benefit from a diversity of skills relevant to the game such as batsmanship, bowling, wicket-keeping and catching abilities, it would be compromised in its purpose if the opening bowler was a man, and their opponents in the sport would be justified in disqualifying such a team in a competition.

In the case of natural diversity or natural lack of diversity, there is no ethical consideration but rather a question of whether in the given natural situation the factors whose diversity or lack thereof are relevant in terms of optimally achieving the group’s unified purpose.

If a group of boys want to form a soccer team and none of them is a goal-keeper, it would be justifiable that this natural lack of diversity of relevant skills is addressed either by training some of them to keep goal, or by seeking recruitment of a skilled keeper to join forces.  That is, in the case of a natural inadequacy of relevant diversity, it would be justifiable to act to optimise relevant diversity in order to pursue and to enable pursuit of the united objective successfully.  With respect to the unified purpose of becoming a boys’ soccer team that plays better soccer such intervention would be desirable and acceptable.

Conversely, compelled diversity. or compelled lack of diversity. does indicate ethical implication by reason of the employment of compulsion, and the necessary conflict with the unified purpose of the association.  Indeed, compelling diversity via imposition of quotas, driving for elimination of “underrepresentation” or enforcing “parity” would be tyrannical – tyranny being the exertion of oppressive power by the empowered over the powerless, according to an imposed value system, especially when the values system is in conflict with the unified purpose of the association, hence, requiring compulsion for its enforcement.

Remaining a while longer on the soccer pitch analogy, it would not be justifiable, on the realisation that all the boys are blond, to enforce a dark-haired boy into the team in order to embrace diversity in hair type, for the simple reason that such would not help to win matches.  It would be most irregular if the mayor would ban the team from playing if they did not establish a quota for dark-haired boys.

While compulsion, oppression and tyranny would be unacceptable to a reasonable moral person, we implement the same in our society and organisations with gusto and without question, especially when a biased ideology is promoted regarding alleged historic or contemporary maltreatment of the frizzled or the wavy, dark or blond, demanding preferential treatment for such or those who identify with them, while simultaneously disregarding the permed if they do not conform to or align with the said ideology – all the while oblivious to the irrelevance of hair type to the game.  Likewise, the team would not benefit by the inclusion of the club owner’s son – and indeed it would be counterproductive, if he was not selected for his skill at soccer, even though he may bring in an irrelevant category of diversity to the team in terms of socio-economic class.  This boy many not even want to play soccer, since he prefers rugby.

Let is consider the boards of corporations or any team of leaders, since a major focus to such enforced diversity is with positions of power. One hardly hears of diversity being fought for in the cases of nannies and receptionists, or in the cases of miners and coders.  What do boards need?  People with a unity of dedication and commitment to the good of the organization and the business it undertakes, to envision its future and to inspire and set strategic direction for the management to take it there, and to provide satisfaction to the shareholders who have invested in it.  Relevant skills may also include insight and hindsight, energy and passion, an innovative outlook, a process approach, a useful network and networking ability, knowledge of corporate law and labour law, financial acumen, quality governance, mental agility – and wit to navigate the current quagmire of climate alarmism and gender mania.

Appointments to boards need to consider the candidates’ suitability based on what unites the company as a business and the skills that are relevant and needed yet lacking, that the candidate can bring to the boardroom in order to enable a better diversity in attributes beneficial to the purpose, mission, operation and future of the organisation, an optimal variety of skills to create a more optimal and dynamic board that will be more resilient than before and better able to win though the challenges in a competitive market landscape and bring sustained benefit to the company and its stakeholders.

The sex of candidates is not relevant, since the attributes and skills that are relevant to corporate stewardship may be possessed by men and women, and the diversity in the degree of possession of these skills may vary in both these categories of humanity.  Furthermore, uni-dimensional selection criteria are ineffective for work that requires multidimensional personalities.

Compelled enforcement of diversity in attributes unrelated to the skills and qualifications needed is disastrous to the company since it inevitably leads to a sub-optimal board where quotas are filled and the most competent candidates – who may not belong to the privileged category for which quotas have been mandated, will be rejected, and dejected because of this injustice.  The privileged quota filler, parity achiever, and eliminator of underrepresentation will also know that it is indeed an ESG-driven unfair privilege that was granted to her and the job was not obtained for being the most competent.  The rejected candidates and all who belong to the non-privileged category will be demotivated and will not be able to serve where they deserve to flourish in their talent and benefit the company and the nation.

Inspiring and uplifting harmonies in soul-soaring music could be produced by an orchestra, and couples will dance gracefully to Strauss the Younger’s Wein, Weib und Gesang.  This outcome is enabled when there is a conductor and a crew, and the crew has structure or sections and there is a diversity of instruments, and it is relevant to the purpose that there is a diversity of instruments in order to make an orchestra.  It is also of relevance that the players are competent in their job role, and that the most competent in the role are recruited to play the instrument out of the pool of aspiring candidates to ensure that the symphony does not become a cacophony.  It is irrelevant whether the trombone is played by a giraffe or a zebra, which zoo they originated from or whether their ancestors were oppressed by lions, for which they or their policy-makers believe they are victims today.