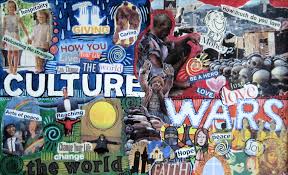 It was reported amongst the Indo-Canadian community, and that is the far-away India, not the Native Canadians whose ranks were just increased by the Supreme  Court decision to grant ‘status’ to 600,000 Metis (those of mixed-Native ancestry).  More on this later, and what level of new financial boondoggle it might entail.  No, amongst those of the other-Indian extraction, it turns out that they like baby boys a lot more than baby girls, enough to have the latter exterminated in the womb at an unprecedented rate.

I did not know that they kept statistics on these sorts of things in our uber-sensitive era, but apparently they do.  After one or two girls, Indo-Canadian mothers are far, far and away more likely to choose an abortion if the ultrasound determines the baby is, alas, another girl:

The study says Canadian-born women in Ontario gave birth to about 105 boys for every 100 girls between 1993 and 2012, consistent with the average in most of the world.

That ratio rises to 326 boys per 100 girls for Indian-born mothers with two daughters who had an abortion preceding her third birth.

It was 409 boys for every 100 girls if the mother had more than one abortion.

This, in a word, is breathtaking.  On a recent CBC interview on this topic, a pro-abortion feminist, training in some unnamed medical field, was ‘concerned’, but would not admit in any way that a woman’s inviolable ‘right to choose’ be obstructed in any way, by anyone.  You could almost hear her jaw clenching.

As a follow-up article makes clear, if such clarity is required, this raises a conundrum for pro-choice feminists.  How do they reconcile their promotion of ‘women’s rights’ with the untrammeled right of a female mother to murder her unborn female daughter?

Besides the obvious moral evil, there are the demographic consequences of this Eastern obsession with baby boys.  Already in Canada, there are 105 boys born for every girl, on average.  Skew these numbers even more by the a priori selection of sex, by abortion or in vitro fertilization, and we will become like China, where boys outnumber girls by a wide and disastrous margin.

How far can we go with multiculturalism, and the quixotic attempt to assimilate cultures that clash fundamentally with our own?  As I have argued before, and will argue again, there is a limit to how groups differ in what they believe and do, and still live together harmoniously, or at least peaceably.  Italians, Irish, Germans, Ukrainians, French, all got more or less along in North America, by and large because they all shared the same set of ‘fundamental values’, derived from their Christian faith, which gave them an unswerving understanding of the inviolable dignity of each and every human person, from conception to natural death.  Even if they knew not all the theological and philosophical arguments, it was accepted, as part of, yes, our ‘culture’ and our ‘faith’.

That faith and culture has held us together, at least until now.  I for one am no longer sure what unifies Canada or what makes a ‘Canadian’, nor what makes a ‘European’, or a ‘Scotsman’, or, alas, even an ‘Irishman’, most of whom have cast off their faith, and are trying to build a culture on rather thin, secular, agnostic ground.

Other cultures are filling in this vacuum.  Ponder what is happening in Europe, where a recent survey found that  a vast majority (over 90%) of young Muslims in Molenbeek and Schaerbeek (the neighbourhood where the Paris terrorists came from in Belgium) thought that their fellow religionists, whose mass slaughter of innocent civilians last year shocked the world, were ‘heroes’.

Teachers working in the predominantly Muslim districts of Molenbeek and Schaerbeek in Brussels have reported that “90 percent of their students, 17, 18 years old” called the Islamist terrorists who attacked Paris and Brussels “heroes”.

How does one live amongst such savagery, impervious to rational explanation? The Jews sure don’t, and are fleeing in ever-greater numbers. Even the man who helped begin the whole process of trying to assimilate large-scale Islam into Europe (and who coined the phrase ‘Islamophobia’) is having deep second thoughts, but there are not yet many takers for his quasi-conversion amongst our culture elites.

Yet are we now much different from the barbarism of these mindsets?  Here in Canada, our members of Parliament are currently debating a law that would not only permit patients to be murdered, but force their physicians to carry out the nefarious deed.  Of course, as our Prime Minister is fond of repeating, they will follow the Supreme Court’s decision.  ‘Tis a small good that they will not yet allow ‘mature minors’ to avail themselves of this macabre service, at least not for two or three years, to see how things go, as the Health Minister alluded in a recent interview.  Then, rest assured, just like abortion, the gates will be opened wide.

Yes, sadly, from the restricted permission to ‘abort a pregnancy’ in 1969 with the permission of a panel of two doctors, we now allow the wholesale murder of pre-born children for any reason, whatsoever, for all nine months of pregnancy, right up until the baby sees the light of day.  You can’t get much more barbaric than that and  as Pope John Paul II prophesied in Evangelium Vitae, a society cannot long survive permitting such persistent violations of the natural law and human dignity.

So perhaps we will all get along, for a time, being nice, unbullying, wearing pink, all the while killing each other, the old, the unborn, the infidel, at random intervals, but with increasing frequency, for different reasons, in the name of tolerance, freedom and multiculturism.

I wait to see what that society will look like, if any society is left standing.