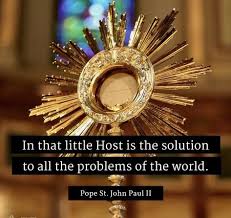 In good part because the rhetorical trick is quickly becoming hackneyed, I will not herein aver the existence of a “real pandemic” behind the apparent one, as if the crisis wrought by COVID-19 and the political reactions to it could be reduced to one single problem that is ostensibly unrelated yet surprisingly linked to a disease and its management.  There are, no doubt, many problems in the world today that are more worrisome than a virus with a relatively high survival rate; some of them are even related to it.  Though picking just one to write about is justifiable, presuming that it is the “real” one is not.

I wish to address a single spiritually – and possibly physically – destructive condition that has been worsened and widened, not to say caused, by the social and political context we happen to live in.  It may not be our only problem, but it is a big one.  This condition is of enough significance, both perennially and in our unique present situation, that I much prefer to avoid, as much as I am able, any degree of clever rhetoric.  I wish to discuss despair.  Ours is a despairing age – ever more so by the day, it seems.

Here in Alberta, we are in the midst of our third major lockdown, though we never fully emerged from the first one imposed over one year ago.  Church attendance must now be restricted to fifteen people.  Funerals may be attended by no more than ten people, which mandate seems to imply that funerals are – mysteriously and magically – more conducive to the spread of viruses than are regular religious services.  Outdoor gatherings are restricted to five people, which means many families might be able to invite one friend over for a backyard get-together, so long as that friend vows to not use the bathroom – assuming, of course, that most families are composed of normal people and do not have outhouses in their backyards.  Restaurants and bars are closed to dining, including on patios, many of which have been built or renovated at significant cost to owners over the past year to accommodate emergent rules about indoor dining.  These current measures will be in place and enforced – with steeper fines than previously – for at least three weeks.  “At least three weeks” sounds too much like “fifteen days to stop the spread” for my liking.  Since fifteen days became fifteen months, or thereabout, I fear what “at least three weeks” might end up meaning.

Alberta, an historically conservative province that is presently governed by a putatively conservative political party (led by a professed Catholic), also happens to be the only Canadian province, as far as I know, to have imprisoned pastors for holding religious services in contravention of public health mandates.  We are now up to three such arrests, two of which have occurred since the new lockdown was announced.  The second pastor, Art Pawlowski, was arrested just over a month after he videoed himself preventing police and a health officer from entering his parish during Holy Week.  It is difficult to imagine the two events being unrelated.  And, in case none of this is decisive, our economy, like the economy of much of the world, is in the toilet.  We should not be surprised if people, under these conditions, are inclined to despair.

That despair is not surprising does not mean it is, by extension, right.  Sins are sins, whether we live in difficult times or not.  Indeed, all times are more or less difficult; and in all times humans are more or less inclined to sin, including despair.  I understand sin and vice, the habitual repetition of sin, but I cannot condone them, above all in myself.  I understand the prevalence of despair in all times, but particularly today.  I also, and more importantly, understand how devastating such prevalence is.  Nonetheless, sin can never be defended or justified, no matter how bleak things may appear.  I understand the temptation to despair.  I even feel it.  But I must wholly condemn it.

To sin is to miss the mark, to aim at but not hit the target, specifically, the target set by human nature itself.  In other words, to sin is to fall short of realizing what it means to be a human being fully and properly.  This is to fail to live as God intended, which is to say to fail to be holy.  Put in a more secular manner, to sin is to fail to achieve our human potential as rational beings.  For Aristotle, this is to fail to be happy, understood as the right and rational ordering of the soul towards goodness, not as a feeling of contentment or maximal pleasure.  In either case, to sin is to miss the target embedded in the very nature given to us by God in creation.  To despair, however much the historical context encourages it, is to miss the mark.  To give in to the temptation to despair is to concede to fundamental spiritual and moral failure.

In our contemporary situation, I find two kinds of despair, ostensibly separate, but related at the core.  The first is a sort of sadness about the state of the world; it is a despairing feeling.  Our present historical situation is perceived – more or less rightly – as oppressive, and as an affront to our basic liberties as citizens and as humans.  More to the point, it is seen as being virtually irreparable.  The world is, the one despairing thinks (or feels), so bad that nothing can be done about it.  In such a case, we despair because the world prevents us from living as we normally would, from doing what we will.  The world does not yield what we expect, and the means by which to emerge from this condition appear to be unavailable.  Thus, one despairs.

Accepting – for the sake of argument, at least – that it is not wholly unreasonable to expect that legal and extra-legal impositions not be employed to prevent us from gathering with family and friends, from religious assembly, from working in our places of employment, and from moving around freely in our cities, this reaction to the contemporary world seems reasonable.  It is not unreasonable to want naturally good things, especially those for which we have a God-given right.  Nonetheless, this feeling of despair presupposes something that is not actually reasonable, namely that the world will – and should – meet our expectations and conform to our wills.  It is unreasonable to believe the world will accommodate us (at least not with any regularity), and it is spiritually disastrous to believe that such accommodation would, even if accomplished, fulfill our true human potential.

The problem is not that people are losing hope in the world; it is that they placed their hope in it in the first place.  They have erroneously come to expect that the world will provide them with all the conditions of human flourishing.  I do not mean to say that humans cannot flourish in the world.  Since it is created, it is, after all, good.  But, as good as the whole of God’s creation is, our hope cannot lie in the world, which is fickle, unreliable, and susceptible, now as it ever has been, to the influence of evil.  More importantly, our fulfillment as humans does not rest in this world, but in the next, should we receive and accept God’s grace.  We are in the world, not of it.  The person who expects the world to yield to his wishes will unavoidably be distraught when it does not – all the more distraught the more the world conflicts with his wishes.  When the material conditions of the world deviate so far from his wishes that he sees no way to be satisfied, he will despair.

The person who is filled with sadness when the world does not yield to him despairs in a second and more fundamental sense.  Whether things go badly for him here and now or not, he despairs because he has turned away from God.  His feeling of despair betrays a spiritual condition: by expecting the world to fulfill him, he rejects the very possibility of salvation, and thus of proper fulfilment of his human nature and purpose.  He despairs in the true sense because he lacks theological hope.

Despair is the obverse of presumption.  To presume is to expect that I will be saved, whether because I reject the Biblical teaching about Hell or because I think I have done enough to warrant the reward in the hereafter.  Those who expect that all will be saved are presumptuous.  Presumption is a grave sin, as hopeless as despair.

Despair is also an expectation, namely the expectation that I will not be saved, that I will, instead, be damned.  Of course, the materialist who only considers the goods and ills of the physical world and, thus, denies any afterlife at all does not expect to be damned, but he does expect to not be saved.  Indeed, he is guilty of a sort of presumption, too: he expects, however wrongly, that things will go well for him in the only world he accepts as real, the world of matter in motion.  That is why it offends him so much that the times do not cooperate with his will.  His despairing feelings about the uncooperative world betray his underlying spiritual sin, his despair that he will not and cannot be saved by God.

We know that hope is the antidote to despair, as it is to presumption.  To hope is to believe – not to expect – that it will all turn out well in the end.  We hope not because the world is cooperative or because we live righteously.  We can wish for the former and work on the latter.  But we hope because God has given us ground for it.  When we pray an Act of Hope, we each ask God to “grant me, through the merits of Jesus Christ, the assistance of Thy grace, and that after my keeping Thy commandments, Thou wilt bestow on me life everlasting, according to Thy promises, Thou who art almighty and Whose word is truth.”  This is our hope: that we may be received by God favorable by His grace, not by our merit.

But what of the pitiable person who despairs of the world?  He, too, can be saved, if redeemed, and redeemed, if converted.  But he will not likely be converted by my simply telling him to hope.  He might, however, be converted by first understanding that his supposed hopes are misplaced, that the world will not fulfill him, even if we return to a more self-gratifying, comfortable, and indulgent time.  The world has always taught him that lesson, even if he did not learn it.  That the intensity of the teaching has increased substantially recently may help him learn it now.  The contemporary crisis may be a wake-up call, a reminder that our fulfilment can only happen, if we are so blessed, on the other side of this world.  May true hope be a witness to him that there is something infinitely better than even the best material existence: salvation.  But for that we must be sure to keep and display our hope, refusing to despair, however tough the times may be or become.