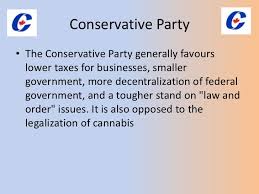 I received a rather critical email in response to my last post on the Conservative capitulation, so thought I should clarify my, and hopefully your own, thoughts:

As I wrote, there may be nothing wrong with capitulation or compromise.  Sometimes, they are necessary to achieve a greater good, or avoid a greater evil.  When and how to capitulate (to draw up terms) or compromise (reach a mutual agreement) depends by and large on the virtue of prudence, not much discussed in today’s world.

Prudence is the ordering of means to an end or, more accurately from the Catechism, it is the “virtue that disposes practical reason to discern our true good in every circumstance and choose the right means of attaining it” (CCC, #1806).  To be prudent, one must therefore know what is good, what it is one wants, before figuring out how to achieve it, here and now, in the concrete conditions in which one finds oneself.

Was it prudent for the Conservative Party at their recent convention to remove any stance on marriage, same-sex, hetero-sex, or otherwise?  One might argue such, with the claim that they will never again achieve political power otherwise. The charge of ‘homophobia’ is a curse upon a political party.  I am willing to listen to and understand that argument.

However, I sympathize also with writers like Mark Steyn and, in a more theological way, with John Paul II and Benedict XVI, that we have capitulated too much already, and it is time for a little parrhesia, boldness, direct and clear speech, and drawing certain lines in the sand:  ‘Thus far, and no farther!’ to quote the great Gandalf.

Yes, there are many things we must capitulate and compromise on in today’s world of realpolitik, or, more realistically, fantasy politics.  We must to some degree play the game, and achieve what good we may.  But to do so requires a clearly thought-out policy, at least in the back rooms and conventions, so at least we know whence we come and whither we go.

I have no desire to criticize the Conservative Party itself, and indeed have a number of friends and former students who have worked for them.  I myself am a card-carrying member.

Hence, I have the right to ask, does not prudence itself require that we, somewhere, somehow, define our terms, our mission, our raison d’etre?  In the previous post, I defined a family with a quotation from the Catechism on marriage, as ” (a) man and a woman united in marriage, together with their children…”.

But the Magisterial text goes on to make clear that “(t)his institution is prior to any recognition by public authority, which has an obligation to recognize it. It should be considered the normal reference point by which the different forms of family relationship are to be evaluated” (CCC, 2202, emphasis added).

I would just like to ask before I continue my allegiance to the Conservatives (itself a prudential decision on my part), what does the Conservative Party stand for?  Can these principles be enunciated, written down, promulgated?  Will a Conservative government, if elected, clearly and boldly uphold the truth about marriage and the family, requisite for any functioning, to say nothing of prosperous, society?

Or are we dependent upon individual politicians guided by their conscience, good, bad or indifferent, taking up the charge?  Are there still enough social conservatives, with clear moral principles, to hold the Party together?  Or is the emphasis upon a vague economic conservatism, ‘tough on crime’, which may do nothing more than slow our slide towards the abyss?

I for one would not mind knowing the Conservative’s end or purpose, so that we, united as much as prudence allows, can then order the means thereto.

This is the feast of the Visitation, and a blessed one to all…