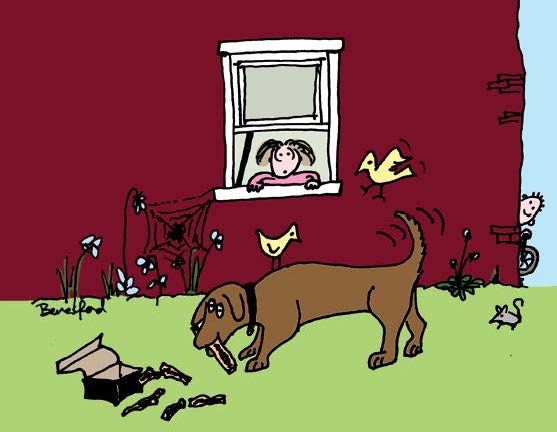 They fight by shuffling papers; they have bright dead alien eyes;
They look at our labour and laughter as a tired man looks at flies.
– G. K. Chesterton, The Secret People

I learned my views about money from my father when I was about eleven years old. My dad worked at one of the local factories and every June the trade-union’s Social and Athletic Club put on a company picnic for the men and their families. This was a wonderful event where we would ride bumper cars, compete in sack races, eat hamburgers, and drink pop. Each family was given free tickets for burgers and rides and could get more tickets for a modest fee.

One year my dad worked in the hamburger kitchen under a great big canvas tent held up with cedar poles and ropes. Kids surrounded a long wooden counter at the front that separated us from the men cooking. To get a burger, we would shove forward and hand in our tickets, and then watch as the men—including my dad—flipped patties on a huge grill at the back of the tent. Flames shot upward with a crackling sizzle every few minutes, filling the tent with smoke and the smell of singed meat. The cheerful banter between the men was more fun than the rides! Each hamburger was a massive beef slab on a fresh bun. My sister and I would coat the patty in mustard, relish, and a large slice of onion as big our hands. Then we would sit on the grass under one of the giant chestnut trees which surrounded the park, listening to the shrieks of the other kids on the rides.

One time, two boys in front of me tried to get hamburgers from the man at the counter. They didn’t have a food ticket nor did they have the ten cents needed to buy one. Not part of the group, they were just two kids trying to cadge a free lunch. When asked by the ticket man if their father worked at the factory they became evasive. My dad walked over from the grill with two hamburgers on paper plates, saying “Here lads, would these be okay?” and handed them to the kids.

In the heated conversation that followed in the tent, my father’s line of argument was that because the day was set up for kids, if two poor kids wanted hamburgers then they should be able to get them. What is a trade-union for if not to help people who need help? The opposite argument being voiced by someone in minor officialdom was based on the rhetorical strength of repeating the phrase “it’s not fair” and some arcane rule of accounting, the gist of which was that the tally of tickets had to equal the tally of patties or the seas would turn to blood and the ground would open up and swallow us all. The logic of this seemed flimsy to me. While leaning on the counter

I had seen dozens of patties accidentally flipped onto the dirt floor, only to be tossed into the garbage.

The upshot was that my dad was told he was finished flipping burgers, which was all to the good by my reckoning because he could now join us on the rides.

These events were brought back to me recently when some children came to our door selling chocolate bars for their school. When I was in my last year of high school, I had volunteered on a chocolate bar drive to support the school. I was appointed student chairman of the fundraising committee. My job was to oversee a group of student volunteers who collected money and unsold chocolate bars at the end of each day from the other students.

Once, as I came into the collection room, I saw a small girl crying. Between sobs she explained to a student volunteer that her dog ate a whole case of the chocolate bars. The student volunteer kept insisting that she still owed the money, or the tallies wold not work out.

Realizing that the only thing which stood between that little girl and happiness was a small mark less than an eight of an inch long on a sheet of paper, I promptly stroked out the number, initialed the change, and wrote on her form “paid in full” which dried up her tears. I then explained to the student volunteer that since we were collecting money for the benefit of the school which had as it sole purpose the happiness of its students, this was the obvious course which duty, charity, common sense, human dignity, and chivalry demanded.

I was fired by the faculty chairperson within the hour, and I found it very sweet to be able to follow in my father’s footsteps.