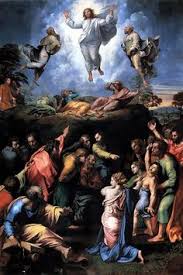 A very blessed and joyous Solemnity of the Ascension to all our readers… At least in the Church universal, which follows the historical fact that the original Ascension occurred on a Thursday, and is the day on which it is commemorated in most of the rest of the world, including our neighbours to the south.  But in Canada and a few other jurisdictions, the bishop’s conferences, in the waves of change after Vatican II, or more properly in the ‘spirit’ of Vatican II, moved the solemnity to the following Sunday, to avoid ‘burdening’ us with another day of obligation, and putting Catholics under the possibility of grave sin for missing Mass.

One wonders. Although it may increase attendance, and not burden Canadians with a day of obligation outside of Sunday, this also removes the celebration of the Seventh Sunday of Easter, and more to the point, diminishes the nine day waiting period between the raising of the humanity of Christ in the Ascension to the descent of the Holy Spirit Pentecost, the original and still most powerful ‘novena’ in the Church. So pick up that Holy Spirit novena, dear reader, and if you need one, see here.

But anon: We may wonder why Christ ‘ascended’ in bodily form, disappearing from sight behind a cloud, which to some may seem gimmicky, even magical.  As in everything else He did, however, Christ has a deeper point, which is not that heaven is somewhere ‘up there’, beyond the Moon.  It is not something, or more properly somewhere, we can get to by a spaceship, nor in any physical way.  For heaven is not a physical place, at least as we know it.

Rather, the point of the Ascension is to teach us to look ‘beyond’ this world, that Christ and His Kingdom are transcendent and no longer belong to the transient realm of space and time.  They are here, but not here, behind a veil, if you will, more real than we are.  It is in this realm that the humanity of Christ now resides in heaven, eternally and hypostatically united to the Second Person of the Trinity, the divine Logos, Who is begotten, not made, and true God.

As He Himself promised to His disciples, Christ, as the head of the Mystical Body, will lead all of us to where He now is, if we but choose to follow under the inspiration of His grace.  The early Councils, in particular that held in Ephesus in 431,  declared that Christ, although He assumed a full and complete human nature, was not a human person, but a divine one. One divine Person in two complete natures, as the rallying cry went, fully human and divine.  The Vatican Council declared (Gaudium et Spes, 22) that this allowed Christ in a certain way to unite Himself with every man (Filius Dei, incarnatione sua cum omni homine quodammodo Se univit), that is all the untold billions of humans who have lived, are living, and will live, a point reiterated by Pope Saint John Paul II in his first encyclical, Redemptor Hominis.

Hence, where Christ has gone, we too hope one day to follow.

Humanists such as Elon Musk and Stephen Hawking want to build rocketships to save humanity, so that we may live ‘forever’ by populating the far reaches of the solar system and universe, even should we render this planet uninhabitable (which, as dour doom-mongers, they see as inevitable).  Even if this were possible and feasible, a la Star Trek (also written and produced by an agnostic humanist, Gene Rodenberry), such technology and colonization would not lead us beyond this ‘world’, but rather lock us in, just in a more diffuse way, in all the despair and limitations of this temporal existence.  We would just take all our problems elsewhere, as we so often do.

As the old saying goes, wherever you go, there you are.

On the contrary, the Ascension is a solemnity of hope, that regardless of what happens in life or on this Earth, we always have a get-out-of-jail free card, a way out or, if you will, a way up to a transcendent realm, where the passing travails of this vale of tears will touch us no more.