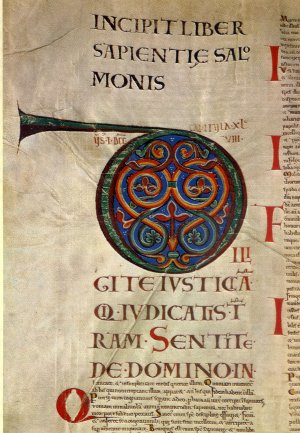 A reader, in response to my recent and all-too-brief musings on Dr. Theresa Tam, vaccines, masks, lockdowns and such, wrote the following:

That was on (sic) of the most incoherent rants that I have ever read. A public health officer is tasked to address health issues and if people are having oral sex and there is a way to protect against diseases associated with such activity, she would rightly advocate it. That doesn’t mean she advocates oral sex. And of course churches should obey public health guidelines. There are alternatives to public gatherings. It is this sort of anachronistic thinking that has led to a progressive loss of membership in the Catholic Church.

I do offer my gratitude for the critique, which I thought, however much I deserved it, also deserved a fuller reply than what I might offer in the comments section. As an aside, if you want a truly ‘incoherent rant’, listen to this unhinged foul-mouthed diatribe from Tom Cruise on set for his Mission Impossible 7, after two actors got within 6.5 feet of each other, like they were piles of nuclear waste; but it was Tom who went nuclear, and he was presumably nowhere near two mingling malefactors.

I wonder, even if he gets his film made, where Tom will show it? In vast, newly-built multi-plexes, where everyone sits ten feet apart? Oh, wait, perhaps they’re not so strict about socially distancing in China, which is the only place Hollywood ephemera of endless reruns make any real money. And, as Mark Steyn asks, why does Mr. Cruise get to run around making a film, when 60% of Britain is under effective house arrest?

Anon, before I go off again, back to the comment: Perhaps my words were a bit of a ‘incoherent rant’ – and I apologize if so, for we strive at Catholic Insight to maintain a more sober and scholastic, clear and precise demeanour. So, my regrets, first, for whatever ranting there was; but one does vent, at times, when the Irish gets up. And, second, for whatever was incoherent. Hence, I thought a more measured and full apologia – a reasoned defense, in its original etymology – was in order:

Dr. Tam was not speaking about oral sex, but about any sexual activity, as implied, of the extramarital variety, which causes far more harm – physiologically, psychologically, sociologically, spiritually – than Covid Sars-2 ever will, from STD’s, to abortion, to ruined young people and marriages. As one purported dedicated to healing and bodily health, Dr. Tam could at least point that out, instead of just presuming it occurs, and suggesting couples ‘mask up’. And does Dr. Tam really think couples can be that intimate, exchanging all sort of bodily fluids and fondling each other all over, avoiding infection just by not kissing, and wearing a mask? Is it not the consensus that this virus can be picked up by surfaces – skin and such – which is why they’ve remove all the magazines from doctor’s offices? If so, she is being disingenuous. After all, she’s on record just last April confessing that the masks are not effective for those who are not sick, and, a week later, that they are suddenly the universal prophylactic panacea. Odd. And unscientific.

While we’re at it, would it not be better for her to say even a few words to discourage extramarital sex, especially of the deviant variety, which would solve a whole lot of health issues? What if we even made any sex outside of marriage illegal? But, you might say, that would violate people’s freedom, and make the state and its officers overbearing, prying into the intimate details of people’s lives. After all, was it not the darling of socialism Pierre Trudeau who stated that the ‘state has no place in the bedrooms of the nations’. And I would agree. But would not the same principle apply to the lockdowns and draconian protocols, with SWAT teams knocking on doors to see if you have any guests at home, or one too many, or dragging you out of churches and malls for wearing your mask improperly, or for getting too close to someone? But having face-less sex with strangers is fine?

It’s these same ‘public health’ protocols that many consider vastly disproportionate to the disease, and more and more are coming to that conclusion. The fact that physicians refuse even to take into consideration the consequent effect of these lockdowns: Many, especially those abandoned and alone are being driven to despair, even suicide. Families are divided, even torn apart. Schools are shut, with parents at their wits end. Churches are closed, partly open, then closed again, at the whim of medical periti with newfound pontifical powers. Bishops capitulate, wringing their hands. Some priests and faithful head to the ‘catacombs’ to receive the Eucharist. Many more, with little or no access to the sacraments or worshiping together, drift along as they might, some losing their faith, and their hope. We are avoiding each other, even with eye contact, every human reduced to a source of contamination. Demographics, already in free all, are now imploding. Debts are skyrocketing to the stratosphere. Small and medium businesses are going bankrupt. All the while ‘essential’ government apparatchiks, who are impounding said businesses for ever-evolving minute ‘infractions’, continue to cash their hefty paycheques, enjoying freedoms denied the hoi polloi. Any dissent from the party line is censored by the ubiquitous social media, hand-in-glove with the government. All the while, the culture of death and deviant sexuality continues its long march nearly unabated.

And on it goes. The President of Mexico just declared against lockdowns, calling them authoritarian, dictatorial and heavy-handed. Just so. And, I would add, ineffective: The virus will still be there, whether we lock down for two months or two years. The two weeks to ‘flatten the curve’, with which many were willing to go happily along, is now getting on a year, with the aforementioned devastating and irrevocable consequences. Are we not just delaying the inevitable?

Even we are bound to follow the protocols by law, with Stasi-esque police and by-law officers sending threatening letters, and barging into churches, schools and homes, we should also be permitted to criticize them, and criticize those who believe in them – or is the mask now a muzzle for freedom of speech? If Dr. Tam doesn’t believe in them – which is unlikely – then she shouldn’t be touting nor enforcing them.

Should the Church obey state imposed guidelines? Well, that depends what you mean by ‘should’. In one sense, yes, it’s generally a good idea to obey civil laws, which makes for a harmonious, well-ordered society. But if those same laws become counter-productive, or worse, well then…

We must keep in mind that the Church transcends the State, and has no a priori obligation submit herself to the state or its laws. To posit so is the error of Erastianism, that the Church is just one society amongst many in the body politic, and can be treated as such. The Church, rather, is the Mystical Body of Christ, Whose Head is Christ Himself, the Second Person of the Blessed Trinity, King and Lord of heaven and earth, and of every political ruler, whether they know it or no.  Countless martyrs – Thomas a Becket being one of the more famous – died for this truth. If the Church and her bishops obey the laws of the state, that is, should be, and should be seen to be, their decision, not the state’s. The Second Vatican Council in her Decree of Bishops (Christus Dominus) teaches as much:

In discharging their apostolic office, which concerns the salvation of souls, bishops per se enjoy full and perfect freedom and independence from any civil authority. Hence, the exercise of their ecclesiastical office may not be hindered, directly or indirectly, nor may they be forbidden to communicate freely with the Apostolic See, or ecclesiastical authorities, or their subjects. (#19, emphasis added)

Anachronistic? Well, if that literally means ‘timeless’, then the Church’s teachings are indeed so, transcending the vagaries of our anxieties, fears, even our pestilences and crises. It is my opinion that churches should never be locked down, for they are, as the rather arbitrary saying goes, ‘essential’, more so than Wal-Mart and the LCBO. People can nearly crawl all over each other in retail stores, at bus stops and train stations, along with various ‘approved’ protest marches, but getting within twenty feet of each other at church is somehow lethal? ‘Alternatives to public gatherings’, as in watching Mass on YouTube, do not sufficnot in any medium-to-long term sense. They are simply not sacramental.

When Christ revealed the reality of His ‘flesh and blood’ in the Eucharist, ‘many left Him’, for it was a ‘hard saying’. The Church has many ‘hard sayings’ that only Faith can accept. But, as Peter replied when Christ asked if they would leave Him as well, ‘Where else do we go?’.

Some may choose to go along with Tam and Trudeau. And so be it.

But we are for Christ, and Christ is for God. The truth will endure, and will be made manifest in due course.

Many graces and blessings in these latter days of Advent, as we prepare for the birth of our Saviour +