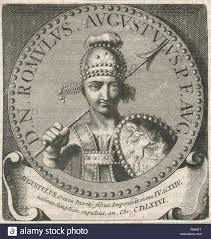 ‘Tis All Hallowed Eve, the vigil of All Saints’ Day, first officially instituted by Pope Gregory III (731 – 741), during what we know ironically as the ‘dark ages’, for during which many things of light occurred, such as this glorious feast, in an oratory in Saint Peter’s (not the glorious structure we now stands on that spot, constructed during the renaissance). Since then we have celebrated with great joy all the saints, known and especially those unknown, our own ancestors, grandparents, parents, relatives and friends, now enjoying heavenly bliss.

This is also, less felicitously, the 502nd anniversary of the restless Augustinian monk Martin Luther posting of his ’95 theses’ to the church door in Wittenburg. Its contents, about the nature of indulgences and such, would read rather picayune to our ears accustomed to far more vivid scandals. But that sheaf of paper set off the still-continuing conflagration and fragmentation known as the Protestant reformation. Small events may mean a lot more than their size may at first indicate

On that note, this October day is also the anniversary of the accession of Romulus Augustulus, the last Emperor of Rome, named after one of the two brothers who founded Rome in their legends. His ‘real’ name was Augustus (a title first adopted by Caesar’s nephew, under whom Christ was born), but was so pathetic and powerless that the moniker Augustulus, ‘little Augustus’, stuck. His deposition in 476 by the barbarian general Odoacer – on September 4th, is seen by some as the ‘fall’ of the Roman Empire, even if others see this as more of an alteration, shall we say, from rule by descendants of nobility to rule by a more barbaric code – hence, the ‘dark ages’.

We are in our own dark ages, ruled now by different, and more sinister, kind of barbarian, as Chesterton was wont to point out and prophesy. Witness Peter McKay, a self-styled ‘conservative’, a rather pathetic figure, always chasing leadership and never quite grasping it, recently claiming that Andrew Scheer lost because of the ‘stinking albatross of social conservatism’ – yes, those are his words – hanging around his neck. And we all know what is meant by ‘social conservatism’ – any belief in objective morality, that certain actions are wrong semper et pro semper, to use Pope Saint John Paul’s words. We are so far from that in Canada, allowing our children to be indoctrinated in a Godless school system now for more than two generations, that we call evil, good, and good, evil, to paraphrase Christ, and the transvaluation of all values, to quote a devoted enemy of the Galilean, Nietzsche.

A significant number of Canadians now see Hallowe’en as their favorite holiday, and not in the sense of the vigil of All Saints, but all the glorification of horror, evil, blood and mayhem in which we are all too steeped in reality. As Sean Fitzpatrick points out this morning in Crisis, we are dressing up as ourselves.

As a cultural artefact, here are some lyrics to a popular song by the band One Republic, one I have listened more than once, but never caught the lyrics. Then again, does one have to ‘catch’ the lyrics to have them seep into our brains in some insidious way?

A fitting memento to our generation in love with Thanatos, with death itself. It bodes not well to consort with the goats.

We, as Catholics, are hopefully frolicking joyfully with the safely grazing sheep, celebrating life in all its fullness offered by Christ. To return to Pope John Paul on this holy evening:

Amen to that, and keep those candles burning.

The Comedic Tears of Saint Lawrence