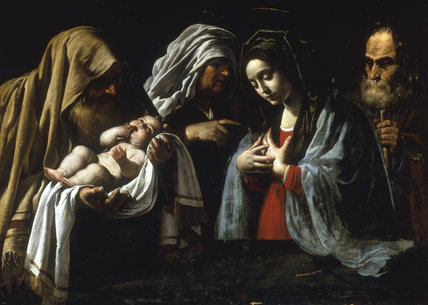 A blessed feast of the Presentation, also called Candlemas, celebrating the dedication of the child Jesus in the Temple, the purification of Our Lady after her childbirth, and the beginning of Christ’s mission as a light unto the Gentiles, the salvation of the whole human race. For some musical devotion, I would highly recommend two cantatas written by Bach, Mit Fried und Freud ich fahr dahin and Ich habe genug, both composed to celebrate the feast.  The Lutherans, after their divergence from Catholicism, kept a strong devotion to Our Lady, and Bach himself composed much in honour of the Mother of God.

Well, it has happened, as predicted:  The ‘Medical Assistance in Dying’ law approved physician-assisted suicide in 2016, but with the proviso that no physician would be required to commit or refer for euthanasia.  Well, verily two days ago, three judges on an Ontario Division Court yesterday unanimously ruled that physicians, even if fundamentally opposed in the depths of their conscience, must effectively refer for the procedure. That is, they must ensure that the doctor to whom they send the patient will actually kill him.

Of course, this is rank formal cooperation in a grave moral evil, accessory to murder and suicide, much similar to 1930’s Germany, and hence must be resisted at all costs by those of upright conscience.

If not, what this means is that our physicians soon will all be potential murderers, men of seared conscience as Saint Paul described, deeply compromised with evil, bureaucratic antiseptic oh-so-compassionate assassins.  As Chesterton predicted, the new barbarians will be wearing labcoats instead of animal fur, but their pagan philosophy much the same.

Ontario registered over one thousand official deaths (1030 to be exact) by physician-assisted suicide last year, and that number is soon to rise dramatically, especially as the line between ‘voluntary’ and ‘involuntary’ euthanasia, and the notion of ‘intolerable’ suffering become ever-more blurred. Welcome to the Brave New World, and the reign of the culture of death, or what Walker Percy poetically described as the thanatos syndrome.  In a gravely serious irony, a hospital may soon be the last place you’d want to go for any life-threatening illness.

In my recent take on men as sitting ducks, I wondered whether women still need men. On any number of technological and cultural levels, they do not: Jobs a-plenty, in both the public and private spheres to fulfill various female quotas (exhibit A would be Trudeau’s ideological desire to have Parliament evenly divided between male and female, by force of law, if necessary, and it will be); more and more women find their ‘soul-mate’ with a member of the same sex, for women are so much less bother than men, and, if children are not part of the equation, who needs sex with uncouth and unpredictable men?

And, now, if they want children, there is in-vitro fertilization, artificial insemination, surrogacy or adoption, much of it paid by the State (those barbarians again).

As the 80’s pop song sung by the Scotswoman Annie Lennox used  to go, I need a man.  Well, not anymore, baby.

All apparently neat and tidy, until you peer behind the facade, at the ageing, lonely women, dedicated to their ‘careers’, none of which fulfill them in the end.  All too often, when they try these various technological avenues to ‘achieve’ motherhood in their thirties and forties, or even later, using embryos sometimes kept frozen for a decade or more, these tragic women find they do not work, as a recent article in the National Post described. And besides all of the moral evils involved, with children being bought and sold and stored like products on Amazon, we still do not know the long-term effects of freezing upon the embryos themselves.

Paula Adamick is right: Much of what we see in the #MeToo movement is a bitter reaction against what women at some level know they want and need, that for which they were created by God, to be a wife, a mother, an integral part of that quaint notion of a ‘family’, without which there is no society to speak of.  Without that fundamental cell of society, the centre cannot hold, as Yeats wrote, things fall apart, and a blood-dimmed tide rises upon the world.

Of course, to return to where we began, Christ is the light, the way, the truth and the life, and the victory is His, and ours if we so choose. So, to paraphrase Moses, choose life, then, all you ladies out there (and gents as well), so that you and your descendants may live.