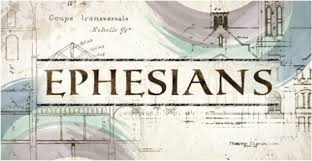 Among the many fruitful ways of understanding the writings of St. Paul is to focus on the connection that he makes again and again between some important facet of the mystery of Christ and the ways in which Christians ought to live.

In this first of a series of essays, let us take up the Epistle to the Ephesians.  In future essays we will be able to explore this theme in his other writings.  By looking at each letter in turn we may be able to draw for ourselves some of the fruit that Christians over the ages have drawn from reading of St. Paul.

The mystery of Christ is so rich that no one image or model can exhaust the subject. Perhaps it is for this very reason that St. Paul chose to emphasize different aspects of Christ in each of his writings.  The letter to the Romans, for instances, shows him as creating the New Covenant by His blood and then elucidates the way in which Christians are to live out this Covenant. In many ways this letter evokes the stories of the creation of the Old Covenant in the books of Exodus and Deuteronomy and the way in which his Chosen People were to live out the Covenant by keeping the Commandments.

The letter to the Philippians, to take just one other case, shows us Christ pouring himself out for our salvation and taking on the form of a slave by assuming our human nature rather than clinging to his own proper and exalted status as the Son of God.  It then lays out an ethics and a spirituality of humility.

In the letter to the Ephesians the central image is Christ as the head of his body the Church (1:15–2:24).  By his headship, he gives unity to the Church for the sake of directing its mission to the whole world (3:1–4:24). Flowing directly from the fact that we are to be members of his one body the Church there are various implications for our lives and conduct (4:25–6:20).

This letter originates from the time of Paul’s captivity in Rome.  He repeatedly mentions of his imprisonment (3:1, 4:1, 6:20). One could easily understand it if Paul were feeling cut off from the body of the Church at this time.  But, quite the contrary, he explains from the start of the letter that he feels himself part of the ecclesial body throughout the world by reason of the universal headship of the Lord Jesus: “And [God the Father] has put all things under his feet and has made him the head over all things for the church that is his body, the fulness of him who fills all in all” (1:22-23).

It is precisely by grasping the Christological teaching at the core of Paul’s approach that we can better understand the specific character of the spiritual and moral advice that he gives in the second half of each letter. These directives are not just Paul’s personal ideas and not merely the residue of his training as a Pharisee. Rather, they come directly from the particular aspect of the mystery of Christ that is emphasized in each letter. For this reason they are crucial for authentically living the Christian life and are truly normative for Church doctrine.

In the first two chapters of Ephesians we find this letter’s Christological theme. From before the foundation (the creation) of the world (1:4), God mercifully chose (2:4) to send his Son to redeem us (1:7) from our sins (2:1-10).  His incredible generosity is especially manifest in that this redemption extends to the Gentiles (2:11) and not only to Israel (2:12). The Son’s mission is to reconcile the whole world with God by incorporating both Jew and Gentile into one body (2:16), thereby making it possible for all of us, whatever our heritage, to be adopted (1:5) into the household of God (2:19) as the sisters and brothers of Jesus, the children of God by baptism.

The next chapter and a half (3:1–4:24) concerns the Church that is the body of Christ. These remarks are not only about the congregation in Ephesus but about the Church as a whole. In establishing the Church, Christ gave it a clear purpose: to make known something that had not been disclosed to earlier generations (3:5), namely, that God’s plan for salvation (3:9-10) includes not only his chosen people but all the other nations.  In Greek, this universality is stressed when we call the Church “Catholic” (kat’holou, literally “through the whole [world]”).

The first half of the fourth chapter stresses an important way in which Christians should reflect the unity that Christ gave the Church.  The members of his body are “to lead a life worthy of the calling to which you have been called, with all lowliness and meekness, with patience, forbearing one another in love, eager to maintain the unity of the Spirit in the bond of peace” (4:1-3). There is, he tells us, one body and one Spirit, one Lord, one faith, one baptism, and one God and Father of us all (4:4-6). In reciting this litany of unity, Paul is not merely voicing idealistic words of exhortation but making a direct application of the specific aspect of Christology that he used as the cornerstone of the letter.

Paul’s way of developing this idea unfolds through a review of the variety of the blessings that Christ bestows on the Church (4:11-17). Some are to be apostles, some prophets, some evangelists, some pastors and teachers, and so on, but all are to contribute to “building up the body of Christ” in “a unity of faith and knowledge of the Son of God” and reach maturity “according to the measure of the stature of the fullness of Christ” (4:12-13). The surrounding verses in this passage recount ways in which the growth that God intends could be stunted by childishness and by living no differently from Gentiles who have not been incorporated into the body of Christ. Those who still “live in the futility of their minds” (4:17) are darkened in their understanding and alienated from the life of God by reason of “the hardness of their hearts” (4:18).

In the final portion of the letter (4:25–6:24) Paul turns his attention to the daily conduct of Christians. Read out of context, this passage is sometimes misinterpreted as a benighted imposition of Paul’s personal opinions and consigned to the sphere of anachronistic advice that modern Christians can and should ignore. Read in context, the message here is challenging but crucial for authentic Christian living. In fact, Paul’s introduction to it has the spirited nature that it does precisely because he understands how challenging it will be to live as true Christians: “Put off your old nature that belonged to your former way of life…, be renewed in the spirit of your minds, and put on the new nature, created after the likeness of God in true righteousness and holiness” (4:22-24).

The details are as bracing as they are illuminating. “Be angry,” he begins, “but do not sin; do not let the sun go down on your anger and give no opportunity to the devil” (4:26-27). Some cultures, admittedly, find any expression of anger as an embarrassment, but Paul understands even anger to have been one of God’s gifts. It is a bodily passion that gets us worked up about the wrong of injustice, and as such God made us to have it, and yet not to be ruled by it. Paul’s clear instruction is to put even our angers under the direction of a mind that wants to reflect Christ in all things. By directing us to deal with our angers before sundown, Paul gives us eminently practical advice. There are to be no long-held grudges, or even the disproportionate resentments that come from giving the devil the chance to work on us over night!

After giving similar instructions about such hard emotions as bitterness and wrath, Paul turns in his fifth chapter to the sphere of attraction, desire, love, and marriage. He warns us against any form of impurity, greed, drunkenness, and covetousness (5:3-20). His teachings on marriage, in particular, brings out the implications of Christology for morality that have been prominent throughout this epistle.

Husbands and wives are to be mutually submissive to one another, out of reverence for Christ (5:21). Wives are to obey their husbands as the Church is to be subject to Christ (5:22-24). Husbands are to love their wives and to be ready even to die for them, as Christ loved the Church and gave himself up for her (5:25-27). It is hard to imagine a text in which Paul makes more clear the rootedness of morality and spirituality in the life of Christ and the Church. His additional comments about the way in which the New Adam sanctifies and purifies his bride by his sacrifice for her on the Cross evokes a memory of the way in which the Old Adam failed to do that for his bride and instead joined her in sin (Genesis 3:6-7).

The sixth chapter applies the root-image of Christ as the head of his body the Church to other domestic relations, those between parents and children as well as those between the heads of households and their servants. Christians are to think of themselves as “servants of Christ, doing the will of God from their hearts” and “knowing that whatever good anyone does, he will receive again from the Lord” (6:6-7). We are to trust not in our own strength, but in the strength of Christ. Paul then develops this point by meditating on the image of putting on the very armor of God, in order to be able to withstand the wiles of the devil (6:11-20).

Father Joseph W. Koterski, S.J. is a Professor in the Philosophy Department at Fordham University, in the Bronx, New York.