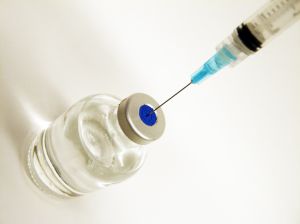 Opinions on the ‘vaccine’ range from those who see it as the prophylactic panacea to bring us back to peace and normality – whatever that may now mean – all the way to those adamant that they will never take the hastily approved conspiratorial concoction, come hell or high water. There is a widening divide separating many of us.

Hence, here, I will simply offer some general principles, after which I will offer my opinion, whatever that may be worth.

Every moral act ultimately boils down to our conscience, that ‘still small voice’, that act of judgement on our own moral actions, on which I offered some thoughts from Saint Thomas, in light of law and obedience. Our conscience must be as informed as we might make it, so that we can judge as much in accordance with objective truth.

One of the primary objections to the vaccine is the link of some variants to abortion, either derived as some of them are from the cell line of an aborted baby decades ago, or tested thereon, which raises the question of co-operation in the grave evil of pre-natal murder.

To take an example of the latter, here in Canada, part of our tax dollars goes towards abortion and a host of other evils, which is, in some remote sense, material co-operation. But it is not formal, for I do not will it. After all, Christ urged Peter to pay the tax for both of them to the Roman authorities – even miraculously finding a coin in the mouth of a fish  (Mt 17:27) – and we would be hard pressed to argue that the Romans did not get up to a whole lot of evil, Christ’s prophetic reference to Pontius Pilate mixing the blood of the Galileans with their sacrifice, a case in point (Lk 13:1). And perhaps part of that payment went towards the wood and nails and the wages of the soldiers in the Son of God’s own crucifixion.

We are not responsible for everything Trudeau does with our taxes – Trudeau is.

However, if they were to put a box on my tax form prescribing a specific contribution to abortion – or in Trudeau’s own demand a few years ago that businesses sign their support for ‘reproductive rights’ to receive summer job grants – well, then we’d have to draw the line.

Might a plumber in good conscience fix a water pipe in an abortuary? Or the bathroom?  What of a contractor fixing the walkway, or the sidewalk outside? There are grey areas here.

And even more, are we all doing all that we should to stop the holocaust of abortion? Or other evils, now euthanasia, and child mutilation in the name of ‘gender dysphoria’? When does material co-operation – even in not doing what we’re meant to do – become formal, involving our will, and so making us imputable for the act? Recall the Germans who closed their shutters to the sound of the trains rolling by on the way to the death camps…

Many of these matters are not easy to discern, and there are few certain a priori answers, besides the obvious cases of direct and formal co-operation in the act of abortion itself (which, for abortion, carries the sentence of excommunication, latae sententiae).

To the point at hand, the Congregation for the Doctrine of the Faith (CDF) offered counsel in the 2008 Instruction, Dignitatis Personae, on the use of vaccines tainted with abortion:

Of course, within this general picture there exist differing degrees of responsibility. Grave reasons may be morally proportionate to justify the use of such “biological material”. Thus, for example, danger to the health of children could permit parents to use a vaccine which was developed using cell lines of illicit origin, while keeping in mind that everyone has the duty to make known their disagreement and to ask that their healthcare system make other types of vaccines available. Moreover, in organizations where cell lines of illicit origin are being utilized, the responsibility of those who make the decision to use them is not the same as that of those who have no voice in such a decision. (35.4)

For a scientific application of these principles, a recent reflection in First Things offers a helpful medical, as well as pro-life, perspective, whether or note we agree in the details.

Last December 19th, the CDF issued an updated statement, specifically on the Covid vaccine, one that has stirred some controversy. Really, it says nothing new, reiterating the distinction between material and formal, remote and proximate cooperation. But it does seem to offer greater allowance, in the principle of double effect, for taking the vaccine. That is, one may tolerate an evil, for the sake of a greater good, or to avoid a greater evil. But we may never do a moral evil, regardless of how much good is attained, or evil avoided.

As far as the vaccine goes, here is the penultimate paragraph of the brief one-page instruction:

I often wish the modern Magisterium were a bit more clear and precise. As I’ve mentioned any number of times before, it is impossible in this life to ‘avoid any risk’. Attaining of such an asymptote is impossible – how does one reduce risk to absolute zero? And, I wonder what ‘prophylactic means’ and ‘appropriate behavior’ might be?

Certainly, we should protect the vulnerable, which is common sense. We should also keep in mind that these instructions from the Vatican are meant to guide our conscience, but they are not definitive, nor infallible, and are certainly not our conscience itself.  For now, we should interpret this as best we might, in light of our that same conscience, the proximate norm of morality, the aboriginal Vicar of Christ, in Newman’s phrase, and upon that, and that alone, will we all be judged.

I said I would offer my opinion, even if each must decide in his own conscience how to proceed. For now, I will pass on the vaccine, as I don’t think I need it, not being in the vulnerable category, as far as I can tell, and the principle of double-effect would not apply.

But, more to the point, I don’t fully trust its makers and designers, its supporters and financial backers, nor even those who would administer the needle. ‘Tis a sad thing that our medical establishment, once so trusted, has, with its courting the culture of death, become so suspect. How does one put one’s faith in a physician, who would treat your cancer one minute, then sign a referral for your euthanasia the next? Or an ob-gyn who heals and cares for your unborn child because it’s ‘wanted’, and destroys another, because it’s not? Almost all of our medical personnel – at least those under a certain age – are tainted with some level of co-operation in the culture of death.

There is some evidence – albeit, anecdotal, thus far – of deleterious side-effects from certain of these vaccines, rushed into service. There are adverse reactions in some to any vaccine (which, after all, is an attenuated form of the disease). Time will tell.

On the question of whether there might be a deeper and more sinister dimension to this vaccine, I would hesitate to speculate. I strive to avoid paranoia, but the question is one that many are asking and, I must admit, there is no way to answer entirely in the negative. We might wonder how ‘they’ – whoever they are – would get away with such a global conspiracy.

Then again, it was not that long ago – up until the seventies – that forced sterilization of selected groups was the law of the land in Canada and the United States, and it’s still not technically illegal in America. There are also claims the U.N. continued to surreptitiously sterilize women in poorer countries via vaccines – recently by the Catholic bishops of Kenya in 2014 – but irrefutable evidence is hard to come by, as is always the case in epidemiological studies.

As one saying has it, trust takes years to build, seconds to ruin, and forever to repair.

We should at least know and have some significant level of faith in what’s being put irrevocably into our bodies. So what what research you might. We’re living in strange and interesting times, and we must keep our wits, and our conscience, about us.

More thoughts, perchance, in subsequent reflection, as we take this to prayer and pondering. Stay smart, strong, faithful, peaceful and free.