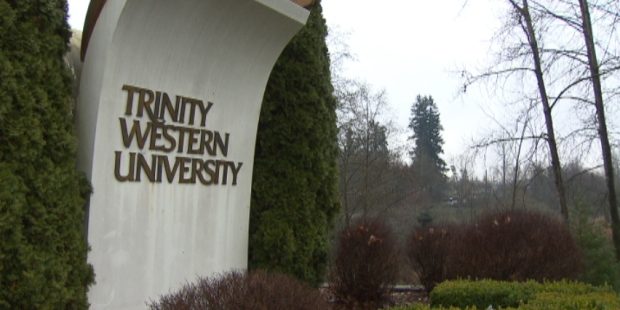 Back in June of this year, I wrote a piece on the travails of Trinity Western University, and how they had been refused accreditation for a law degree based on their ‘covenant policy’, to which all students must agree, that they will refrain from sexual activity except that within a lawful marriage (that is, between a man and a woman, both of them free to marry).

This case went all the way to the Supreme Court, which, just prior to my article, concluded in a   decision that denying TWU a law degree was the just and right thing to do, based on their (alleged) discriminatory policy.

As I argue, discrimination of some sort is requisite and necessary for every society; for if societies did not somehow distinguish themselves and their members, how would they ever differ? There are any number of policies in Canada that ‘discriminate’ in favour of citizens, such as health insurance, education and freely entering the border. And this goes for smaller, subsidiary societies: One must subscribe to the beliefs and practices of the Catholic Church to be a Catholic (or Mormonism, for Mormons). One must show up for practice and be willing to play football to be counted on the football team. One must sing, and hopefully sing well, to join the choir.

Examples could be multiplied. Trinity Western, as a private university that more or less funds its own operations (unlike most universities in Canada, which are publicly funded by the taxpayer, to the tune of billions of dollars), one would think that TWU would be ‘free’ to set its own policies. As I pointed out in the aforementioned article, there are any number of other law schools across this land students of a more libertine sexual disposition might attend. Why not let TWU graduate lawyers who hold to Christian beliefs, sexual and otherwise?

But no. For such would be, well, ironically enough, ‘intolerant’.

Well, as you may have heard, dear reader, and as I commented recently, the governing body of Trinity Western has sadly capitulated, given up, thrown in the towel, toppled their king: Yes, the ‘covenant policy’ is no more, vaporized. Students are now free to have sex whenever, and however, they like, on or off campus, within the rather vague and dubious limits of Canadian law, just like every other student in the vast, marshmallow, milquetoast, hedonistic swamp of what passes for university life and education here in Canada. TWU will now, in policy, differ not much from the University of Toronto, Laurier or British Columbia.

I suppose they hope that this capitulation will endear them to the powers-that-be, namely, the accrediting bodies for law degrees (the Law Society of Canada), making said powers more amenable to their request, as TWU approaches, hat-in-hand, muddied copies of their covenant policy trodden underfoot, begging like Oliver for the crumb of that coveted legal accreditation.

I for one am sceptical that we need more lawyers in Canada, even those of a more Christian disposition. Lawyers or not, what we do need are more men of conviction, who can think, and think clearly, and act, and act boldly.

It is time, with Gandalf, to draw the line in the sand, and say, thus far, and no farther. The State has no right to dictate in the halls of academia, nor any private institution, and schools should be just that left alone to carry out their respective mission and purpose, barring grave malfeasance.

But then, we as a society differ on what ‘malfeasance’ means, do we not, which is the fundamental problem: Hands-off on abortion, a private choice between a woman and her health-provider, and we train physicians to kill; while the choice of a small private school on how its students comport themselves requires the heavy hand of State intervention. Tolerance is the highest good, except, of course, when it involves the toleration of Christian, nay, even just naturally-reasonable beliefs and principles.

This cannot end well. To continue the Tolkien analogy, the State is spreading its Sauron-esque tentacles ever wider, with ever-more deleterious results, now operating quite explicitly and openly, if still insidiously hiding behind the happy-face of ‘tolerance’, its apparatchiks advocating and spreading immorality, deviance, even murder (call it abortion and euthanasia if you like), and soon, just after Thanksgiving, fully legal psychotropic drug use.

It and its functionaries will brook no opposition, no dissent, no, ahem, intolerance. All must keep quiet and assimilate.

Who, we must ask, will now resist, stand up, and stand firm?