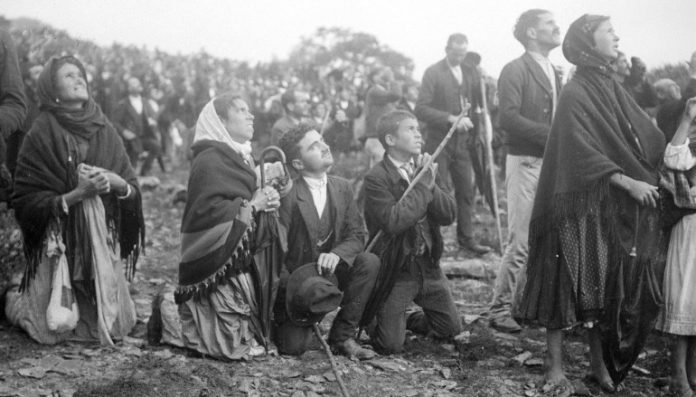 Destruction and violence are before me; strife and contention arise (Hab. 1:3). ⧾

Our first reading today is taken from the book of the Prophet Habakkuk, one of the Minor Prophets. It is a book that is only three chapters long that addresses a serious question: the problem of evil. O Lord, how long shall I cry for help, and you will not listen? … Why do you make me see wrongdoing and look at trouble? Destruction and violence are before me; strife and contention arise. In this prophecy for the first time in Israelite literature a man questions the ways of God. Habakkuk calls God to account for His governance of the world. And so the book moves from a certain doubt about the evil around us to a vision of how God will deal with it and finally to a basic trust in God no matter how bad things may appear to be. For there is a vision for the appointed time: it speaks of the end, and does not lie. If it seems to tarry, wait for it; it will surely come, it will not delay… but the righteous person lives by faith (Hab. 1:3). Both St. Paul and the author of the Epistle to the Hebrews quote this text from Habakkuk in order to stress the importance of faith and perseverance in times of persecution. So we read in the Epistle to the Hebrews: ‘But my righteous one shall live by faith, and if he shrinks back, my soul has no pleasure in him.’ But we are not of those who shrink back and are destroyed, but of those who have faith and keep their souls (Heb. 10: 38-39).

It would seem that we are living in the appointed time and the vision for the appointed time was given almost one hundred years ago at Fatima in Portugal. The 13th of this month will mark the one hundred and fifth anniversary of the last of the apparitions of Our Lady and the miracle of the sun, witnessed by approximately seventy-five thousand people; one of the most remarkable events in human history. These events have led many to associate Our Lady of Fatima with the Great Sign described in the Book of the Apocalypse of St. John, which states: And a great sign appeared in Heaven: A woman clothed with the sun, and the moon under her feet, and on her head a crown of twelve stars (12:1). The six apparitions of Our Lady at Fatima comprise the key to understanding what has transpired and continues to unfold both in the world and in the life of the Church. We do well to heed the request of Our Lady to pray the rosary every day, for peace in the world and for the conversion of sinners.

Our Lady appeared to Jacinta, Francisco and Lucia over a period of six months on the 13th day, and in the course of these apparitions the children were given to hear and to see prophetic signs. What is certain is that there is great significance even in the smallest details surrounding the works of God. Lucia noted that Our Lady of Fatima always had a star on her tunic…the light of Our Lady was white and the star yellow. Some statues depict this important detail. The five-pointed star on Our Lady’s tunic is believed by many to be a heavenly reference to the Biblical Queen Esther; the young Jewish girl named Hadassah who would later become Queen and save her people from destruction. Another point of reference to the Book of Esther is the fact that Our Lady appeared on the 13th of the month from May to October. In the Book of Esther we read that the 13th of the month Adar was the date set when all the Jews in the ancient Persian empire of King Ahasuerus were decreed to be massacred. Queen Esther’s intercession before the king was able to obtain the reversal of the death sentence. To this day the Jewish people celebrate the day following the 13th of the month of Adar as the Feast of Purim and so celebrate the deliverance of the Jewish people from destruction.  In their commentaries on Sacred Scripture, the Fathers of the Church see in Queen Esther the figurative role of the Blessed Virgin Mary as intercessor for humanity before the throne of Christ the King. The Fatima message is indeed an apocalyptic warning to our times to help us avoid ruin in this life and in the life to come. We must not be of those who shrink back and are destroyed, but of those who have faith and keep their souls (Heb. 10: 38-39).

When we look at the recent history of the Church in light of the message of Fatima, more than the violent persecution in so many parts of the world, the Church has experienced and continues to experience a mass apostasy. On October 13, 1977, on the 60th anniversary of the apparitions, Pope Paul VI observed:

The tail of the devil is functioning in the disintegration of the Catholic World. The darkness of satan has entered and spread throughout the Catholic Church even to its summit. Apostasy, the loss of the faith, is spreading throughout the world and into the highest levels within the Church.

These are very sobering words spoken by a pope. A few years earlier, this same pope who had brought the Second Vatican Council to a close had observed:

We believed that after the Council would come a day of sunshine in the history of the Church. But instead there has come a day of clouds and storms and of darkness of searching and uncertainties…It is as if from some mysterious crack, no it is not mysterious, from some crack the smoke of satan has entered the temple of God (Sermon of June 29, 1972).

How are we to understand these events and how can we assure, to quote a phrase used by Our Lady herself, that the dogma of the faith will always be preserved here?

In 1970, a momentous year at least in matters liturgical, Sister Lucia of the Immaculate Heart, one the Fatima visionaries spoke of a diabolical disorientation afflicting the Church, and now, some fifty years after, it would seem that her assessment was more than correct. The tyranny of novelty has emptied our churches and has ruined many lives. The time is now short. Let us amend our ways and seek refuge in the Immaculate Heart of Our Lady, Our Mother and Our Queen who interceded for us. The Holy Rosary and devotion to the Immaculate Heart of Mary will enable us to keep our souls.

Above all, let us hold fast the confession of our hope without wavering, for he who promised is faithful; and let us consider how to stir up one another to love and good works, not neglecting to meet together, as is the habit of some, but encouraging one another (Heb. 10:23-24).  ⧾