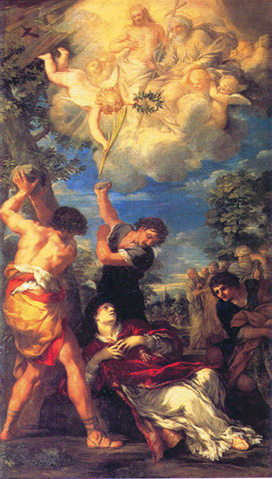 A very merry, holy and joyous Christmas to all our readers!  The twelve days of Christmas traditionally goes until the solemnity of the Epiphany, on January 6th (in Canada, as with so many of our feasts, transferred to the nearest Sunday).  But Christmas began yesterday, so continue the celebration!

But to the point at hand:  Quebec makes one more giant step towards its own cultural and demographic suicide just in time for Christmas, with the top court of the province siding on December 22nd with the government against a group of physicians who asked for a delay in implementing the law (Quebec’s legislative assembly legalized ‘euthanasia’ on December 10th).  Doctors are now permitted, and will soon be required one may predict, to carry out what is euphemistically termed ‘assisted suicide’, but is really physician-assisted-murder, as I described last year in the case of Brittany Maynard .  Sad, sad, sad, when the only way out is murder-suicide.  What was once la belle province, and the bastion of Catholicism in North America, is now often a bellwether of our cultural and moral decline.

It may not be long before the rest of Canada follows suit, with the ruling of our federal Supreme Court in favour of such physician-assisted suicide  last February.  But the federal government is finding it difficult to craft reasonable legislation in this area, mainly due to the fact that it is so unreasonable.  There is already talk of ‘age discrimination’ in forbidding the option of murder-suicide to children, and an ‘expert panel’ has recommended that children be given the option of  choosing death as well.  Who’s to say who is too young, especially when the suffering is ‘unbearable’?   As Maureen Taylor, a ‘physician assistant’, whose thoughts say volumes about our modern medical establishment, put it:

We just didn’t feel that to make an arbitrary decision that, at 17 years and 364 days you wouldn’t meet the criteria, but the next day you would, we felt that wasn’t the way to go.

I have argued the same thing about our oppressive alcohol laws, but that is a whole different moral question than seeking death at the hands of your doctor.  The powers-that-be are fine with making it illegal for a ‘child’ at 18 years, 364 days, 23 hours, 59 minutes and 59 seconds to drink a beer, but, hey, go ahead and have yourself offed at your local outpatient clinic at the tender age of 12.  Will such ‘children’ need their parents’ permission, I wonder?

And we need not speak just of physical suffering, for even depression, ennui, boredom with life can be grounds for seeking death.  Who’s so say what pain is sufficient for entering into the great beyond where there is no suffering (or so they presume).  Any legislation opening the door to physicians killing people will be a moral quagmire leading to great evil, as the German people found out under the Nazis, who began their holocaust by putting to death ‘undesirables’, mainly, the psychologically and physically deficient, yes, by physicians under the authority of the law.  It won’t stay with physicians for very long.

Today’s feast of Saint Stephen the Protomartyr reminds us that there will be a reckoning of our actions before God.  Read through Stephen’s condemnatory speech to the Jewish leaders in chapters 6 and 7 of Acts.  We would be tempted to label such a lambasting as ‘judgemental’, but, then, sometimes we are indeed called to judge and condemn, at least external actions, for it is no mercy, even or perhaps especially in this Year of Mercy, to leave people in bad conscience, ‘uncircumcised in mind and heart’ as Stephen calls the hard-hearted Pharisees and doctors of the law.  But Stephen’s audience ‘refused to listen’ and ‘stopped their ears’, as does our modern culture.

The euthanasia debate is in a fundamental way part of our modern tendency to exculpate evil, especially through psychological-medical terminology.  Another case at hand:  A soldier from the ‘elite’ JTF squad apparently murdered his pregnant wife just before Christmas, stabbing her and throwing her off their 22nd floor apartment balcony, before jumping off himself, and this just after posting a photo on Facebook of the two snuggling, with the tag-line ‘Happiness is…”.  Well, clearly, at some level of his being, he was not happy.  God rest their souls, and, to paraphrase Saint Stephen’s prayer, ‘may this sin not be held against him’.  The ‘intelligence officer’ was apparently also suffering from PTSD, the catch-all ‘post-traumatic stress disorder’ that seems to explain a lot of bad behaviour in our world.  I suppose soldiers have always had such stress since there have been wars and rumours of wars, and I would think that in last century’s two world wars, far greater in extent than our modern conflicts, the myriad of veterans came home with deep scars, physical and mental, but there does not seem to have been the spate of violence we now see.  Is part of the problem our tendency to outsource our conscience to psychology, and therefore seeing ourselves as not to blame?  I recall reading the original story of Rambo as a teenager in the disturbing 1972 novel First Blood by David Morel, before Rambo was turned into a comic-book figure by Sylvester Stallone.  A Vietnam Green Beret veteran, ‘Rambo’ (he has no first name in the novel) only knew violence, trained in how to kill.  Unable to reintegrate into society, Rambo wanders aimlessly through America, and, finally triggered by a local sheriff with a grudge, goes on a sort-of defensive murder rampage through a small town.  This was before the term PTSD had been invented, but Rambo was still to some degree to blame for his actions.

We are not biological machines who just ‘break’ one day, but complex spiritual beings who decide our own destiny through each and every one of our moral choices.  I just re-read Dickens’ A Christmas Carol, part of whose message is that we choose who we become, primarily through the medium of conscience, which is nothing else but a self-judgement upon our own actions or, as the Catechism defines it, “judgment of reason whereby the human person recognizes the moral quality of a concrete act that he is going to perform, is in the process of performing, or has already completed“, a judgement that binds us to act, or not to act.  I will have more to write on conscience, and the desperate need in our culture to reappropriate and understand properly this most vital link between God and man, upon which we ourselves will be judged.  But that final judgement is nothing else than a revelation of how we have judged, or not judged, ourselves, so to speak. Scrooge pleads with his final ghostly visitor that his tragic fate may not be sealed or, well, fated.  His own guilty conscience was revealed to him in a merciful way before death, and he could, and did, ‘change the future’, all for the better.  The enduring popularity of the story rings with its own truthfulness.

And speaking of changing the future, or at least the world, I don’t think our powers-that-be have (yet) blamed PTSD on climate change, but a story today blames the other ‘catch-all’ of global warming-cooling-whatever for the spread of a new virus with the ominous name Zika, caught by the bite of mosquitoes.  Like the West-Nile scare a few years ago, the symptoms range from mild in many victims, to severe in some.  The virus originated first in Asia (why do they all seem to start there?), and has now reached the shores of South America, causing 2400 women to bear microcephalic babies, whose skulls and brains are tragically undersized, and who soon die.  The response of the medical establishment?  Stop having babies!  Where was I about the culture of death?

But there is hope:  Saint Stephen’s murderers, for whom he prayed as he died under the stones they hurled at his broken body, laid their garments at the feet of a young man named Saul, a zealous Pharisee who consented to his death, later Saint Paul, the proto-convert who, as today’s Office of Readings proclaims, now rejoices in heaven with his erstwhile victim.  The truth and life, one way or the other, always win out in the end.

All is not lost, but these setbacks are all in a mysterious way part of the ultimate victory won by Christ.  So rejoice, Christians, for Our Lord warns in today’s Gospel that they will indeed drag us before courts, and have us ‘flogged’ (whether physically or metaphorically), with brother condemning brother to death, but he who perseveres to the end will be saved.  And that means perseverance in fidelity to the truth, to our conscience, and to Christ, whose birth we celebrate for the next twelve days at least.  That means keep the Christmas tree lit and the nativity set up, and make merry, for Christ has made all things new.