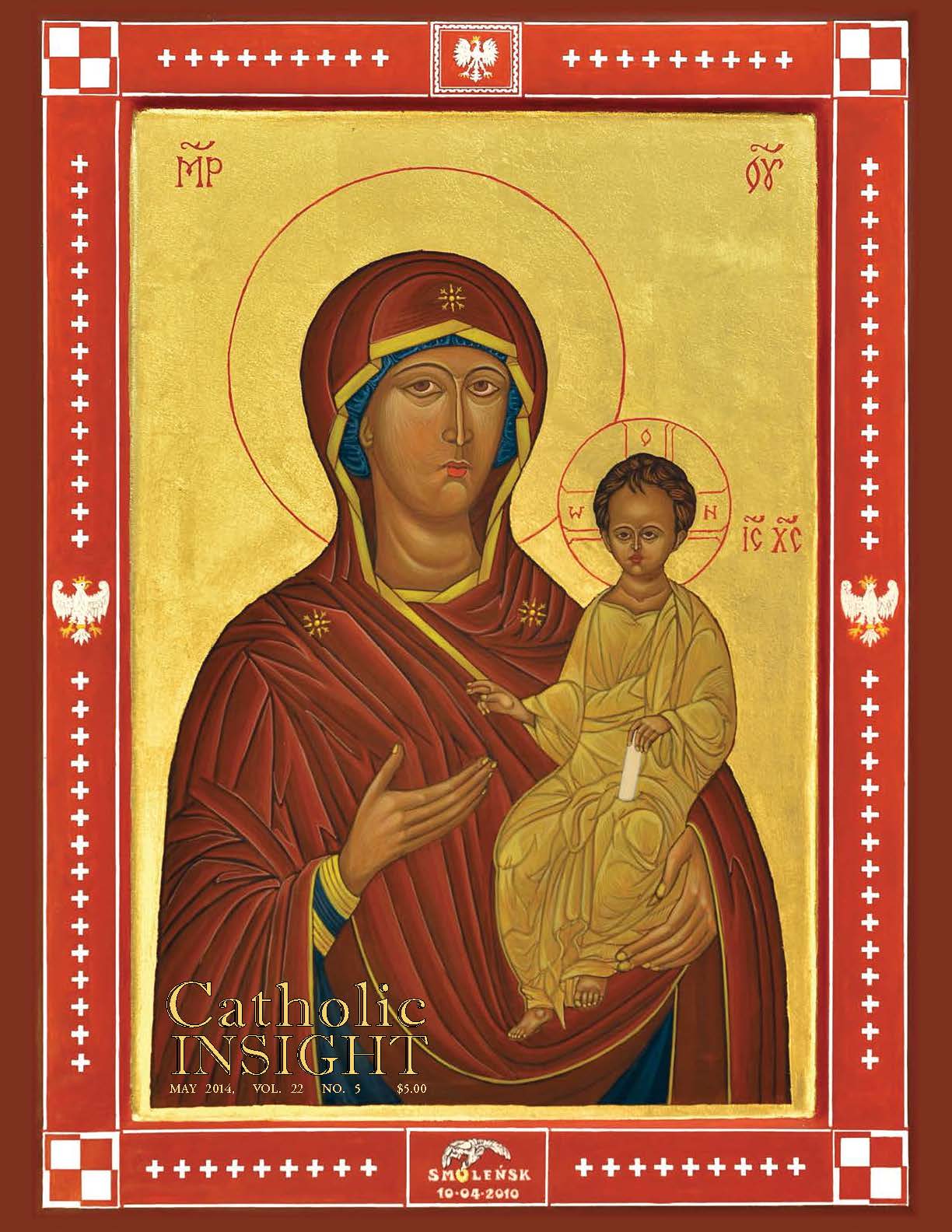 Our cover artist, Janusz Charczuk, was featured in our December 2012 issue. He is originally from Poland, where he graduated from the Technical University of Gdansk with a Master’s in Architecture. His studies encompassed the fine arts, including the principles of architectural forms, composition, freehand drawing, painting, sculpture, and the history of art. Janusz immigrated to Canada in 1985, where he worked as an architect, and began painting icons about fifteen years ago. His work, which is available for purchase, can be viewed at holyiconstudio.com.

Much has been said about Katyn and the tragic events that occurred there seventy-one years ago. Today, one cannot reflect on these tragedies without also recalling the catastrophic plane crash in Smolensk. On 10 April 2010, the village of Katyn became irreversibly linked with the city of Smolensk, and the two will forever represent great wounds in Poland’s history.

It seems like only yesterday that I was talking to my friend, Leszek Solski, about his forthcoming journey to visit the crude gravesite of his father, uncle, and thousands of others. With somber heart, he was anxiously awaiting this opportunity to at last commemorate his kin and he promised to share his experience with me upon his return.

He was unable to keep this promise. He and ninety-five others never arrived in Katyn.

I have thought of my friend and of the many others who died often since the tragedy. In my own attempt to memorialize those ninety-six individuals, I began sketching and my sketches eventually grew into my icon called “The Virgin Mary of Smolensk.” Though the centre of the icon features the traditional image of the Virgin Mary of Smolensk, I have adapted specific details to reflect the disastrous events of that early April morning. The insignia of the Polish air force, a white and red checkered pattern, is represented in the four corners of the frame. Also in the frame rest ninety-six white crosses, to symbolize the ninety-six lives lost.

In iconography, the colour red symbolizes love, warmth, and life. Red is a symbol of resurrection; of life’s victory over death. However, it is also the colour of martyrdom. White represents God’s universe. It is a colour of purity, holiness, and simplicity.