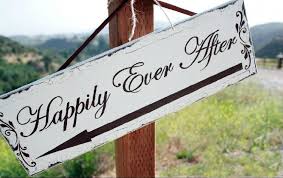 I attended a winter wedding this past weekend, something I have the honour and privilege of doing more often than most (attend weddings, that is, not specifically winter ones), as many of my former students make that bold and hope-filled move of tying the irrevocable knot.

I don’t think you will take it as news that there is a crisis of marriage, but even my cynical self was struck by a report that in Italy, not just in the number of divorces rising  but, more fundamentally, in the fewer and fewer people getting hitched in the first place.  There were 230,163 marriages in Italy in 2009, a number which dropped to 189,765 by last year’s 2014, a precipitous drop from an already low number.  Basically, marriage is disappearing, and this trend is occurring across Europe and North America.

But the picture is likely even worse than these numbers imply, for the reason that many of these ‘marriages’ may in fact not be marriages at all.

Here is the rub:  Marriage is both a natural, as well as a supernatural reality, raised to the level of a sacrament and a means of grace by Christ.  However, there is no sacrament without the true natural foundation, which is binding on all, Catholic, Christian, Buddhist, Muslim, atheist.  Since marriage is really a union of wills, before it is a joining of bodies, we must intend certain things with another person of the opposite sex in order to make a marriage:  These have been summarized in the Church’s teaching, following Saint Augustine, as fides, proles and sacramentum, that is, fidelity to the one spouse in body and mind (fides); openness to children (proles), and indissolubility of the marital bond until death do you part (sacramentum).

These are the foundations of marriage, or what the Catechism calls the ‘goods and requirements’ of matrimony (cf., #1643, ff.), without which there is no marriage.  Even if one of these intentions is missing, expressed in the vows and intended in the mind and will, the marriage is invalid.  Hence, it becomes ever more likely that, in the main, the only true marriages are found in Catholicism, which is the only institution that still expressly forbids divorce (hence, maintaining the sacramentum).

It used to be that most of the world more or less agreed with the Church’s view of marriage: infidelity (i.e., adultery) was widely denounced and condemned, divorce a rare and tragic thing, generally illegal, and children hoped for and expected.  Today, beginning with legislation broadening the reasons for divorce in Canada in 1968, quick and easy ‘no-fault’ divorce is the norm, adultery is widespread and to some extent socially acceptable (e.g., Ashley Madison), and more and more married couples remain childless by choice.

And further:  Not only must one state the three conditions for marriage in one’s vows, but one must also be able to intend such weighty requirements.   Are most young, and not-so-young, mis-educated and ill-formed couples prepared and able to take upon themselves the lifelong commitment of marriage?  As the current Code of Canon Law (#1095) states that the following are incapable of contracting marriage:

1/ those who lack the sufficient use of reason;

2/ those who suffer from a grave defect of discretion of judgment concerning the essential matrimonial rights and duties mutually to be handed over and accepted;

These latter  canons, especially the second (often jocosely called the ‘loose canon’) are the ones most often invoked in annulment cases.

Talk to any faithful priest, and he may tell you that he suspects that many of the marriages he performs likely lack one or more of the requirements of marriage.  Most young people, Catholic or not, are living together before marriage, a pleasant euphemism for ‘shacking up’, or, more technically, fornicatio simplex; they are using contraception; and they generally enter into marriage with some level of doubt about their partner’s or their own commitment, looking towards a divorce (or easy annulment) should things ‘not work out’, or someone better comes along (hence the presence of pre-nuptial agreements).

Besides these basic requirements for a valid marriage, there is the question also of compatibility, of building one’s marriage on a true and lasting friendship.  Someone told me that such compatibility may be summarized by the acronym P.I.E.S.:  Physical, intellectual, emotional and spiritual, and it seems to make sense.

We first notice the physical, their face, eyes and body, how they act and walk.  It seems essential to marriage that we must, at least to some degree, be physically attracted to and compatible with the other.

Second, we speak with them, and assess their intellectual compatibility.  Can they converse, have they read the same books, do they get our jokes, can they help teach the children and journey with us in the quest for the truth?

Third, we assess whether we are we emotional, or passionate, about the same things.  Religion, liturgy, sports, the outdoors, religion, Jedi folklore, nanotechnology?

And, finally, and most importantly, there is the spiritual, which binds everything else together: Whether they intend what we intend from marriage, to live a full life of prayer and sacramentality, to grow together in holiness, to sacrifice for each other, and for the children.

The Church is so insistent on these requirements for a true and good marriage that she in general reserves marriage to between two practising Catholics.  To marry a non-Catholic Christian requires a dispensation for liceity, and to marry a non-Christian (i.e., someone not baptized) requires a dispensation for validity.  In both cases, the non-Catholic must put no obstacle in the way to the children being raised Catholic (implying that they are already moving away from their own faith, hopefully towards Catholicism).

This may all seem idealistic and impossible.  I would agree idealistic, but not impossible, and I concur with Chesterton that it is only in following the ideal that we can live out the practical, and actually get on with the business of marriage and family life.  Settle not for second best, nor for an unhappy or, worse, an invalid marriage.

You may already be asking, how are young people to find a fitting partner in matrimony, one who is able to shoulder with them these three goods and requirements, and elevate them by grace and prayer to a supernatural sacrament, one who is compatible, a life-long friend and companion?

The answer lies in the notion of serendipity.  A word coined in a  letter written by Hugh Walpole in 1754, serendipity is a happy, unforeseen circumstance, that usually changes one’s life for the better:  Deciding to stay home for a bit longer before taking a walk, and an old friend shows up at the door; or you take the walk, and witness a beautiful rainbow, sunset or, yes, meet ‘the one’ God intended (or perhaps they show up at the door, a rare event indeed, but all it takes is once).

When you listen to many couple’s ‘how they met’ stories, they are often serendipitous, but this is somewhat illusory.  God’s providence is ‘concrete and immediate’, as the Catechism says, and there is ultimately no such thing as luck or pure chance.  Behind the scenes, there is always some kind of ‘arranger’, not just God, but those He uses to bring about His providence, whether it be the parish that organized a youth group or event, the workplace or, as is often the case with the marriages I attend, the Catholic university.  A  wise priest once told me that ‘propinquity is the greatest aphrodisiac’.  That is, people generally fall in love with those with whom they interact, spend time, converse, catch each other’s eyes, share coffee and conversation, study and work together.  That is why schools and workplaces are the two places where people often meet their significant other.

Of course, the man must at some point make the first move, take the initiative, and ask to court a young woman.  Someone told me once that one’s fate often depends on twenty seconds of courage.  So man up, men!  At least you will know with a no, and not spend your life in regret.

To foster true and holy marriages is one of the purposes of a Catholic college, or of one of the many Catholic apostolates that have sprung up across our land, and to support the bold and hope-filled endeavour we call matrimony is the main reason I attend the weddings I do (it is definitely not for the modern music, to hear ‘Cotton Eyed Joe’ one more time, nor to engage in what passes for ‘dancing’ in our rather bizarre era, but more about that later).

And a final note:  What of those whom propinquity has apparently passed by, who did not meet someone in college or university, and whose workplaces are filled with agnostics and libertines of various stripes?  How are they to meet their ‘Catholic other’?

There are numerous Catholic (and secular) dating sites and singles groups which, whatever one’s reservations about them, have had some degree of success in fostering ‘serendipity’ and the providence of God.  One local one that was mentioned to me recently was a practising Catholic singles meet-and-greet.  You never know until you try.

In the end, if God intends marriage for you, He will send someone, somehow, someway.  If not, we can be happy and fulfilled without it, for even the great joys (and crosses!) of matrimony are a means to an end, to the ultimate marriage of the soul with God in heaven, where there is no marriage, nor being given in marriage.  It is that ultimate and unchanging beatitude where our true hope, and our true joy, ultimately reside.