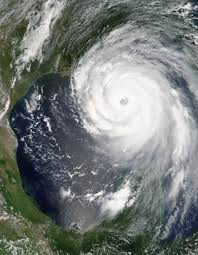 We are currently witnessing numerous calamities in the order of nature: earthquakes, droughts, floods, and disasters which cause the unforeseen death of thousands of persons, followed by epidemics and incurable diseases. All mainstream media together with the world leaders are repeating climate-change slogans persistently like a daily mantra in print and on air as the only plausible explanation of these phenomena.

As maintained by many Americans of different Christian denominations, the 2005 hurricane Katrina is still believed to have been God’s judgment on New Orleans because of the debauchery and sinful life there, that they had departed from the ways of God. New Orleans City Council President Oliver Thomas, after observing the horrors first hand and hearing talk of Sodom and Gomorrah, gave utterance, “Maybe God is going to cleanse us”. Last November the 30-year-old Australian rugby league footballer Israel Folau stated that “the timing of the bushfire crisis is no coincidence but only a taste of God’s judgment should nothing change… God is speaking to you guys. Australia, you need to repent and take these laws and turn back to what is right.” An eminent Italian theologian, Fr Giovanni Cavalcoli remarked that the deadly seismic shocks, which hit Italy by a 6.6-magnitude in 2016, had actually been “divine punishment” for “the offence to the family and the dignity of marriage, especially “civil unions”.

Sometimes in our search for cause and effect, we ascribe to God attributes that are downright demonic. Yet, God is transcendent and He cannot be defined by any human concept.  God isn’t the source of evil. God, the creator of the universe, is all good and only good. Since man stopped listening to God, nature does not have to be obedient to man. Chaos in nature is a logical consequence of human guilt. As one of the most famous exorcists in Italy, Fr Antonio Mattatelli dared to speak out “The world is coming to an end, hurricanes and earthquakes are the proof”, but not because of too much CO2 emissions, but because of sin. It is worth recalling here that Satan is wretched, malevolent and seeks only evil, and those who question the existence of  Satan really ought to witness an exorcism.

The Catechism clearly states that the devil “cannot prevent the building up of God’s reign. Although Satan may act in the world out of hatred for God and his kingdom in Christ Jesus, and although his action may cause grave injuries – of a spiritual nature and, indirectly, even of a physical nature- to each man and to society, the action is permitted by divine providence which with strength and gentleness guides human and cosmic history. It is a great mystery that providence should permit diabolical activity”.

A contemporary Polish visionary Adam Człowiek (†2015) received this message from heaven: “The forces of nature challenge man because Satan received limited power over them. Sin always creates disorder. Therefore, chaos reveals in all of creation”.

The Primate of Poland, a Servant of God, August Hlond (†1948) once noted that “in the Soviet Union 69% of the population suffer from different diseases, whose nature itself meted out punishment for moral debauchery”.

The most touching, as well as trustworthy, seem to be the words uttered by an Italian mystic blessed Anna-Maria Taigi (†1837): “God will send two punishments: one will be in the form of wars, revolutions and other evils; it shall originate on earth. The other will be sent from Heaven”,

It is wrong to think that there is nothing in the Scriptures to indicate that the forces of nature can be used to castigate men for their sins. At the time of Noah, the Lord “saw that the wickedness of man […] and he sent the great flood to destroy everyone except Noah (Gen 6:5-7:24). Likewise, the cities of Sodom and Gomorrah were obliterated with fire and brimstone because their sin was “very grave” (Gen 18:20-19:25). Similarly, “And behold, the curtain of the temple was torn in two, from top to bottom; and the earth shook”. (Matt 27:51). Blessed Anna Katharina Emmerick in her visions described that calamity in great detail “In the Decapolios, whole towns crumbled to the earth, and in Asia, in several localities, the earthquake was severely felt…”.

December 11, 2019 was supposedly the gloomiest day of the year for devout Catholics in Perth, WA. Watching on TV Labor MP Amber-Jade Sanderson, Health Minister Roger Cook and Premier Mark McGowan grinning like Cheshire cats and the crowd cheering in the background when the West Australian Parliament had passed legislation allowing terminally ill to end their lives, I just wanted to cry. Quo vadis beautiful Australia, I sighed. That could be accounted for solely by man’s abysmal stupidity and arrogance. Once again man placed himself above God making the words of the Christ echo afresh “Woe to you who laugh now, for you shall grieve   and weep”, (Luke 6:25).

The Australian Broadcasting Corporation’s skewed coverage of the world stands out a mile. I would give my eye teeth to hear news of the fate of the unborn. Instead, again and again they bewail the cruel fate of koalas, penguins or sharks, completely forgetting that on average in the Land Down Under over 226 children are killed every day due to ‘termination of pregnancy’, conveniently ignoring the fact that for every abortion provoked, Satan acquires more power. Meanwhile Jesus said to a Servant of God, Polish mystic Leonia Nastal (†1940) “Think how foolish it is to value more the attachment to a dog, a cat or a bird in cage than divine love. And yet, there are people so much enmeshed in these sort of trifles that they skip Mass on Sunday only because they do not want to leave a dog alone”.

How ominous may sound the prescient declaration given by St. Maximilian Kolbe (†1941), a year prior to martyrdom, that World War II would not come to an end until as many people perish as the number of the unborn who had been killed before. It is estimated that about 6 million children were killed through abortion in Poland in years 1920-1939. According to Life Site News, a similar argument was frequently put forward by St. Mother Theresa (†1997) “The fruit of abortion is nuclear war”. There were 42 million abortions performed worldwide in 2018.

While all sins disrupt the natural order in some way, those enumerated as “crying out to God” for vengeance appear to be chosen because they strike directly at nature’s root. Pope Benedict XVI on March 30, 2006 stressed the existence of the principles which are inscribed in human nature itself and thus are common to all humanity; therefore, they are not negotiable. Among these the following clearly arise: 1/ protection of life in all its stages, from the first moment of conception until natural death; 2/ recognition and promotion of the natural structure of the family – as a union between a man and a woman and its defense from attempts to make it juridical equivalent to radically different forms of union which in reality harm it and contribute to its destabilization, …3/ the protection of the right of parents to educate their children”.

In no way can God be treated like a vending machine. One might envisage that breaking the bank will be guaranteed by offering to Him a pilgrimage to Fatima. Nothing could be more misleading. Likewise, there is no warrant for the assumption that a blazing domestic row shall avenge a serious car accident. “For my thoughts are not your thoughts, neither are your ways my ways”, (Isaiah 55:8). Sincere repentance suffices to draw God’s merciful gaze. Nevertheless, on rare occasions the infinite patience and clemency of God awaiting the conversion of man run out. For reasons known exclusively to His divine wisdom, God permits justice to step forward. History has demonstrated all too often that individual nations, countries or local communities, which wallowed in sins of homicide and sodomy, ultimately experienced various calamities and disasters; to mention just a few examples: ancient Rome and Pompeii, inter-war cities of vice – Berlin, Warsaw and Shanghai which were cauldrons of hedonism. One must not fail to remember that abortion and homosexual acts are the gravest trespasses upon nature even if the Supreme Court ruled otherwise.

It therefore appears appropriate to perceive the cause of the most recent devastating floods which affected the Italian boot, not in the perspective of climate crisis but in the September decision of Italian Constitutional Court opening wide the door to euthanasia. For in the meantime large parts of Australia continue to be struggling with conditions regularly described as catastrophic which are most likely no coincidence since they were preceded by quite a number of state and federal legislations strengthening the Culture of Death. No wonder – when God’s law is violated then laws of nature are seriously shaken.

During our earthly sojourn probably we shall never comprehend how many natural disasters have been alleviated or even warded off because of fasting and prayers continuously coming from the enclosed orders, and for that we should be immensely grateful and make them up somehow. A twentieth-century Polish stigmatic, Alicja Lenczewska (†2012) in her mystical account “Word of Instruction” supports to some extent this view ”The fate of the world depends on priests and the religious. Not on external actions but on victories over the enemy within souls.”

Summing up, it would be entirely wrong to believe that Fatima’s prophetic mission is complete. Until now, various nations will be annihilated has not taken place. Every grave sin against nature, irrespective of whether it is committed in public or secretly, brings humanity closer to the foretold chastisement. To save mankind there can be no room for negotiation when it comes to preserving Christian values. Divine law applies equally in private as well as in social and political life; hence everyone is called to go through this entire year in a spirit of responsibility for the country he lives in and for the whole world.