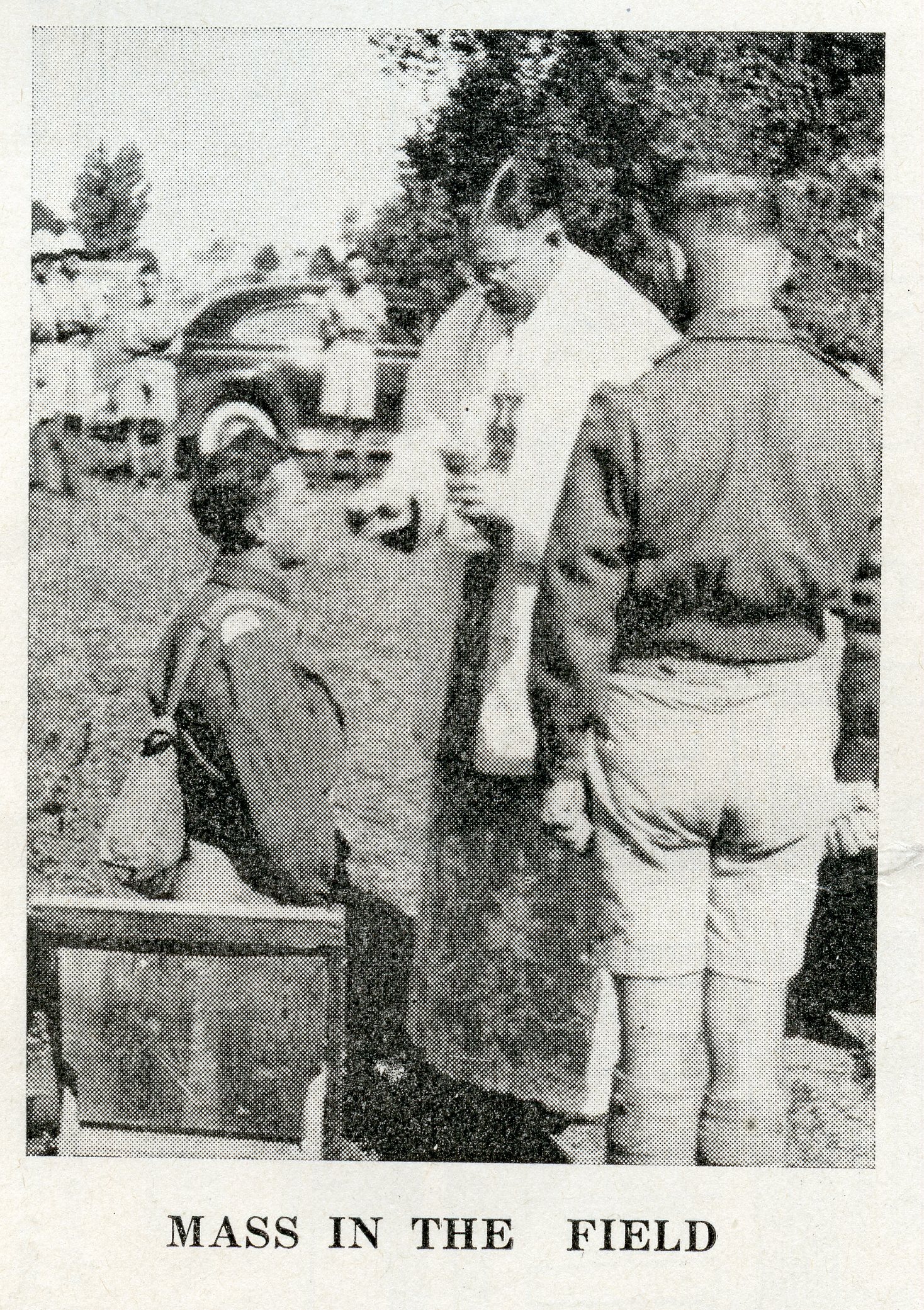 This Sunday’s reflection is the sixth in a series of meditations on the Holy Sacrifice of the Mass, with specific references to the Ancient Rite of the Mass, the Usus Antiquior. There are many books in circulation that illustrate the theological and spiritual cohesion of the Ancient Rite of the Mass. It is the Rite that sustained and nourished the spiritual life of countless saints and which gave birth to Christian culture. It is my hope that these meditations may help us to appreciate and to understand that the ultimate purpose of the sacred liturgy is to form our souls in the beauty of holiness; so that we in our time, like those who have gone before us may be ‘the aroma of Christ to God…a fragrance from life to life’ (2 Cor. 2:15-16) for God’s greater glory and the salvation of souls. ⧾

Whoever eats of this bread will live forever; and the bread that I will give for the life of the world is my flesh (Jn. 6:51).

In our meditations on the Holy Sacrifice of the Mass we have considered the unchangeable heart of the Mass, the Canon or Eucharistic Prayer. It is the very heart of the Mass because this priestly prayer brings about the consecration of the offerings into the Body and Blood of Our Saviour, the Bread of Life. We have noted that the sacred liturgy nourishes our human nature since it addresses the totality of our being; mind and body, intellect, memory and will. The Eucharist specifically nourishes the seed of immortality which is an undeniable aspect of our personhood. Whoever eats of this bread will live forever; and the bread that I will give for the life of the world is my flesh (Jn. 6:51).

The worship that we give to the Most Holy Trinity in the celebration of the Mass is, in fact, a foretaste (praegustatio) and participation in the heavenly liturgy or the Beatific Vision. The Canon of the Mass is always preceded by the singing of the Sanctus, a hymn also called the Tersanctus from the Latin words ter and sanctus, meaning thrice holy. The first part of this hymn is the praise of the angels that both the Prophet Isaiah and St John heard during their visions of heaven. St John wrote in the Book of Revelation: I looked, and behold a door was opened in heaven, and the first voice said: Come up hither…And immediately I was in the spirit: and behold there was a throne set in heaven, and upon the throne one sitting…And they rested not day and night, saying: Holy, holy, holy, Lord God Almighty, who was, and who is, and who is to come (4:1-2, 8). The second half is the acclamation of the people when Jesus entered Jerusalem. Hosanna in the highest. Blessed is he who comes in the name of the Lord. The word Hosanna is Aramaic Hebrew and its literal meaning is ‘Save me! I pray!’ but it has traditionally been used as a liturgical formula of praise. As we prepare to greet our Lord who will become present on the Altar we are one in adoration and in humble petition: Save me! I pray! Save me from my sins and from eternal death. Save not only me but the whole world.

The doxology which ends the Canon (Through Him, with Him, in Him…) is the solemn crowning of the Canon and it mirrors the Tersanctus which preceded the Canon. The Great Amen is our collective affirmation that we have united yourselves to this priestly prayer and that our prayers and voluntary sacrifices have been offered up with the Sacrifice of Our Lord. Now the sacrificial part of the Mass is complete and we seek to apply the fruits of this perfect Sacrifice to our souls. What follows is the recitation of the Our Father, the prayer which Our Lord Himself taught us to pray. In Christian tradition this prayer is seen as the perfect prayer. Give us this day our daily bread.  This petition echoes the request made by those present at Our Lord’s Eucharistic discourse: ‘Sir, give us this bread always.’ Jesus said to them, ‘I am the bread of life. Whoever comes to me will never be hungry, and whoever believes in me will never be thirsty (Jn. 6:35). The Our Father is a summary of what our life should be – a sacrifice of praise made possible through the grace of the Eucharist, the Bread from Heaven that enables us to obtain forgiveness of sin, the resisting of temptation and the deliverance from the penalty of sin. However, what we are asking for in reality is the Bread of the Eucharist. In his translation of the Bible, St. Jerome translates this petition as daily bread in Luke’s Gospel and as supersubstantial bread in Matthew’s Gospel. This adjective, supersubstantial, (epiousion) is worthy of note for it implies more than ordinary bread. What we are asking for is the bread that is above all substances and surpasses all creatures. This is why we speak of the miracle of Transubstantiation when speak of the Mass. The priestly prayer that follows the Our Father is called the embolism, an interpolation that expands the last petition of the Lord’s Prayer.

At this point the priest breaks the Host and places a particle or small piece of it in the Chalice. To understand the symbolism of this action we need to recall that the blessing and breaking of unleavened bread is a central feature of the Jewish Passover ceremony. At the Last Supper Our Lord broke the bread – signifying the separation of His Body and Soul at the moment of His death; and in so doing He brought to fulfillment what had been prefigured. The early Christians referred to the celebration of the Eucharist as ‘the breaking of Bread’. As the Priest breaks the Sacred Host at Mass, we also recall the miracle of the feeding of the five thousand which prefigures the feeding of Christians throughout the ages and the post Resurrection appearance of Our Lord to the disciples on the road to Emmaus. When he was at table with them, he took the bread and blessed, and broke it, and gave it to them. And their eyes were opened and they recognized him (Lk. 24: 30-31).

This action of placing a particle of the Host in the chalice symbolizes the miraculous reunion of Our Lord’s Body and Blood at the Resurrection. Just as the fraction of the Host symbolizes the death of the Lord, so the commingling symbolizes the Resurrection. What we receive at Holy Mass is the Lord’s Risen Body. This action also recalls the ancient practice of reserving a particle from the Host for the next day’s Mass. It was also customary for the communities to receive a Sacred Particle from the Mass celebrated by the Bishop. These particles were referred to as the Fermentum, the Latin word for leaven. These shared particles signified the unity of each and every Mass in the one Sacrifice of the Cross, and the Eucharistic unity of the Church

Next Sunday we will bring these meditations to an end as we reflect on the concluding rites of the Mass. The Bread of Life that we receive at every Mass is not ordinary bread. It is the bread of God … which comes down from heaven and gives life to the world (Jn. 6:33). Our knowledge and understanding of the sacred actions of the Mass enable us to participate and to assist at Holy Mass attentively, devoutly and in a manner that is of the greatest spiritual benefit to us. Our reverent reception of this Sacrament is an act of adoration which in turn becomes love towards our neighbour and this is how we continue Our Lord’s saving work in our world in a spirit of faith, obedience, humility and charity.​