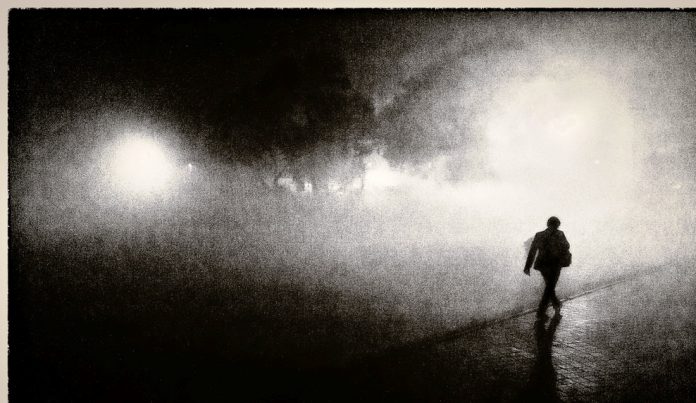 When Russian journalist Anna Politkovskaya was crusading against the Vladimir Putin government by investigating one crime after another, she had imagined the damning headlines in her newspaper would change her world. She’d always assume that her latest expose of corruption, gangland murder or political crime would bring the Putin government down.

Surely this time would be different, she kept thinking!

But nothing happened. Ever!

Instead, Politkovskaya was gunned down outside her apartment on October 7, 2006.

What Politkovskaya may not have understood is that every large institution – however foul or fair – has its own internal culture providing jobs, perks, even luxuries and housing, along with an elitist sense for its employees, derived from belonging to something powerful.

But when that membership feels threatened from the outside, when its power and influence comes under attack, members of that institution close ranks and move quickly to cauterize the threat, forming a symbolic moat around itself until the danger has passed and the institution feels it can safely return to its status quo.

And, as with all bureaucratic institutions, that has been the pattern of the Putin government and its ‘security forces’ trained in the dark arts.

Yet neither the Putin government nor its formidable forces are unique; it is merely following a pattern which, throughout history, has been the classic mode of institutions consolidating and protecting their vast power.

Consider the European Union, staffed with countless eurocrats – unelected elites who luxuriate in their posts and perks while at the same time remaining virtually unaccountable to anyone but their immediate superiors who are just as committed to holding onto power as their underlings. Particularly when faced with a threat to their own personal power or the power of the behemoth they serve.

Most recently, the formidable power of the EU has been threatened by Brexit, the UK’s referendum to leave this vast, multi-national institution after years of corruption so entrenched that by 2007 its own auditors, the European Court of Auditors, could not approve the EU budget … for the thirteenth consecutive year.

If that happened to a mere government department in the real world most of us inhabit, it would be front page news. And if it happened to a private corporation, directors would be facing prison terms. But, because it’s Brussels, a whole continent sighs in resignation.

But then came a turning point when, after decades of the EU’s growing remoteness, oppressiveness and corruption-packed budgets, the fraud report for 2016 hit 990 billion euros, closing in on one trillion. So it was hardly surprising that taxpayers would revolt.

“When I was first elected, I used to get furious letters about Euro-fraud,” reported Daniel Hannan, conservative MEP for South East England and outspoken critic of the EU a decade ago. “Who were these shameless Euro-creeps? Could no one control them? But those letters have gradually dropped off. Anger has turned to contempt. People have given up on any hope of reform: they know that Brussels will never change and, in truth, they no longer much care. Sooner or later, almost matter-of-factly, they will initiate divorce proceedings.”

Which came at long last in a referendum in June 2016.

Yet, as is typical of huge institutions, rather than respond realistically or constructively, the EU’s response to the Brexit vote has been to pull every trick in its bureaucratic strategy book in order to force a reversal. First with threats. According to the Financial Times, EU president Jean-Claude Juncker boasted that once other EU member states see how badly the UK is punished for voting to leave, no current member will want to leave the bloc. Early punishments have included EU officials deliberately shutting out British companies and groups from multi-million pound contracts while incentivizing companies to leave the UK.

“Britain’s example will make everyone realize that it’s not worth leaving,” sneered Juncker, adding that Britain will be forced to pay a hefty ‘divorce’ bill.

The second tactic, which may prove the most effective, is to simply stall, stall, stall with obfuscating paperwork only bureaucracies can produce, and to delay, delay, delay by scheduling important meetings ever further into the future, while the media bombardment of anti-Brexit propaganda continues its daily drumbeat across UK airwaves. Until frustrated and exasperated Brits at long last relent.

While history may one day view the eventual collapse of the European Union as based ultimately on its forsaking Europe’s functional Christian values for secularism and an incoherent policy of diversity and multiculturalism, many Europeans today view the EU as a dysfunctional and sclerotic power bloc impeded by its own self-serving membership and rendering it over time as completely unfit for purpose.

Which brings us to the Holy Catholic Church – another vast institution now similarly and suddenly besieged, this time by a rising tide of criticism and confusion triggered by the public statement of Archbishop Carlo Maria Viganò whose 11 pages of testimony appear to have riveted the entire Church to a single spot.

In his statement last month, Archbishop Viganò presented bombshell claims that Pope Francis knew about allegations of Archbishop Theodore McCarrick’s sexual misconduct but still chose to ignore Pope Benedict XVI’s private sanctions against McCarrick and appoint him as a key advisor, thereby scandalizing and confusing the Holy See, already deeply troubled by the Church’s questionable handling of the spreading stain of clergy sexual abuse in general.

Archbishop Viganò’s testimony has been framed by some as an unwarranted act of aggression on a sitting pope. Catholic news organizations have also claimed that the very public nature of the archbishop’s allegations against Francis and other Vatican officials – whom he identifies by name and claims were complicit in suppressing accusations against McCarrick – is unprecedented in Church history.

Even so, Archbishop Viganò is a retired senior Vatican official and an experienced diplomat who served as U.S. papal nuncio from 2011 to 2016 and has deep inside knowledge of the Vatican’s internal workings. And now he has taken the irrevocable step of indicting an ecclesial culture that, until recently, accorded him enormous standing.

Making him a classic whistleblower. Who, as it has been reported in recent days, is now in hiding and said to be in fear of his life.

This while reports abound of prelates wrangling in disagreement and confusion over what to do, who knew what and who said what to whom. This while Catholics across the U.S. draw up and sign petitions to the Pontiff. And this while district attorneys across various states in the U.S., including New York, New Jersey and Pennsylvania, launch abuse probes into several dioceses with the intention of rooting out and prosecuting as many offenders among the clergy as evidence can uncover.

So far, all Pope Francis has elected to say is this: “I will not say a single word about this,” he said during an in-flight news conference on August 26 as he returned from the World Meeting of Families in Dublin, one day after Archbishop Viganò’s testimony was published. “I believe the statement speaks for itself. And you have the journalistic capacity to draw your own conclusions.”

Then, days later, apparently in response to the outraged backlash the Vatican has been receiving, the Pontiff called for “silence and prayer”.

Which appears to have drawn further criticism of Pope Francis for failing to address the issue at hand and doing little to quell the storm during which serious allegations have been made, and major implications are at stake.

So no surprise that Catholics around the world are upset and even depressed that, while they hope with all their hearts that what Archbishop Viganò claims is not so, they are equally troubled by what appears to them as that predictable pattern emerging of bureaucratic self-protection, obfuscation and deliberate confusion so typical of large institutions. Which is the very pattern that may prevent Holy Mother Church from performing the deep moral cleansing that has so long been needed.

Where to now, St.Peter?

So where will this go? As one examines and compares other large institutions deep in crisis and heavy with bureaucracy, what sort of outcome is likely? Will, as some commentators have been predicting, the current sex abuse scandal ‘split’ the Church and cause another Reformation? Or will Pope Francis opt to ride out this crisis, saying little until the storm blows itself out?

Only the Lord God knows. But it’s also critical to point out that although the World and its media regard the Holy Roman Catholic Church as just another institution, albeit one of the world’s largest, they will continue to analyze and scrutinize the Church in temporal terms only. In its spiritual ignorance, the worldly view also tends to look not on the big picture but instead to focus on – even hide behind – the pixels that comprise it. Which leads nowhere while destructive patterns continue.

It’s only when the deeper truth is considered – that Holy Mother Church is also a Divine institution created by Jesus Christ on the rock of Peter and on the promise that the gates of Hell will not prevail against her – that the calculations change dramatically.

Which, I submit, changes everything.

I am also reminded of the Lord’s interior words to St.Faustina: “Do not fear anything, I am with you. These matters are in My hands and I will bring them to fruition according to My mercy, for nothing can oppose My will. Do not fear anything, My daughter; all the adversaries will be shattered at My feet.”

At these words, Faustina then recalled, a deep peace and a great interior calm entered her soul.

How timely is this?

A final point. Am I the only one noticing the timing of this crisis which focuses on the homosexual issue? And that it’s happening at precisely the time when the world has been normalizing the practice which Holy Mother Church has always pronounced intrinsically disordered and therefore sinful, not in the tendency, but in the act itself?

Will this be the crisis that causes Holy Mother Church, for two thousand years the voice of moral authority in the world, to reaffirm that authority by going in the opposite direction? Just as She did fifty years ago with Humanae Vitae, the encyclical that ruled contraception sinful by thwarting the natural order and creating moral chaos as a consequence, thereby creating a huge platform on which the Culture of Death was being erected?

Will the Church restore her Holy Moral Order? Count on it. If not now, then eventually. In the end, She cannot do otherwise.

Meanwhile, the Church Militant suffers, as do the countless blameless clergy untainted by this scandal, as do the victims of sexually abusive clergy and even the abusive clergymen themselves who live in anxiety and fear of discovery. Which, of course, will come.