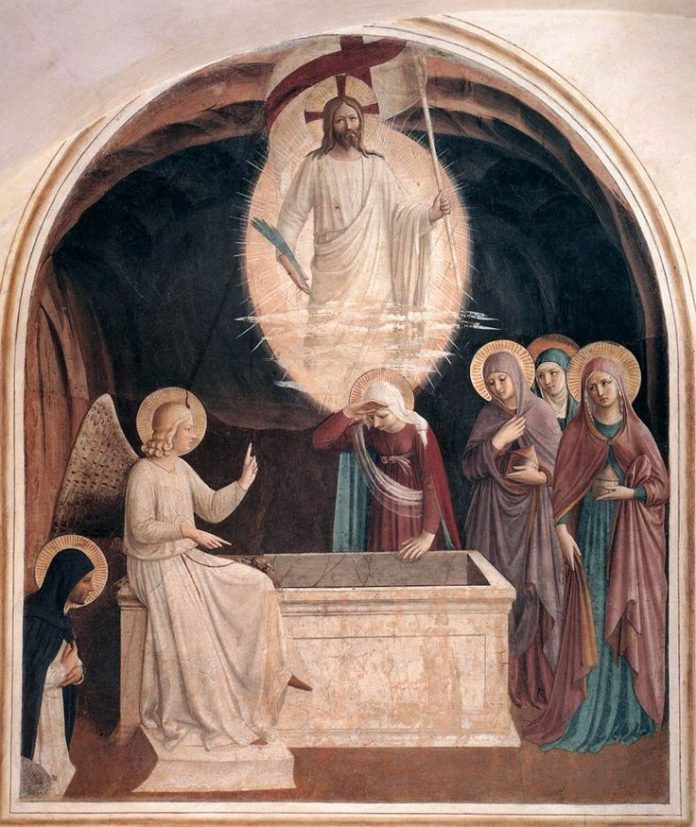 Roughly half of the narrative of the public life of Jesus is devoted to miracles, selected with obvious care. To begin with are all of single persons, of all sorts: men and women and even children. Altogether they represent healing of the whole person: fever, in Simon’s mother-in-law (1.30-31); leprosy (1.40-45); paralysis (2.1-12); a withered hand (3.1-6); being deaf and dumb (7.31-37); even death itself and also blindness, haemorrhage, and demonic possession. But physical healing is accompanied by what it represents: spiritual healing, as with the paralytic who was lowered down through the roof in front of Jesus as the only way of circumventing the dense crowd packed into the house. Jesus began by saying, “My son, your sins are forgiven” (2.5). We don’t know what the sick man was thinking, but the scribes were scandalized: “It is blasphemy! Who can forgive sins but God alone?” The subsequent cure of the paralytic provided the answer to that question.

Mark’s Gospel differs from those of Matthew, Luke and, especially, John in that Mark has little to say about what Jesus actually taught. Matthew has the Sermon on the Mount and many parables; Luke is similarly rich with discourse and parables, two of which—the prodigal son and the good Samaritan—are unique to his Gospel; and John has long discourses that comment on and complement the miracles. But, aside from a few parables, Mark contents himself with a simple, stark proclamation: “The Kingdom of God is at hand; repent and believe in the Gospel” (1.15). Perhaps its simply that the actions of Jesus convey to the rightly disposed mind who he is and what he wants of his followers. Also, towards the end of the Gospel, there are prophecies of the destruction of Jerusalem, of the end of time and, perhaps, in a veiled way, of the passion and death of Jesus; for the death of Jesus, the “Son of God,” was an event of cosmic significance.

This discourse and the events that followed it may come at the end of the Gospel, but they represent its purpose and goal. As has been often noted, the Gospel is a passion narrative with an extended prologue. The truth of that statement is apparent in Mark, as he describes the public life of Jesus as a whirlwind carrying him forward to his death in Jerusalem. That is why he punctuates the narrative with not one but three predictions of the passion. In Mark’s Gospel, Jesus is silent throughout his passion until, just before his death, he cries out, “My God, my God, why have you forsaken me?” (15.34), the opening words of Psalm 21/22, a Psalm that ends on a positive note: “Posterity shall serve him [the Lord]; men shall tell of the Lord to the coming generation, and proclaim his deliverance to a people yet unborn, that he has wrought it.” (vv. 30-31).

But the seemingly total abandonment of Jesus by the Father fits in with the strange and mysterious character of Mark’s Gospel as a whole. Even we, who hear the Gospel solemnly proclaimed at Mass, are left with no answer to Jesus’s question, for the Resurrection itself leaves the women trembling, astonished and saying nothing to anyone, “for they were afraid” (16.8). Mark intentionally leaves us with questions that can be answered only by the faith that invited and then responded to the miracles Jesus performed and, more profoundly, to the miracle of his continuing presence among us. +