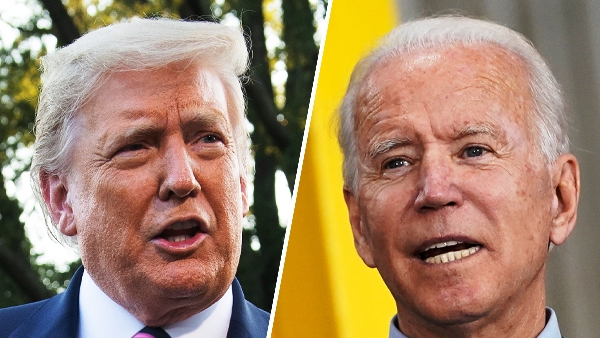 In the last several weeks leading up to the Presidential election – and in the few weeks following it – I’ve found myself so spiritually distracted that I’ve hardly been able to pray. So invested have I been in the outcome, that little else has permeated my mind or heart. I will not attempt to conceal my strong preference for the President to be re-elected. In fact, it has been easy for me to justify my nearly constant preoccupation with his potential victory, even as it has eclipsed my prayer time, with the conviction that this is a spiritual battle. A war waged between good and evil. An election of monumental proportions, one that surely reaches up to Heaven itself.

As the results dribbled forth in the wee hours of November 4, I felt victory slipping from my grasp. I began praying eagerly for a turn-around. Though I have long resisted the urge to implore God’s intervention in competitions or races, I nevertheless persisted in my somewhat desperate pleas for divine aid this time. When I finally went to bed, deflated and bewildered, I wondered where God had been. Why had he let his children down, we who had championed this President for his strong pro-life stance, his appeal to our Judeo-Christian roots, his frequently recited petition, “God bless America”?

I know Trump is flawed. I readily admit this to my friends and family, many of whom reject him outright despite his appeals to faith. I concede that Trump – albeit through the oft-distorted lens of a co-opted media – comes across to many as pompous and boorish, with claims of an adulterous past; a ruthless and cunning businessman who has no qualms about dismissing colleagues for even the appearance of disloyalty – or so his public persona at times signifies; a man who employs demeaning nicknames and harsh mantras (“Lock her up!”) to get across his point. But, I reason, he’s a tool in God’s hands, doing God’s work despite his own severe shortcomings. Donald Trump can, and rightly has been, compared to the Persian King Cyrus who was prompted by God to rebuild the Jewish temple so the Hebrews could resume worship. If God could use a pagan like Cyrus to accomplish his tasks, why not employ Trump to carry out his divine plans?

God can, and does, use men and women in positions of leadership to bring his plans to fruition, whether it be through obvious, virtuous successes or through suffering and persecution. I have no doubt that God placed Trump in the White House just as he did every other occupant before him. After all, the prophet Daniel tells us that God “removeth kings and settleth up kings.” No merit of man is necessarily required for him to be so appointed. Still, I hope for the tide to turn, for God to “settleth up” my preferred candidate, and to “removeth” the newly designated President-Elect from his position.

As of this writing, I do not know if that will happen. There are active claims and vociferous denials of fraud on both sides. What I do know is, since election night, America has become even more bitterly divided than it was before. The so-called Million MAGA March of this past weekend drew tens, possibly hundreds, of thousands of people to march in defiant rejection of Joe Biden. Predictably, Antifa members and BLM activists also showed up to counter-protest the protest, and violence ensued. There’s remarkably deep conviction on both sides. The Left is as certain of their position as the Right. And both sides are so resolute that they have begun to see their respective champions as saviors.

Talk show hosts and news outlets feed the frenzy, giving rise to the belief that only a victory for one side or the other will secure our democracy and indeed preserve Western civilization. I am not immune to their arguments. I have alternatively despaired and rejoiced as the political pendulum has swung back and forth. Count after recount pours in, lawyers and spokesmen make their claims, and I watch, breathless, on the edge of my seat. Between politician’s tweets and electoral vote updates, I occasionally remember to pray, and as I do so, one phrase comes to mind over and over. I don’t like it much. It arrests and convicts me: “Put not your trust in princes” (Psalm 146:3a).

But … but … what about princes who are doing God’s work? Should I not long for their victory, for their rule to be secured? And the answer I keep getting is, No. No, because my longing is too great. My emotions are far too invested in their temporal reign. No, because the rule of man is never truly secured. All princes and politicians occupy their place in this world only because God himself has put them there, and their sovereignty is brief and illusory. Regardless of how righteous each one is, how virtuous his platform, or how wide-reaching his policies might be, he is, ultimately, “a son of man, in whom there is no help.”

Robbed of my political idol, I find myself bereft. I mentally grasp about, seeking a shiny new toy to satisfy me. What about a prince of the church? If I cannot take refuge in a politician, perhaps a pope will do. Whenever I am asked what famous person I would most like to meet, Pope John Paul II is always my go-to guy. I have taken pride in the fact that I chose someone for his moral fortitude, his brilliance, and his exemplification of Christ, rather than idolizing a vapid Hollywood persona or a fleeting sports figure. JP2 was undeniably a great force for good, an instrument of righteousness. Surely the adulation of such a spiritual giant such as he can be acceptable, right?

And the answer returns: No. Not if my enthusiasm becomes a sort of quasi-worship-or-idolatry, which it so easily does. I have learned through this bitter election cycle that I am dangerously vulnerable to such temptations, consciously or not. I see a light in the political darkness and pursue it as doggedly as a moth to a flickering bulb. I must be more mindful than that. We all should. There is a glorious Son whose light shines a whole lot brighter and who is far more worthy of our attention.

Of course it is incumbent upon every Catholic to recall the principles of our faith when we enter the voting booth, and we should vote for candidates whose positions are in alignment with Truth. But when we fill in our ballot bubble, when we make our choice and cast our lot, we must take care to maintain an eternal perspective. As Sister Deirdre Byrne said at the RNC last month, we are called not just to be pro-life but to be pro-ETERNAL life. Yes, we can have our favorites in this world, and we can hope their ascension will ensure godly policies at least for the time being . But as these princes occupy their little, temporary thrones, let us not forget that the entire earth is God’s footstool. Let us lift our eyes beyond this present horizon to something much higher and much greater. Let us remember that we are citizens of Heaven first and foremost, and let us reserve our total allegiance for the true and eternal King.