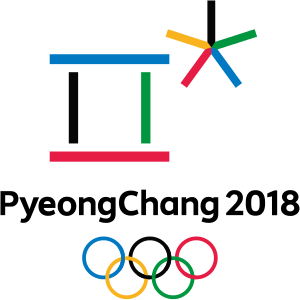 (What follows is a revised version of a piece I wrote two years ago, for the Rio Olympics, adapted. Just so all readers know, I enjoy athletics, but the cult of the body has got to go and give. This life is a transient one, strength and beauty fade like the flower of the field, and our true hope should be an eternal one)

The much-awaited Olympics is now upon us, in the tensely divided peninsula of Korea, and yet again billions are poured into Olympic venues, security, advertisement, to watch a few thousand overhyped young athletes strive to excel at their chosen sport.  One record already broken is the number of condoms handed out per participant:  100,000 for 2,295 athletes, or nearly 50 each, by my reckoning. Given the Olympics only lasts for just over two weeks, that is a lot of intended and, might I add, gravely illicit, sex. Only, at least so far, it’s not one of the official competitions.

Don’t get me wrong: I enjoy athletics, and have spent many pleasant hours playing various kinds of games at a recreational level, even though, partly due to the circumstances of my life, I mostly enjoy solitary physical activities, cycling, kayaking and hiking.  Perhaps I find them more conducive to prayer and reflection; perhaps also it is connected in some subconscious way to some antipathy for sports in my dimly remembered childhood.

So allow me to clarify that I find it very difficult to care about professional sports which have, by and large, become a bloated, idolatrous entity, blown vastly out of proportion to their importance to our culture.  As the well-worn analogy goes, sports arenas are our new cathedrals, and the players our modern panoply of saints, quite literally idolized, to whom we offer devotion and praise.  Grown men quite literally weep and gnash their teeth when their team seems to be on the verge of losing, or winning; people riot in the streets regardless of the outcome.  Much of our lives revolves around sports, and even those who are not ‘fans’ (short, of course, for ‘fanatics’) are caught up in the hype of the big events, the current Olympics, the World Cup, the Stanley Cup, the Super Bowl, and so on.

I have never been one for this charade, not least for the reason that I would rather ride a bike and throw a football than watch another man do so.

Of course, watching sports does give one a sense of vicarious enjoyment, especially if one participates in the sport in question.  Seeing the cyclists of the Tour de France pedalling through the glorious scenery of the Pyrenees, one can imagine oneself doing the same thing, perhaps a tad slower, of course, on a bike that does not cost as much as a house, and with a bit more clothing.

Yet what have sports become?  We may judge the value with which we hold a thing by how much money and time we are willing to spend on it, and we as a culture spend far too much of these valuable entities on this ultimately rather utilitarian activity.  Parents devote their entire weekends driving their children, boys and now girls, from game to game, tournament to tournament.  Sunday Mass?  Prayer? Cultural activities?  Reading?  Music?  Family time?  Do most modern families even consider such a scale of priorities?

At the professional level, sports have become a money-driven machine, with their millionaire players selling their set of skills to the highest bidder amongst the billionaire owners.  Team loyalty?   So long as they pay me enough; and if ‘my team’ does not perform well, I can be traded before the playoffs.  Geographical loyalty, and rooting for the ‘home team’?  How many players are actually from, or care a fig for, the town or city whose name the team adopts, or even from a contiguous region or country, for which they play?  How many actually even live there?

The Olympics brings this charade to its apogee, or nadir as the case may be, with entire lives, and untold billions, now thrown into its gaping, insatiable maw (recall, after the last Winter Olympics, the impoverished Russians will be paying off the $15 billion tag for Sochi perhaps until judgement day, and the summer ones in Rio were no different.  Montreal just finished paying off its own debt from the more-sober-and-debt averse era of the 1976 Olympics a few years ago).

We watch the desperate athletes, after spending focusing all their youthful capacities training for this one event, trying to shave quite literally a thousandths of a second off the last recorded time, a result dependent upon so many other factors (wind, a cold virus, altitude, cloud cover, climate change, you name it) that ‘chance’ has about as large a role as ‘effort’.  Their whole lives revolve around their body and its training until, in their mid-twenties, it is worn out, and they are often left injured, disillusioned and depressed as they drift into sedentary middle-age.  I wonder especially of the female athletes, delaying marriage and family, as they pummel and morph their bodies into lean, muscular male-like physiques, all for the sake of a gold bauble, or, for the vast majority, something far less, a sad loss and whole ton of regret.

Here is something to ponder:  No matter how much humans train, some animal will always beat them handily.  The world record holder for the 100  metre dash, Usain Bolt, ran it in 9.58 seconds.  Compare the fastest human with Sarah the 11 year old cheetah, well into late-middle age for the large cat, who  lies around most of the day, and who can run the same distance easily in 5.95 seconds.  No one will ever out-wrestle a chimpanzee, even if defanged and declawed, for they have twice the strength of an adult male human; nor out bench-press a gorilla, who could probably lift a humvee with ease and can bend tempered steel; and who will ever out-swim a dolphin, which can clock speeds of  25 miles per hour (Michael Phelps, the Olympic prodigy whose feats will likely never be repeated, swims at his best 6 miles per hour).  And none of these animals ‘train’ in our sense of the word.  As the saying goes, they’re just born that way.

Higher, faster, stronger? Scientists estimate that we are perhaps shaving off 1/100 of a second on records each Olympics, and one physiologist claims the fastest any human can ever possibly run the 100 metres is 9.44 seconds, and the same asymptotic limits apply to most other timed sports.  How fast can a human barrel down a slope, or how high off a ramp? And, as we have witnessed of late, many of these records are tainted by doping and other nefarious activities.

The winter version of the Olympics has events that require more skill than just running: Skiing, snowboarding, moguls, and so on, but the point still stands, that whatever ‘excellence’ the Olympians are striving after, it is not specifically, nor even close to the highest, human excellence.

There was a reason why the Olympics were, until recently, limited to amateurs, and forbidden to professionals.  The originators of the Olympic ideal thought it unseemly and inhuman to devote one’s whole life and existence to ‘sport’, which should be a leisurely activity, done on the side.  After all, there are many other higher, specifically human pastimes and virtues, music, art, science, literature, contemplation, which separate us from the animals, and which are far more fitting to cultivate.

That was part of the sub-plot of the great 1981 Olympic film Chariots of Fire:  Beware of making sports professional and all-consuming, for we risk a loss of a significant part of our humanity.

The Church has always warned against the danger of such a ‘cult of the body’, a “neo-pagan notion” leading one “to sacrifice everything for (the body’s) sake, to idolize physical perfection and success at sports” (cf., CCC, #2289).

Of course, I hope and presume most athletes do develop other skills and virtues besides sports, particularly virtues of the mind and soul, to which the body is most definitely subordinate, so they can thrive in terms of what it really means to be human, beyond their brief, all-too-short athletic careers, over almost before they begin.

We must always bring ourselves back to reality and realize with the full focus of our intellect that most sports are simply a bunch of guys, and now girls, running, swimming, fighting; or throwing, hitting and chasing a piece of rubber around various kinds of surfaces, which animals (and now robots) can do far better.   Such activities are not the point of life, at least of human life.

Yet much of our time, our energy, our focus, are consumed by them, and many men quite religiously spend their entire weekends and time off watching younger, fitter men (and women) do things they only wish they could do.  Harmless fun, to an extent, I suppose; a vicarious form of warfare sublimating our aggression, perhaps; a way to perfect one’s body, yes, but, all in moderation, and only if one participates in ‘real life’, getting out of Plato’s illusory cave of televised entertainment, into the real world where we can live and move and have our being.  It is all a matter of perspective, and we in our artificial modern age have sadly put the last things first, and first things last.

With the many positive aspects of sports, let us always bring things back to such a real perspective, and what it truly means to be human, in strength or, more to the point, in weakness.