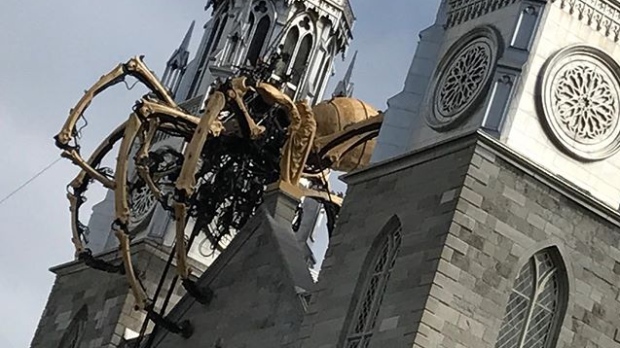 I have been asked by a reader to comment on two recent Ottawa-related themes:

The first is our Prime Minister’s participation in the rites and rituals of other faiths, and by ‘other’, I mean other than his own Catholicism. Trudeau, who can be found praying in various religious houses, from Muslim to Buddhist to Jewish, is a baptized (and I presume confirmed) Catholic.  The sacramental character he has received, that ‘mark of Christ’ that he has upon his soul, not only will follow him, as it will each of us, into eternity, but also binds him to practise the faith as the Church prescribes in her laws.

Not that this seems to make much of an impact on Trudeau, who is objectively in violation of various Catholic teachings: He publicly supports the legality of abortion, with no restrictions, at the whim of the mother.  Trudeau also supports homosexual ‘marriage’, transgenderism, and he pops up at ‘Gay Prides’ across the nation like some sort of finding-Waldo. Oh, and need I mention that he and his party were at the forefront in the legalization of murder-suicide under that other euphemism ‘medical assistance in dying’.  All present a pubic and manifest scandal.

How Trudeau lives out his moral life in other, more personal and private areas is really none of my business, as is the state of his soul before God. His pastors have some solicitude in this area, and we may all have our own assessments as to whether more should be done to call the Prime Minister onto the Catholic carpet.  Pope Benedict had words to say a number of years ago on refusing Communion to politicians who publicly support abortion.  Such refusal is not punitive, but medicinal, to bring the wayward back into the fold of truth.

Given all of this, are we surprised that Trudeau bows with Muslims to Allah?  The Catholic principle in this regard, in general, is that we may pray alongside those of other faiths, but we may not pray with them.  That is, we cannot pray in the same way as they pray, for their prayer is not ‘orthodox’, not in accord with ‘right teaching’, even directed to different deities, who command, shall we say, different things of their adherents.

We should clarify: There is a difference between saying an ‘Our Father’ together with some evangelicals, engaging in salah in a mosque, and offering libations to Vishnu. At some point along this spectrum, one is engaging in false worship, deviating from the truth faith.  Countless martyrs went to their death rather than put a pinch of incense in adoration to the false gods of Rome, a stance repeated through the ages when any Christian has been asked to pray in a deviant way, whether by Muslims or Buddhists.

I don’t think Trudeau has much idea of these distinctions, nor of the history of martyrdom, and don’t ask me whether he attends Mass regularly and fulfils the five precepts.  But I can say that I am not surprised seeing Trudeau engaging in what seems like pagan worship.

The problem with such irenicism, or seeking peace at all costs, warned against in numerous documents, including Pius XII’s marvelous and concise 1950 encyclical Humani Generis, is that peace is not an end in itself, but is rather, as Saint Augustine said, the ‘tranquillity of order’, and such order can only be achieved through adherence to the truth.  Only one religion can be ‘true’ in the full sense of that sacred term, and Trudeau will have to face that hard truth one day.  He cannot eat every religious, as well as non-religious, pie, and have his cake as well. Someday, if things keep going demographically as they are (families with children in Canada are on the ever-increasing decline, and single-persons households predominate for the first time in Canadian history), M. Trudeau may have no choice in responding to the muzzein’s call to prayer. Conciliatory contradiction has a way of coming back to bite one on one’s quasi-pious posterior.

And speaking of bites, what is with the robotic spider on the spire of Notre Dame cathedral in Ottawa on Thursday last?  A bit of harmless Canada-150 fun, or disrespect to the sanctuary of God?  It seems the capital city wasted, sorry, invested, a truckload of taxpayer money in hiring a French company, La Machine, to build a mechanical spider to wander the streets in celebration of Canada’s birthday. The arachnid, named Kumo, began his journey by ‘waking up’ on the roof of the cathedral, to the harrowing strains of the majestic organ, normally dedicated to more, well, religious and sacred activities.

Reaction from a certain contingent of Catholics was swift, calling the act ‘disrespectful’, ‘sacrilegious’ and ‘demonic’.

I am sure neither the Archbishop nor anyone on his staff meant any such disrespect in this curious display, still less any ‘sacrilege’. As his Grace put it:

My cathedral staff and I anticipated that some … might object, but thought it would be minimal, as nothing demeaning was intended in the spider being near the church

I regret that we had not sufficiently understood that others would see this event so differently. I say to those who were shocked that I understand that this would have been upsetting for them and that I regret that a well-intentioned effort to cooperate in a celebration was anything but that for them.

I will refrain from repeating the descriptions of the ‘flatness’, even ludicrosity, of much of Canada’s 150th ‘celebrations’, many of them a sad exercise in self-abasement. I for one am not sure what giant robotic spiders, even from France, have to do with this nation’s sesquicentennial.

But the thing about public displays, especially involving the Church, is that they must not only avoid scandal, but also the appearance of scandal. As Saint Paul put it, he would not eat meat sacrificed to idols if it would cause the sin of any of the brethren, even if no scandal were intended.

There is nothing intrinsically evil about a spider, not even that permanent giant metal statue right across from the cathedral in the plaza leading into the Art Gallery, a long-legged female arachnid grossly filled with eggs, curiously entitled ‘Maman’.  They too are God’s creation. But spiders in our culture have come to signify something dark, occult, ravenous, insidious, poisonous, even a symbol of ‘evil’, as evinced, for example, by Shelob in Tolkein’s chronicles.  A spider crawling over the noble spires of the most holy place in Ottawa?  Hmm. Whatever the intentions of those organizing this spectacle, I am rather surprised that the Archbishop was surprised at some people’s reaction.

Sort of like the idol-sacrificed meat, it might be best to keep giant spiders and cathedrals well separated, and focus on all those things that will help edify and build up the city of God, so that we may ponder those higher things, all that is true, good and beautiful, where Christ is, seated at the right hand of God.