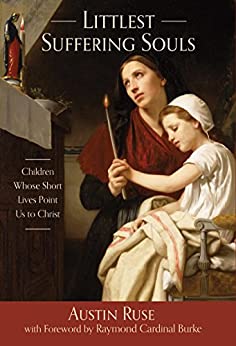 With  modern medical breakthroughs, treatments and  medicines, we have become sophisticated in  the avoidance of physical, mental, emotional pain – the avoidance of suffering. In a growing number of countries it is acceptable, even meritorious, to end suffering by death through the aid of modern pharmaceuticals administered by the very people who have taken an oath to do no harm. Increasingly, since the legalization of Medical Assistance in Dying (MAiD) in Canada – the euphemism for euthanasia – in my experience as a registered nurse, more patients, Catholics among them, have expressed their agreement with legalized medical death. Patients diagnosed with life-altering or life-limiting illness are now presented with the option to choose MAiD as a viable treatment option.

Not that there is anything wrong with modern medical achievements in pain control, palliative care or the treatment of disease. Medicine is a gift; but our collective, obsessive fear of suffering and the need to avoid it at all costs, even to the point of death, has made us lose sight of the grace of redemptive suffering.

How many graces are wasted because those in pain do not unite their sufferings with Christ’s sacrifice? How many souls are not saved because we have forgotten or never understood that our suffering, offered out of love to God in reparation for all the outrages, blasphemies and sins committed against Him will lead countless souls to Heaven?

Our Church for the most part no longer preaches the virtue of salvific suffering. With world-wide prohibitions on the offering of the Holy Sacrifice of the Mass, the weak men who govern the Body of Christ, brought to their knees by inordinate fear of a virus, fear of death, fear of secular overlords, have added to an already suffering world by denying us Holy Mass.

If there is one thing this pandemic has shown, it is that we have lost or never possessed childlike trust and confidence in God’s providential care and in His plans for us. Our Lord said we have to become like little children but clearly, we do not know what that means. Ever merciful and patient, Our Lord has given us beautiful examples – mentors, if you will – of children who suffered with great pain and bore all things well out of love of God and neighbour.

Well known children who embraced salvific suffering include Saints Jacinta and Francisco Marto, the Fatima seers who died of the Spanish flu, and Blessed Carlo Acutis, the fifteen year old computer whiz who profoundly loved the Holy Eucharist and who died of leukemia.

Littlest Suffering Souls: Children Whose Short Lives Point Us to Christ introduces us to six more heroic children whose short lives magnified the Lord and demonstrated to all who came in contact with them what self-sacrifice, fortitude, charity, trust, faith, joy look like.

The first three of these children lived in the early twentieth century. At the age of three, Little Nellie of Holy God was sent to live with the Good Shepherd Sisters when her mother died. Dearly loved by the Sisters, she suffered from a crooked spine that made sitting very painful. Before her fourth birthday, she was diagnosed with tuberculosis, the same disease that claimed her mother. Little Nellie of Holy God lived for eight months with the illness, going to her eternal rest on February 2, 1908. Pope Saint Pius X lowered the age at which children can receive Holy Communion because of her.

Venerable Antonietta Meo was four years old when she was developed bone cancer. Until her death at the age of six years, she suffered greatly with painful treatments, including amputation, as the cancer ravaged her body. Throughout her young life she wrote a great number of beautifully profound yet simple letters to Jesus.

Mary Ann Long was placed in Our Lady of Perpetual Help Free Cancer Home in Atlanta at the age of three when doctors determined that the grotesque tumour growing out of the left side of her face was untreatable and she would soon die. At this point she had already undergone grueling cancer treatments including removing her left eye. Although she lived for nine more years in pain, her legacy was one of love and joy.

These children had a deep, simple love for Jesus in the Blessed Sacrament and possessed an intuitive understanding of the redemptive purpose of their lives of illness united to Christ. No earthly person taught them this theology. They just knew it, and their short, hidden lives lived in the presence of God brought many souls to Him.

As the book moves ahead to the twenty -first century, we meet three more heroic children. Two came from wealthy, connected families in Washington; the third was born into a wealthy French family.

In 1997, Brendan Kelly was born with Down Syndrome which comes with other medical complications. At the age of two years, he was diagnosed with leukemia, one of the conditions associated with Down Syndrome. People who knew this exuberant boy believed he was a mystic. It seems that Our Lord revealed things to him about other people and spoke to them through him. He died just short of his sixteenth birthday.

Before she was born, Margaret Leo’s doctors suspected that she had a myelomeningocele, the most severe form of spina bifida that meant sure death. Margaret was never in severe pain as the other children. Her suffering came in other forms: legs that didn’t work so that she was confined to a wheelchair, a digestive system that caused frequent, unprovoked vomiting, intellectual disabilities, frequent infections and never-ending hospitalizations. She died one month before her fifteenth birthday.

Audrey Stevenson was born in France in 1983. At the age of six, she developed leukemia and there began two years of hospitals, bone marrow transplants, side effects of chemotherapy, aches and pains. She died at the age of eight.

These children also had an innate understanding of what it means to suffer and of how to do it in, through and with Christ. Deeply in love with Jesus in the Holy Eucharist, they abandoned themselves with childlike faith and trust to Divine Providence and in their turn, converted countless souls. Mystical, selfless, joyful, charitable, they manifest Our Blessed Lord’s admonition that we must become like little children in order to enter Heaven.

Littlest Suffering Souls addresses in a very special way the Catholic understanding of how to embrace our crosses, big or small. While not all suffering is medical in nature, these children give us the ultimate model of how to embrace all the trials God sends us in His great love, trusting in His goodness, offering up every affliction for the benefit of souls.

Anyone who reads Littlest Suffering Souls: Children Whose Short Lives Point Us to Christ will deepen their understanding of redemptive suffering, no matter how knowledgeable they think they are or how many trials they have already lived. These beautiful little souls especially loved by God make us realize that we still have much to learn, to experience and to offer to Our Heavenly Father in reparation for all of our sins and the salvation of souls.