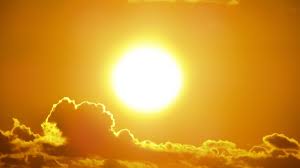 At the World Climate Conference in Katowice, Poland, which wrapped up on December 15th, 196 countries – well, representatives from said countries, including our own ‘climate specialist’ Catherine McKenna – have enthusiastically endorsed battling climate change, that it is real, and that we must reduce carbon emissions by 30%, or is it 50%?

Activists are not satisfied, and one was on the CBC this morning waxing hot under the collar, adding to the Earth’s alleged rise in temperature. Not that I minded, mind you, as the temperature dipped to minus 17 centigrade outside, minus wind chill. Still too warm. The zealots want coercion, and, in the words of the glam rock band Queen, they want it now.

‘Scientists’ – and those scare quotes are advised – have now claimed we have twelve – or some say eleven – years left before ‘irreversible climate change’ occurs. How do they come up with that number, which evokes the most apocalyptic, and apoplectic, of the mediaeval end-timers, circa December of 999?

Not that the ‘climate changing’ is itself irreversible, for the climate is always changing, but that – and here they get rather vague – that the climate will change in ways that are unpredictable and ‘out of control’, that is to say, apocalyptic.

One may recall the Paris climate summit of 2015, where nations pledged to keep the planet’s temperature from going above a ‘two degree increase’, again, by severely reducing ‘carbon emissions’. Did they succeed? Is the Earth warmer or cooler? Who’s to say?

One wonders. Good King Cole realized that his regal powers stopped at controlling the wind and the waves and the levels of the ocean. Our current wunderkinds have no such monarchical modesty.

As the Earth swings around the Sun – if one is a Keplerian, which most scientists I presume still are – we are approaching the point of the winter solstice, December 20 – 21st on our Gregorian calendars, named after Pope Gregory XIII, when it is coldest in the northern hemisphere, warmest in the south, due to the Earth’s approximately 15 degree tilt along its axis, which affects how sunlight glances along and warms its surface. Yes, dear reader, heliogenic ‘climate change’ is alive and well and well-nigh irrefutable, accounting for a far, far greater swing in temperature than the paltry Parisian two degrees. Where I live, the range is more than 70 degrees centigrade – or Celsius, if you will – from minus 40 in winter, to plus 30 in summer. Or even more, some extreme days. All due to that raging nuclear inferno 93.5 millions miles away which we have named the ‘Sun’.

Everything else is hypothetical, and should be treated as such. Let us not destroy the world economy, nor our standard of living, nor, most of all, our human population and future generations, for the sake of a zombified ‘consensus’ of world scientists, enforcing a dogmatic orthodoxy upon their members and the populace.

I will leave you with words of sober warning from Michael Crichton, sometime physician and author of Jurassic Park, amongst other bestsellers, in a provocative speech he offered at Caltech in 2003, on whether aliens cause global warming (well worth a read to find out). A main theme in the address is the ‘consensus’ of global warming, now, generally, ‘climate change’ – with which apparently 98% of scientists agree. Of course, the ‘98%’ is itself rather dubious, not least since those who doubt, even a smidgen, are immediately shunned, finding themselves mysteriously unemployable. It is a quasi-Darwinian feat of self-selection.

But here is Crichton:

I want to pause here and talk about this notion of consensus, and the rise of what has been called consensus science. I regard consensus science as an extremely pernicious development that ought to be stopped cold in its tracks. Historically, the claim of consensus has been the first refuge of scoundrels; it is a way to avoid debate by claiming that the matter is already settled.

Whenever you hear the consensus of scientists agrees on something or other, reach for your wallet, because you’re being had.

And we’re being had on quite literally a global scale.