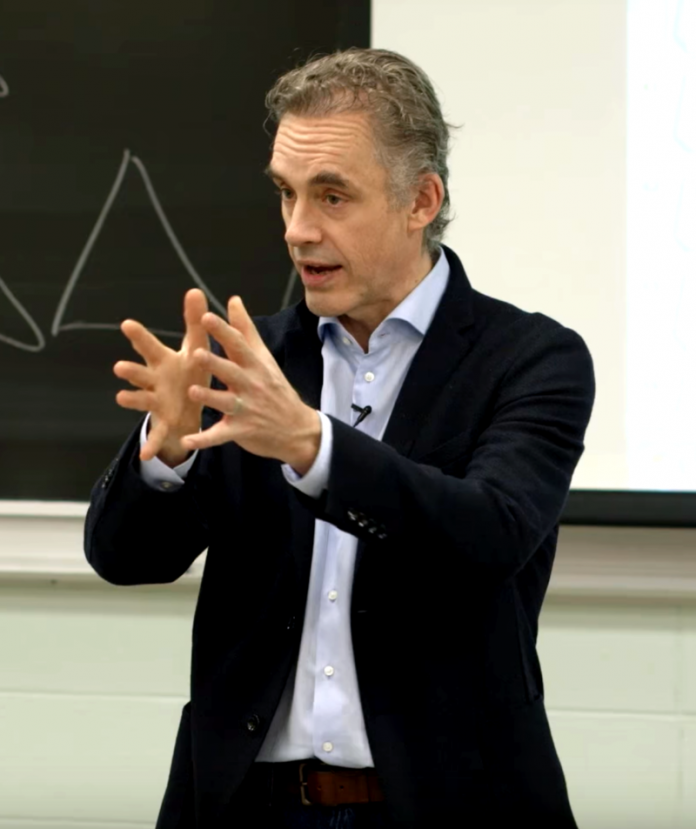 I want to begin with a caveat: I’m a fan of Dr. Jordan Peterson. I have listened to his lectures on personality, attended most of his lectures on the Old Testament, read Maps of Meaning, made a start on 12 Rules for Life. His work, his mind, are fascinating. I also think that we can and should support the work he is doing in fighting the rampant scourge of political correctness. However, I think we should be cautious of too facile an assimilation of his own thought into our thought. At the same time as he warns about the dangers of ideological liberalism, he also puts a dangerous spin on many of the elements of our faith. In this essay I expound a more nuanced and at times critical view of Peterson’s thoughts, especially on faith, in the hopes of challenging Christians to be cautious of their influence of on their own faith life.

Procrustes was an ancient Greek bandit, who infamously offered a bed to travelers and then forced them to fit the length, using a hammer or saw as needed. The idea of cutting off a persons feet to make them fit a bed seems laughable, but I find that much modern commentary on religion does something akin to this. When we analyze “faith” psychologically, sociologically, or anthropologically, we have to be careful that we aren’t changing the subject of analysis to fit our theory. If we leave out grace and revelation what do we have left? It’s possible to see Peterson’s Biblical lectures as a sort of Procrustean bed.

Taking a cue from Jung, who did a psychological examination of Job, Jordan Peterson analyzes the psychological meanings of the whole Old testament. The project itself seems noble, but also odd. What is the psychological significance of revelation? Is it useful to analyze revelation in this way? While an interesting project it also raises important questions about faith.

In his biblical lectures Dr. Peterson wrestles with the question of faith and offers a concept of faith that is different from the Catholic view. In one lecture he states that at some level faith is the belief and choice that being is good, and acting as if it is.[1] The evidence against the goodness of being is copious and it can be easy to drown in it, he says, but in order to live a good life we must act as though life is good. This is the psychological meaning of faith, to live as though being were good. Such a belief is good, and necessary, but is this faith?

For a Catholic this view of faith is inadequate and does a disservice to the gift of faith. Faith is not just a belief in being but a gift from God, not an attitude we take but a gift we receive. The Catholic knows life is good and that to bear it nobly is the right way to live, in some sense it is even an act of “faith.” The problem is that Peterson seems to define faith as such, and thus precludes real faith, faith as a supernatural virtue. Reducing the concept of faith in this way is a disservice to the supernatural gift of God. Faith stands above reason and is also a gift.[2] The belief that being is good is often difficult to perceive with reason alone, but it is not supernatural.

For the Christian, faith is the belief in God, a supernatural assent, with the help of grace, to the fullness of His revelation.

This psychological reductionism is found across his work. For example, for Dr. Peterson, Christ is a sort of meta-man who has descended into reality through the manifestation and evolution of the unconscious. He is the “conciousness that structure produces and uses.”[3] The scriptures, are a sort of meta truth that have arisen from the survival of ideas. Truth is then reduced to “ideas that survive.” God is reduced to the transcendence of all combined archetypal unconscious being. This seems a far cry from the God who breaks into our lives in a revelation of love, and who is totally other. If Christ, and revelation, are just the sum total of human beings across time then why bother with faith?

A good Christian principle to remember is that “grace builds on nature.” Such a principle could be used to redeem much of Peterson’s work. Just as the Fathers of the church suggested that providence had ordained things for Christ, for example, that roman civilization was the perfect medium for Christianity to spread, so an argument could possibly be made that unconscious archetypal processes created the path for Faith. I think psychological processes could have been part of the order of nature God uses to give us grace. It seems to me however that in much of Peterson’s work, the tendency is to “explain away”, rather than to “help understand,” revelation and grace. His work seems to to reduce instead of expand or deepen. When the scriptures are an amalgam of evolutionary knowledge or Christ is “meta-man,” we’ve lost something of revelation. In the Catholic picture grace doesn’t arrive out of nature, a sort of nature-plus, but breaks into, surprises and startles nature. God is immanent, but he is also transcendent, other, radical. I fail to see the preservation of this transcendence of God in Peterson’s thought.

The implications of such a “faith” infiltrate into the realm of action and ethics. Peterson has grown tremendously in popularity, partly through his ability to distill the complicated question of “how to be” down into simple rules. Most of these rules are useful and good, and following them will benefit you. However, lacking a “graced” metaphysics, Dr. Peterson’s ethics is also limited.

For the Christian the best mode of living falls in the middle of two dangers, Pelagianism and Quietism. Saint Ignatius’ rule best sums this up “pray as if everything depended on God, and act as if everything depended on you.” Without the grace of God Dr. Peterson’s work neglects this last part, and drifts towards the Pelagian end of the spectrum. He tells us that we must pick up our cross and carry it, and he is right, but he lacks the wisdom to know where his strength to do so comes from. It is not from himself that he can shoulder his responsibility, but from God. Although the hero Peterson want us to emulate is certainly naturally virtuous, he is not a man of grace but a man of nature. But as Christians we are not called to be heroes, on the natural plane, but saints on the supernatural. So, tell the truth, bear the burden of your life, and clean your room, but do so on bended knee in humility before the God of the universe.

As I said at the beginning, there is much common ground we hold with Dr. Peterson. His cry to us to bear and fulfill our responsibilities certainly points in the right direction. His fight against ideologically driven political agendas is also our fight. His call for us to “speak the truth, no matter the consequences” is a brave clarion call. But, this message is set against the backdrop of a firm agnosticism. We would do well as Catholics to take his message seriously, but with a grain of salt. Without grace we are ensconced in a modern sort of Pelagianism, with Christ no longer God, but simply a teacher. Archetypes and psychology are useful, but to Jordan Peterson I would say be wary of a Procrustean bed.