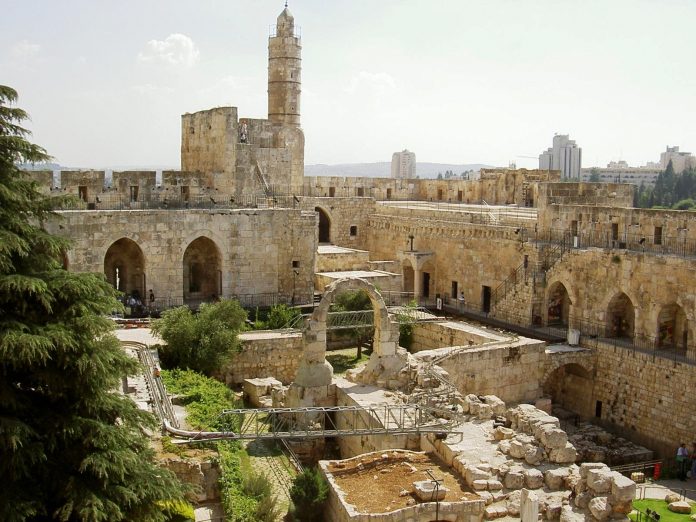 “1917 was the Balfour Declaration establishing Israel for the nations,

It’s been a year of important centennials commemorating that watershed year 1917. A year marking Fatima, the Russian Revolution and the Balfour Declaration – the latter of which has been the most ignored. That is, until the last minute intervention of Donald Trump.

Each of these centennials has been critically important because each influenced the 20th century profoundly and that influence has extended far beyond its own time and penetrated deep into our own century where all may come to ultimate fruition.

On December 6, American president Donald Trump made history with his announcement that the American embassy will be moved from Tel Aviv to Jerusalem, Israel’s capital and the centre of its government. This effectively recognizes Israel as the country it is rather than a mere concept her enemies would prefer to airbrush out of history – both ancient and modern.

Historically, Jerusalem has never been the capital of any sovereign nation except of the Jewish people. And historically, despite the forced diaspora of most of Jerusalem’s Jewish population after the destruction of the Second Temple by the Romans in 70 AD, Jews have been living continuously in Jerusalem for three millennia and have constituted its largest single group of inhabitants since at least the mid-1800s.

Then came the Dreyfus Affair in France in 1894 which shocked Jews everywhere into believing they would not be safe from anti-Semitism anywhere in the world until they had a country of their own. Which, in turn, gave rise to a new concept called political Zionism which provided a political template aimed at creating a new Jewish homeland and earning support across Europe and the United Kingdom where it made history as World War I was ending.

It was exactly a century ago – on November 2, 1917 – that British Foreign Secretary Arthur Balfour sent a letter to Lord Rothschild making public his government’s support for a Jewish homeland in Palestine, in effect establishing Israel for the nations. Later known as The Balfour Declaration, this letter led the League of Nations to entrust the UK with the Palestine Mandate, thereby providing the platform for today’s state of Israel.

But not before the horrors of Nazi Germany and the Holocaust lent ever more urgent impetus to the Jews’ historic and final return to their homeland which had ceased to exist for 1,878 years, from 70AD to 1948 AD.

On May 14, 1948, the modern state of Israel was officially declared, fulfilling the ancient prophecy of Ezekiel 37: “Thus saith the Lord God; Behold, O my people, I will open your graves, and cause you to come up out of your graves, and bring you into the land of Israel.”

But not without ongoing opposition which continues to this day.

Predictably, in the wake of Trump’s announcement, Palestinian leaders called for “days of rage,” and another intifada, declaring that the goal of a two-state solution is now dead and only a one-state solution is now viable. In addition, Egypt, Jordan and Saudi Arabia – all with large roles in regional policy – had urged Trump not to recognize Jerusalem by moving the American embassy there. As have leaders of most western nations, all bearing membership in the UN.

So, amidst all the smoke and noise, what’s really going on here?

It’s this: Recognizing Jerusalem is about recognizing Israel’s very existence.

It’s that simple. Jerusalem isn’t just the political capital of Israel, it’s the cultural and historic capital of the Jewish State. Jerusalem was and is the center of Jewish life and of Judaism. And as such, it is both a temporal and spiritual state.

“Jerusalem is the center of the world in Scripture,” observes Yakov Hayman, chairman of the United Temple Movement in Jerusalem. “It was David’s capital city; the site of the death and resurrection of Jesus Christ our Lord and Savior. It will be the place where Jesus rules the whole world with a rod of iron for a thousand years upon His return.” 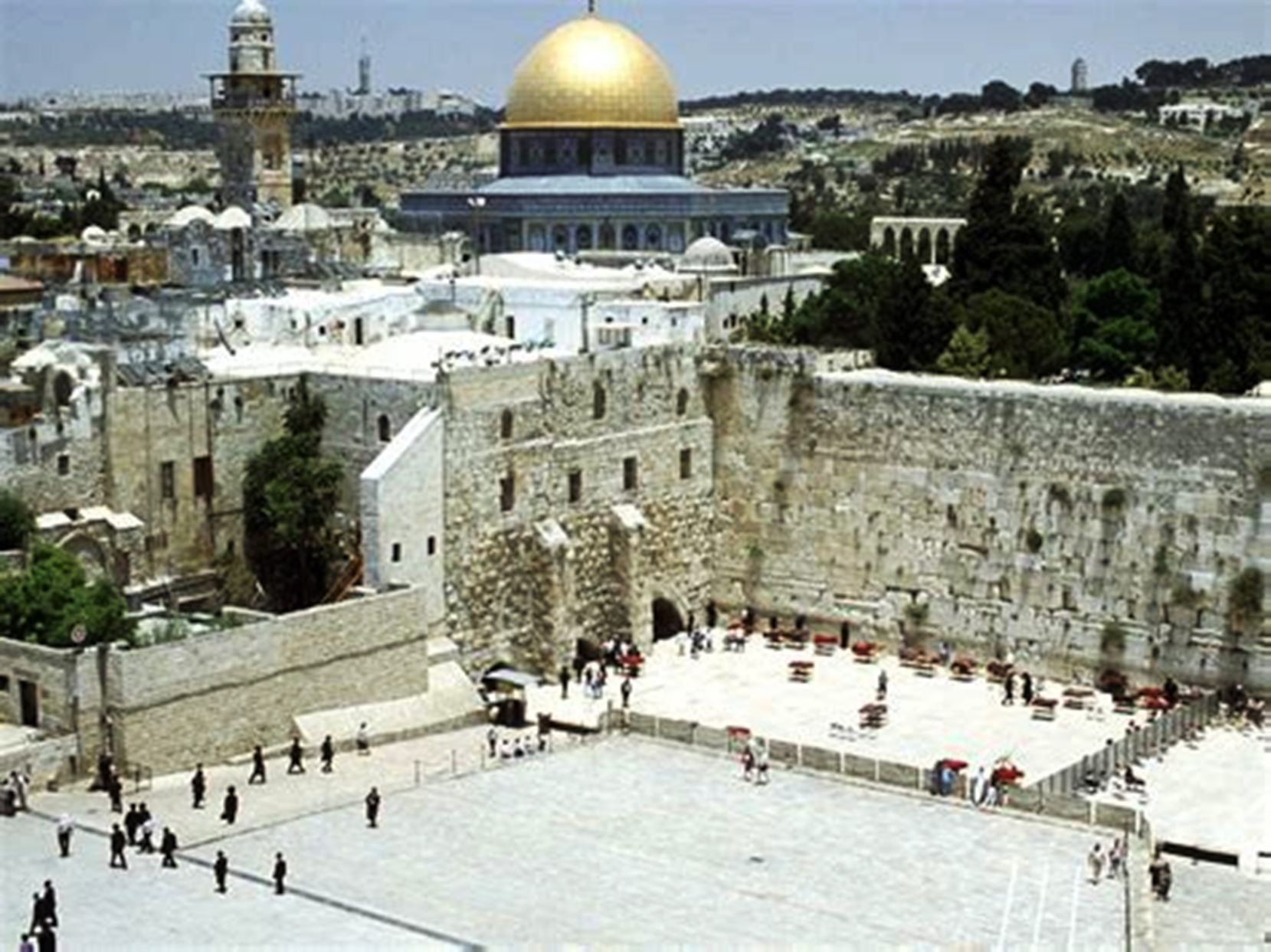 Confirming that all the outrage following Trump’s announcement is not about the so-called “peace process” or “two state solution”, NY-based historian and columnist Daniel Greenfield states: “That argument only obscures what this issue is really about: It’s a refusal to recognize the existence of Israel.”

Yet all the fractious politicking and demonstrating may also be serving as a convenient cover for the elephant in the room no one wants to acknowledge. Standing since 1948, the scriptural elephant is the final return of the Jewish people to Israel as prophesied. That prophecy was further fulfilled when Israel took control of all of Jerusalem following a defensive war against Jordan in 1967. And now Trump’s declaration appears to have cemented it even further.

All of which raises that oh-so uncomfortable question, particularly for secularists: Are Earth and Heaven again intersecting? Are words of Bible prophecy becoming facts right before our eyes? Are we – at long last – living in actual End Times?

Cardinal Raymond Burke seems to think so. In a recent interview with the UK’s Catholic Herald, the cardinal addressed the current confusion and error plaguing the Catholic Church, a situation so serious, he said, that the End Times may have come upon us.

When the foundation of the moral law is questioned within the Church, the cardinal said, “then the whole order of human life and the order of the Church itself are endangered..…In that sense, one may have the feeling that the Church gives the appearance of being unwilling to obey the mandates of Our Lord. Then perhaps we have arrived at the End Times.”

Long known for his defense of Church orthodoxy, the Herald asked the cardinal to expound on recent comments he made about the present time being “realistically apocalyptic” due to “confusion, division and error” within the Church coming from “shepherds” even at the highest levels.

Cardinal Burke explained that allowing access to sacraments for individuals living in sinful unions is “a violation of the truth” for both the indissolubility of marriage and the sanctity of the Eucharist.

“Now the confusion in the Church is going even further than that,” he added, “because there is today confusion as to whether there are acts which are intrinsically evil and this, of course, is the foundation of the moral law, imperiling the order of the Church and human life.”

In this year commemorating Fatima and Our Lady’s warnings about Russia spreading her errors throughout the world, Cardinal Burke’s comments resonate with Sister Lucia’s references to a ‘diabolical disorientation’ she saw threatening the Church decades ago. In a letter to Father Fuentes in the 1950s, she told the priest that the devil was seeking to lead astray souls consecrated to God. And that those consecrated souls would be tempted into deluding and deceiving others. “It is painful to see such disorientation, and in so many people who occupy positions of responsibility!”

Does this not resonate with scriptural descriptions of the Last Days in the apocalyptic books of Bible? As does the final return of the Jews to Israel, plans for rebuilding the Jewish temple and the preparation of Jerusalem for the Second Coming of Jesus Christ in all power and glory to the ancient city where He was crucified and resurrected?

Many would agree that all this does resonate with the deterioration of the state of the world today and the sense that – as things fall apart and decay irretrievably – major chess pieces of the supernatural world move into position. As described by Catholic historian Christopher Dawson: “In the supernatural and catastrophic character of the coming of the Kingdom insisted on in the Synoptic Gospels no less than in the Apocalypse, we find the same prophesies of coming woe and the same conception of a world crisis which is due to the ripening of the harvest of evil rather than the progress of the forces of good.”

And the answer? It is found in Isaiah 40 when the prophet calls the people to prepare for the coming of the Lord which, this Advent season, feels imminent and immanent.

“Prepare ye the way of the Lord, make straight in the wilderness the paths of our God.

Every valley shall be exalted, and every mountain and hill shall be made low, and the crooked shall become straight, and the rough ways plain.

And the glory of the Lord shall be revealed, and all flesh together shall see, that the mouth of the Lord hath spoken.

Behold! The Lord God shall come with strength, and his arm shall rule: Behold his reward is with him and his work is before him.

He shall feed his flock like a shepherd: he shall gather together the lambs with his arm, and shall take them up in his bosom, and he himself shall carry them that are with young.”

May a joyous and holy Christmas season be yours and your family’s.