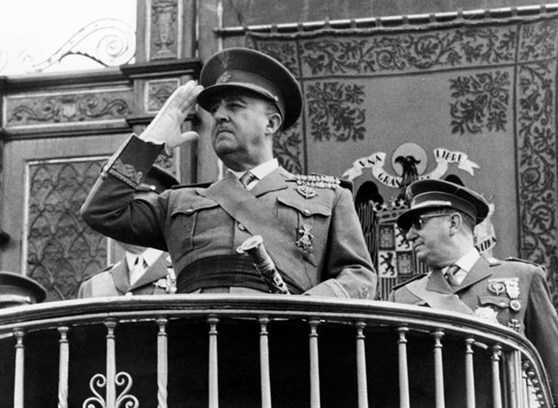 For more than a century now, the international communist movement has been hiding and sanitizing its own history while subjecting its opponents to relentless slander.

Its ultimate goal has never changed — to communize the entire world by radically overturning the social order and foundations of Christian civilization and supplanting it with communism’s false religion. Which is a secular religion based on materialism, with its own doctrines, sacraments and promise of salvation and which replaces God with the state.

To achieve this, the forces of communism have long had a formidable arsenal. This includes the power of a growing number of western governments tilting ever further left; international media (with a very few minor exceptions); all cultural and entertainment institutions and all the universities, allowing these ‘bastions of learning’ to shape and control the knowledge, thought and opinion of entire populations in favour of the Left. And to punish dissenters by censure, legal challenges, imprisonment and even death, depending on the situation.

In the old days of the mid-20th century, the communist game was popularly known as ‘The Big Lie’. As such, its deceits were well understood and well documented by opponents – mainly Christian – who watched its march through dozens of countries under the banner of ‘Liberation’ which promoted the utopian dream of how Life should be.

In truth, communism was the ultimate ‘con’, worked by often violent ‘liberators’ promising to make dreams come true by erecting an all-powerful atheistic State where poverty would be eliminated through the redistribution of wealth. And where happiness would abound. Except among those inconvenient dissenters who stood in the way of the scam by refusing to toe the party line. Naturally, these opposing voices had to be silenced. This was – and still is – the communist way.

So has its death toll over the decades which included a world war and several regional wars and has run into the hundreds of millions. Then, in the early 1990s, came the ‘official’ fall of the Soviet Union and the assumed demise of communism. But communism’s alleged defeat and disappearance was a delusion only, akin to fish questioning the existence of water. As with the oceans circling the globe, the communist ideology still flourishes everywhere.

And it flourishes with a whole lot of assistance from the media and academe which for decades have contrived to keep all those communist atrocities and their enormous numbers hidden from view. For obvious reasons: the communist death toll makes it harder to sell this vicious ideology to the naïve, the misinformed and the ill-educated. A key fact that communists (and there are many currently operating at every level in all western governments) have long understood. Ditto the powers of propaganda and slander which have long been essential tools used to destroy the lives and historical reputations of formidable opponents. Of which there have been far more than commonly realized.

Take the case of General Francisco Franco who, due to his patriotic efforts in the Spanish Civil War (1936-1939), kept his beloved Spain from falling under the yoke of atheistic communism – a defeat which the communist movement has never forgotten as it seeks to bury him once again and, if possible, into further obscurity.

It’s all so predictable. Predictable that Lefties labouring under decades of communist ideology (and all its bastards) would so fervently believe that Franco was a very bad man. A diabolical dictator. To them, Generalissimo Franco is not only still dead, he’s not dead enough!

Forget that his war, the Spanish Civil War, was the forerunner to the Second World War and, as such, was as ideological as the global war that followed. Forget that he saved his country from fighting in a bloody world war and from the horrors of communism that would soon afflict a host of east European countries, China, and eventually southeast Asia. And that it would continue its march to the present day, adding to its victories Venezuela, like Cuba, Cambodia and North Korea.

And just as countless other countries have been gradually succumbing to the ceaseless rage and shrieks of guilt-inducing Leftism, with the indefatigable support of Leftist historians and communist apologists such as Howard Zinn and Eric Hobsbawm who report 20th century history as the triumph of communism globally. This while communism’s body and soul count continues to rise astronomically in political violence, aborted babies, skyrocketing murder rates and non-stop public protesting, designed to shake the bed of state until it can no longer function . Which is a principle and practice Lenin perfected and which repeats like wallpaper around the world.

Spain still in the ideological grip

Just as the progressive communist Left’s ideological grip continues in Spain where, late last month, the Spanish government solemnly announced it will use legal means to prevent Franco’s remains from being reburied under Madrid’s cathedral, in another effort to rid the country of all historic memory of the Generalissimo.

Which began in 1936 when Spain was being torn apart by opposing schools of political thought – ‘nationalism’ on the Right and democratic ‘socialism’ on the Left which in 1931 had already begun burning churches in Madrid and Andalusia. This was followed in 1934 by the murders of 37 priests, brothers and seminarians in Andalusia.

Instantly dubbed the ‘War on Fascism’ by glamorous Leftists from around the world, here was Stalin’s chance to co-opt thousands of high-minded dupes – including more than 1,700 Canadians and Dr. Norman Bethune – into advancing the communist cause by joining the International Brigades which, in turn, were supported by writers such as Ernest Hemingway, George Orwell, Arthur Koestler, Stephen Spender and John dos Passos.

By the time the war ended in March 1939 with the surrender of besieged Madrid, 20,000 Catholic churches had been destroyed and 6,832 priests and religious (about 12% of the clergy) had been martyred in ‘Republican Spain’, most without trial.

All driven by politics and propaganda, the most lethal tools in the Left’s arsenal. “Through the Spanish war, Stalinism was assisted not only by superb public relations but by the naiveté, gullibility and, it must be said, the mendacity and corruption of Western intellectuals,” judges British historian Paul Johnson. “Especially their willingness to overlook what W.H.Auden called ‘the necessary murder’.”

Yet Franco won the war. Nor was he ever a fascist, Johnson says of Franco’s soliciting weapons from Nazi Germany, a move he regarded as ironically necessary but later regretted. Even so, it was the Generalissimo’s clear-eyed self-discipline (and probably much prayer, many Masses and sacraments) that won the day: “He used all his resources and finances wisely and fought a military war, while the Republicans squandered their assets and fought a political war.”

No surprise then that Franco, the deeply devout Catholic, has long displeased the Left for refusing to succumb to their atheism, lies and tyranny. And for fulfilling what he saw as his duty, which was to do what he deemed necessary to save his country from ideologues who regarded the use of any and all means, including murder, as justifiable to advance their cause.

Nor would Franco’s opponents ever acknowledge that his victory kept Spain out of the Second World War and kept his country peaceful and prosperous for decades.

Neither is it likely that Franco opponents appreciated the beatification of 522 martyrs of the Spanish Civil War on October 13, 2013 – elevated by the Vatican from among the several thousand priests, monks and nuns believed to have died at the hands of the Republic’s defenders, among whom anti-Church sentiment was strong. And remains so.

As evidenced once again in 2007 with the rise to power of the socialist Jorge Luis Rodriguez Zapatero who took what seemed mere hours to pass the Law of Historical Memory (aka the Law of Selective Memory), beginning the process of erasing Franco’s memory and deconstructing his legacy. This was done by removing statues, street names and other commemorations from across the country. Which might have prompted Franco to smile as he would have predicted correctly that the socialist policies of the Zapatero government were doomed to bankrupt Spain. Which they did.

So no surprise either that the issue remains sensitive between the Spanish government and the Vatican on how to proceed with Franco’s embalmed body which has been exhumed from his crucifix-topped resting place located at the Valley of the Fallen some 30 miles outside Madrid, a mausoleum built as a tribute to “national reconciliation.” When Franco died in 1975, his body was interred here among the remains of some 34,000 fighters from both sides of the war. Elsewhere around the country, anonymous mass graves also hold at least 114,000 additional victims of the war though some experts estimate that number to be closer to 1 million.

Not dead enough, nor obscure enough

Earlier this year, when Spain’s socialist government decided to exhume Franco’s remains and rebury them in a more obscure place – such as the El Pardo cemetery outside Madrid where his wife lies – his nine grandchildren agreed to receive the body only if he can be re-interred in a family sepulcher under central Madrid’s Almudena Cathedral.

In other words, contrary to the will of the socialist government scheming to rid Spain of both memory and historic truth, Franco may rise again. If only for a short time.

Interesting, is it not, how the Truth stubbornly refuses to be buried? Just as it cannot be lost. Or forever hidden. Regardless of how much effort is exerted to suppress it.

Which brings us to the current – and thoroughly unanticipated – rise of nationalism across the West which many blame on the rise of Donald Trump. But surely Trump, Victor Orban of Hungary and now of Jair Bolsonaro of Brazil are the effect, not the cause, of the growing hunger for Truth, the deepening distrust of governments and politicians, and the corresponding exposure of widespread institutional and personal corruption among powerful and prominent figures across the West and their manipulative State-serving ideologies.

“I came to bring not peace but a sword,” Jesus told His disciples, meaning that those who loved Him would/will find themselves hated. This is the very truth of life, as spoken by the Way, the Truth and the Life Himself.

Franco understood this. As did so many of the morally strong figures of the 20th century brave enough to risk themselves for the Truth only to be buried alive after death in Leftist postmodern history books. Unlike those empty moral preeners mouthing all the hollow sanctimonies, cheap idealism and humanist slogans of the bankrupt ideologies so ubiquitous today.

But that’s a topic for another day.