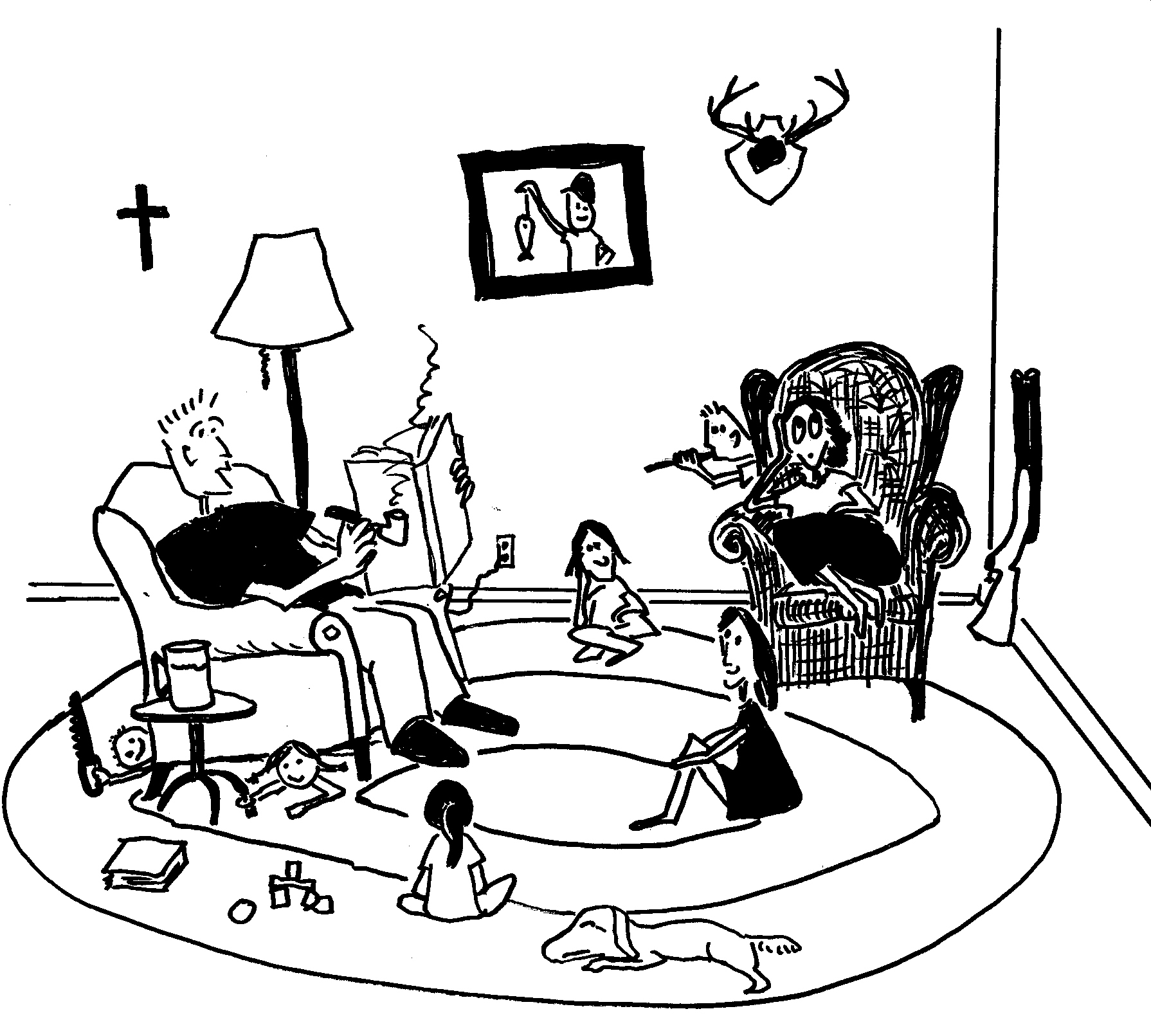 I deny that biology can destroy the sense of truth, which alone can even desire biology. – G. K. Chesterton, The Long Bow

“Papa, tell us some fairy tales!” all the children cried in a single voice.

“If you promise to be good, and not to fight, Patrick and Anna, and to pay attention, Sally, and when I’m finished to go straight to bed, especially you two, Elizabeth and Pippa.”

“We will, we will,” everyone promised.

“Okay, then let us begin,” their father said. “The first book is by Richard Dawkins, called All from Nothing.”

“Goody! Hurray!” all the children yelled, except for Margaret, who was sitting in an old wing-backed chair reading Little Women. “That story is silly,” she said critically.

“Now Margaret, don’t you ruin it for the little ones,” Papa said sternly (but inwardly quite proud of his precocious ten-year-old). “Now let us begin. In the beginning there was nothing, nothing at all. Then gradually, over millions and millions of years…”

“If there was nothing, how could there be time? Isn’t time something?”

“Yes, Patrick, but in a fairy tale you can have time.”

“…gradually, over millions of years, a little spark of energy appeared that grew until it exploded!”

“Ohhhhh! What then, Papa, what then?”

“If there was nothing, then where did the spark come from?”

“Quiet, Patrick! You’re ruining the story for the little ones!” said Papa.

“Where was I? Oh yes, it exploded into a big ball of energy and matter, and kept growing and growing, turning into Time and Space and…”

“…and Space, and slowly, all the stars, and the sun, and the earth, and the other planets appeared. The earth was a big blob of molten rock which cooled down to make a skin or crust. Water was formed…”

“…water was formed and in the water all kinds of chemicals were drifting about aimlessly, until some of the chemicals became alive, turning into crystals that could make other crystals exactly like themselves. These wonderful crystals slowly changed into one-celled creatures that ate…”

“But Papa!” cried Patrick, Sally, and Elizabeth all together. “If the crystals only made other crystals exactly like themselves, how could they change?”

“Well, over time things change, you know,” said Papa. Margaret pointedly shifted in her chair and raised her eyes.

“Papa, this is a silly story,” Sally said, and Patrick and Anna and Elizabeth and even little Hugh nodded in agreement.

“I haven’t even got to how people evolved yet,” said Papa.

“Can you tell us another story?” asked Anna. “Okay. This one is called Always and Always, by Stephen Hawking.”

“I hope this one makes more sense then the last one,” said Sally.

“Long, long ago, when the world was very young, even before the world as we know it was made, the whole world could fit into a small baby speck of energy. Everything was in that speck. The speck, in fact, was what was left over as the older mother universe had died and shrunk into itself. It got smaller and smaller until it was so small you couldn’t even see it with a microscope! Then, when it was finished shrinking and couldn’t shrink any more, it changed direction and began to grow! It grew so fast that it exploded into the world all around us. And someday, when it gets tired of growing, it will again begin to shrink into a tiny speck and do this over and over again, forever and ever.”

Papa looked at his children. They were staring at him and Margaret was chuckling to herself.

Patrick blurted out, “But that is so stupid!”

“But it is, Papa,” this from little Hugh.

“It’s just reincarnation,” said Sally, who had a big word for everything. “And,” continued Sally, “if that was true, why would anyone ever do anything? Or care about anything at all if everything just happens over and over again?”

“You might as well be a drunk!” shouted out Elizabeth.

“Well, why not? If everything happens again and again, why do anything or make anything or work hard? You will only need to do it all again,” persisted Elizabeth.

Papa picked up some other books. “Since you don’t like these, then maybe I can find something you do like. How about Just Print More by Bob Rae, or Why Bother Working when Money is Free? by Thomas Mulcair? Or this classic, I Know Best but Should Have Known Better by Gregory Baum? Here is a book with lots of pictures of polar bears in it, Warmer Warmer Give me Money! by Al Gore…”

“Papa, I think we have outgrown these fairy tales. They’re not believable,” said Margaret.

“Yes, not believable,” repeated Elizabeth and Hugh, with tiny Pippa nodding her head.