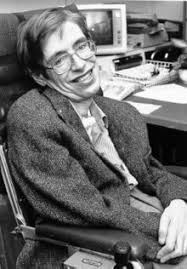 Today is Pi Day, the third month and 14th day, signifying of course 3.14, the first digits in the ratio of a circle’s circumference to its diameter. Pi has now been calculated to 22 trillion digits, by a computer, of course, although Chao Lu pi to 67,890 decimal places, which took him 24 hours and four minutes to recite. Poor Mr. Lu had actually memorize pi 100,000 digits, but made a mistake on 67,891st. Alas. But he’s still the record holder, one I am not sure anyone wants to beat anytime soon.

This is also the birthday of Albert Einstein, a fitting day for the passing into eternity of Dr. Stephen Hawking, perhaps the second most famous scientist, besides the frizzy-haired Einstein. Like his mentor, Hawking ‘wanted to know the mind of God’, and achieved world fame with his 1988 A Brief History of Time, a popular, if still rather erudite and esoteric book on theoretical physics, a record-setting bestseller which has sold 10 million copies. He was also known for his numerous television appearances, which introduced a wide audience to the mysteries of cosmology, relativity theory and the paradoxes of black holes and quantum mechanics. Hawking also accepted a position at the Perimeter Institute for Theoretical Physics in Waterloo, bumping up Canada’s profile in the scientific world.

Hawking suffered from a slow progressive form of ALS, amyotrophic lateral sclerosis, which paralyzed him, except for a cheek muscle, which he used to speak through a voice recorder; initially falling into depression, he overcame his disability to achieve excellence in science, holding the same Lucasian Chair in ‘Natural Philosophy’ that Newton did in the 17th century.

Hawking had an interesting view of metaphysics, believing the universe had to exist the way it is, by mathematical necessity, and his view of God was not anything a Christian would accept. He accepted the ‘many worlds’ interpretation of quantum physics, that there were infinite universes branching off with each ‘quantum event’, an idea first proposed by Hugh Everett in 1957. I will have to look more into Hawking’s version of this odd theory, but presumably in some of them, the scientist is still alive; in others, he never had his debilitating disease, and an infinity of other possibilities.

We know not how many were influenced by Stephen Hawking’s agnostic and rather Pythagorean views, that ‘everything is math’, embedded within science since at least the time of Galileo, but all truth, if followed diligently and truly, leads to God, in some way or other.  Dr. Hawking certainly knows now what’s up, or down, and beyond, and that math itself is a creation of great and good Creator, who made all things in freedom and omnipotence. Here’s hoping in his life of searching made what peace he could with what God he knew.