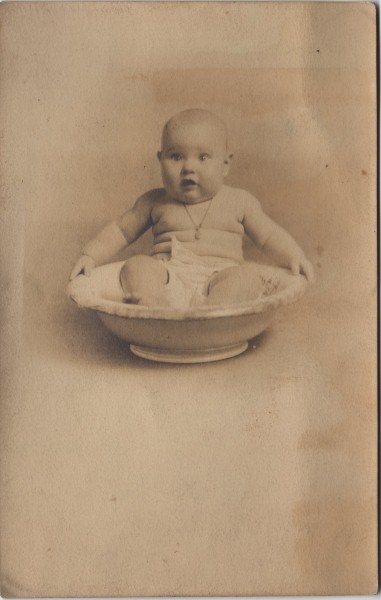 In all the debates that are going on in the world, there is, perhaps, none that are so relative as that which surrounds abortion, and each January brings that argument into the spotlight. Science tells us that life begins at conception, and yet, if someone wants an unborn child, then it is a baby, a blessing to be loved and cherished. But if no one wants it, if it is imperfect or for some other reason “undesirable,” then it is a fetus, considered disposable. Anyone who has ever argued about some point touched by Relativism knows that there is no way to win such an argument. It is impossible. Where there is no truth, no right, no wrong, there can be no winner.

Adding to the complication of the matter is that a generation and a half have now been raised completely under the gloomy cloud created by abortion. Whether a person supports the pro-life or pro-choice cause is now as much a matter of upbringing as it is personal choice. The culture clash of life and death becomes steadily worse as the gulf between the two factions widens and the situation descends into Dr. Suess’s The Butter Battle, with two sets of people who cannot comprehend WHY the other side could possibly think that they are right. At that point, the argument is no longer a matter of morally right or morally wrong, it is just a competition to see which side can trump the other.

It is a stalemate. Neither side can win. Arguments are pointless, because they take place in the realm of logic without reason, which is a place where insanity blossoms and blooms. And, as Chesterton points out, “The insane explanation, if not conclusive, is at least unanswerable.”

The only possible way to combat this insanity is with steadfast and unfailing faith and reason. If the argument is only still going because of Relativism, then the antidote for that is absolute truth. And that, unfortunately, is not something that humanity is very good at. For example, not very long ago, I saw that a prominent pro-life organization had posted a Facebook link to an article combating society’s particular readiness to promote the abortion of children conceived through rape. A commenter replied to this article extremely aggressively. At this point, the reasonable thing for the organization’s Facebook moderator to do would be to address the commenter with as much politeness as possible, or ignore him altogether. Instead, the group re-posted the man’s comment along with some scornful, snarky line. Naturally, the result was that the nasty commenter received lots of nasty comments about his nasty comment.

The problem with that scenario is that the pro-life organization was posting an article on the inherent dignity of every human being. They defended the unborn nobly, but they forgot to defend the dignity of the already born. They fell into the trap of relativism—a baby is wanted, and therefore is beloved to us and worthy of dignified treatment, while the nasty commenter was slammed, again and again, by persons who claimed to be defending the sanctity of life.

January marks the anniversary of the legalization of abortion in the US through the case of Roe v. Wade. Standing representative to the rest of the abortion arguments, is the fact that Norma McCorvey (a.k.a Roe) has since changed her position, and no longer supports abortion. The woman who provided a key ingredient to making abortion legal in the US became an outspoken pro-life advocate. This offers one of the best reasons I can think of to be kind to pro-choice advocates—they change.

Blessed John Paul II wrote in Centesimus Annus, “Human persons are willed by God; they are imprinted with God’s image. Their dignity does not come from the work they do, but from the persons they are.” The main argument against abortion is that all humans should be treated with dignity. This means the unborn baby, of course, but that is the easy one. Except in a few terrible circumstances, it isn’t really hard to love a baby. The much harder part is to fight for the absolute dignity of already born people. It is not enough to love the baby. It is also necessary to love the abortionist, the crazy commenters, the promoters of Relativism and arguments that make no sense, criminals, terrorists, and so on. We have to appreciate those persons as having exactly the same inherent dignity and humanity and purpose as an unborn child. Otherwise, the pro-life argument becomes just as relative as the pro-choice argument.