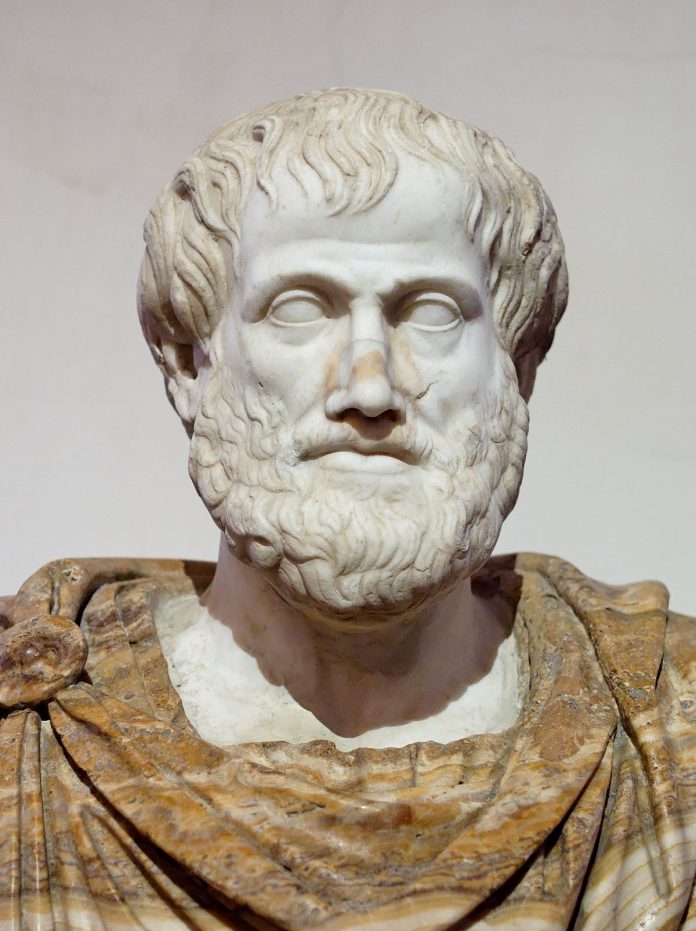 In his Confessions, the brilliant St. Augustine tells his reader that he knows quite well what time is, until someone asks him to define it.  When pressed to give a definition, St. Augustine finds himself unable to think of the words which will adequately express the nature of time.  The business of forming good definitions, especially good definitions of fundamental things, often proves to be quite difficult.

Now virtue is something which is fundamental to man’s happiness, both on a natural level and on a supernatural level.  And, not surprisingly, its definition easily eludes us.  There is no clearer illustration of this than in the discussion which takes place between Meno and Socrates in Plato’s Meno.  In this Platonic dialogue, Meno is presented as a man well known in ancient Athens for his lengthy and erudite discourses on virtue and other noble subject matters.  The dialogue opens with Meno asking Socrates to explain how men acquire virtue.  Meno inquires, “Can you tell me, Socrates, whether virtue is acquired by teaching or by practice; or if neither by teaching nor practice, then whether it comes to man by nature, or in what other way?”  Claiming to be ignorant of the nature of virtue, Socrates responds by saying that he cannot answer this question until Meno reveals to him the definition of virtue.

Thereafter a lively discussion ensues.  Try as he may, each of the several definitions which Meno sets forth are successively shown by Socrates to be failed attempts at capturing the essence of virtue.  Finding himself at a loss, Meno gets briefly schooled by Socrates on how to form proper definitions and then they move on to discuss other related matters.  Sadly, for the reader at least, the genuine definition of virtue is never spelled out either by Socrates or by anyone else in the dialogue.

Thankfully, St. Thomas Aquinas does not similarly disappoint those who want to know what virtue is.  In his Summa theologiae (II-II, q. 55, a. 4), St. Thomas defines virtue as follows: a good habit of the mind, by which we live uprightly, of which no one can make bad use, which God works in us with us or in us without us.

Though there are many noteworthy things about this definition, two of them merit special attention here.  First, it is important to see that this is a complete or perfect definition in the sense that it contains all the parts which one may hope for in a definition of virtue.  Aristotle points out that a complete definition of something includes all the causes on which the existence of that thing depends.  For the same causes which account for the existence of a given thing also give rise to that thing’s intelligibility.  Accordingly, since virtue depends on four distinct causes, the complete definition of virtue must contain within itself some reference to all four of these causes.

One of these causes is the proper subject in which virtue exists.  This subject is man’s rational part or mind.  Hence, the definition of virtue includes the phrase, “of the mind.”

Second, since every virtue is a stable quality of the mind, and a good one at that, we can see that virtue depends in an intrinsic way on the nature of habit as well as on a certain sort of goodness.  Thus, in the above definition, the words, “good habit,” constitute virtue’s formal cause.

The third kind of cause on which virtue depends is its end or final cause.  Put otherwise, we can say that the virtues are worth possessing so that, through them, we may act well or perform good human acts.  Performing good human acts, furthermore, is second nature to the man who has the virtues, and such a man cannot use his virtues to do something which is sinful.  When a virtuous man does sin, he does so precisely through failing to utilize his virtues.  This final cause of virtue is expressed in the above definition by the words, “by which we live uprightly, of which no man can make bad use.”

Fourth and lastly, every virtue comes to be in us through some agency.  Some virtues, such as the natural virtues of prudence, justice, fortitude, and temperance are acquired by us through repeated good acts of a determinate kind.  Others, like the theological virtues of faith, hope, and charity are not acquired in this way, but rather are infused into us directly by God.  The former kind of virtues are ones “which God works in us with us,” while the latter kind are those “which God works in us without us.”  And because the definition of virtue given by St. Thomas is a definition of virtue in general (and not just of one kind of virtue or another), it refers to both the ways in which God causes virtue to come to be in us.

Reflecting on God’s intimate involvement in our acquisition of virtue bears on a noteworthy, and quite practical, implication of this definition.  Simply put, it is this: since God is the first agent cause of every virtue which we may have or hope to have, it follows that He is more responsible than we are for our becoming virtuous and for our remaining virtuous.  This fact should remind us of the words of our Lord, who teaches us that, “without me you can do nothing” (John 15:5).  Moreover, because God is more the cause of the goodness of our virtuous acts than we are, we should be moved to praise Him whenever we do anything virtuous.  Apropos here are the words of the Psalmist, “Non nobis, Domine, non nobis sed nomini tuo da gloriam” (“Not to us, Lord, not to us, but to Your name give glory”) (Ps. 113: 9).  And yet, such humble and grateful praise of God leads us, quite wonderfully, to grow more and more in the very virtues which God works in us.