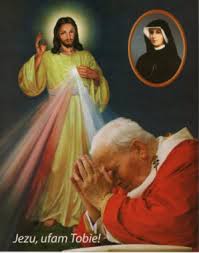 “Pray as much as you can for the dying. By your entreaties, obtain for them trust in My mercy, because they have most need of trust, and have it the least. Be assured that the grace of eternal salvation for certain souls in their final moments depends on your prayer.” (Diary, 1777)

The Catholic Church encourages us during the entire month of November – the Month of the Holy Souls – to pray for the faithful departed. She also invites us to see death as a door to Eternal life. In the writings of St. Faustina, Christ points out the means for safely and confidently going through that portal.

This year marks the tenth anniversary of the formation of the lay apostolate “ARK” (the Apostolate of Rescue of the Dying) by the Shrine of the Divine Mercy in Kraków, Poland. It was approved by the local Auxiliary Bishop, Jan Zając, which endeavors to help the sick, the suffering and the dying. Currently there are 700  people formally involved in a prayer for souls at the vital moment of death, when eternal salvation is at stake. Every day approximately 200 anonymous names are delivered to the base, mainly received via SMS. Each person who gets a name sends it to his friends willing to give spiritual support, but their precise number is not known.

Sabina Borsuk, the co-coordinator, says “Many people ring me to thank for a prayer. There occur sudden healings; but first of all, I hear of many examples of a good [Christian] death. I sometimes learn of emotional tears when  a person reconciled to God in the nick of time.”

Because the family of a dying person is often plunged into despair and sadness they are simply  unable to bring comfort and solace to those who are nearing their journey home. Hence, the spiritual  assistance of the apostolate is absolutely essential, especially when the recitation of the Chaplet takes place during the Holy Hour. Besides, joining together in prayer for the living and the dead entrusts us all into God’s care.

The chaplet of Divine Mercy which is prayed on the beads of a regular rosary  only takes about five minutes! When it comes to figures and statistics, if we assume that the world death rate is 120 per minute, then within this span of time we can help at least 600 people. Without the Chaplet, there is always a risk that those who entirely wasted their life will go to hell. In fact, it is a place where, on the strength of even one unshriven mortal sin, one shall languish forever in the most frightful and unimaginably hellish torment.

On the occasion of the Great Jubilee of the year 2000, St. John Paul II, wanted to underpin the value of  this practice by imparting a Special Apostolic Blessing to all the faithful “who during Adoration of Our Most Merciful Savior in the Most Blessed Sacrament of the altar will be praying the Divine Mercy Chaplet for the sick and for those throughout the world who will be dying in that hour.”

The Assumption of Our Lady brings hope to all believers that what God has accomplished in her, he will do for us, too. It provides us with the firm assurance of Mary’s intercession when we seek her prayers, especially saying:  “Pray for us now and at the hour of our death.”

The Divine Mercy Chaplet for the Sick and Dying is recited in many countries around the world: including France, Germany, Ireland, Mexico, the Philippines, Spain, the UK and the USA, and are part of an International Registry established by the Apostles of the Divine Mercy. I regret, that this practice is not as widespread in the Antipodes.

In the Land Down Under, an innovative new program has recently been launched, as they brag about, “drawing upon the rich pastoral traditions of the church to help accompany the dying.” Regrettably, there is not even a brief, mention of the Chaplet of Mercy for the Dying in this scheme which after all could securely guide people passing over to the next world. Nor is there a permanent prayer group for those staying in Palliative Care Services. Instead of it Aussies, even Catholics, too often seek to choose the circumstances surrounding demise on their own.

Many people for whom the parameters of life are much more plausibly found between the covers of, say, The Guardian, The Sydney Morning Herald or Woman’s Day, are rather not interested in tracing the soul’s trajectory at the moment of death. There is something hypnotic about them; it is something that draws them like moths to a flame, making them adore the Earth and transient life. For worldly people the Devil, also known as Satan, Lucifer is only a mythic figure who embodies evil, and hell is an invention of the church.  Whereas, they could not be more deluded.

St. Benedict exhorts us: “Keep death daily before your eyes.”

Holy persons who embrace death with confidence, even joy, are truly able to stand apart. Hence, the more we know about the experience of the already considerable number of our canonized or beatified brothers and sisters, the greater progress we can make toward transforming the experience of death and grief from a horrifying event into a good or paradoxically happy one.

In conclusion, though the present may be eclipsing an attention to the future with its sacred moment of passing from this life to the next, we should nevertheless prepare ourselves each day, and get used to death so that the soul by detaching ourselves from the desires of the flesh, so that we become free. The body, our human nature, must be kept under the control of the new mind, the spirit of Christ living in us. As St. Paul says ”For to me life is Christ, and death is gain.”(Phil 1:21)

“At the hour of their death, I defend as My own glory every soul that will say this chaplet; or when others say it for a dying person, the indulgence is the same.” (Diary, 811)

I believe it is not only my personal conviction that the faithful expect profound faith and particular courage from the pastors of the Universal Church.

St. Maximilian was an apostle fueled by zeal for the Faith. Even though affected with tuberculosis and its consequences, he drove himself and others with a single-minded enthusiasm born in charity. For him preparing a soul for imminent death seemed to be more important than offending religious sensibilities and arousing some negative emotions in people.

Whatever was repressed or forcibly excluded from a given situation or milieu,  the Saint was able to find his way back in through other routes.

“One night [in Zakopane], during a raging storm Fr. Maximilian was woken up to go to Sanitarium.

Mrs. Krajewska is an atheist who is gravely ill but she never ever wants to hear of confessing; what is more – the chief physician assured her that she would live. Concurrently she is in her death throes.

Fr. Maximilian gets up quietly in order not to wake up other patients, and tiptoes into the corridor.  Next he proceeds to the Chapel for Viaticum and runs as fast as he can up the hill in heavy rain, through the mud to Sanitarium.

Fr. Maximilian returned pleased that he had prepared her [Krajewska] for crossing over into eternity.  Two days went by and Krajewska died.

Many more examples could be given – the author of this book lists a number of names adding: This is only a handful of those happy people who thanks to the zeal of Fr. Maximilian reconciled to God, and passed away. In 1921 he led a Jew to the Catholic faith and baptized him.

[…] To the question of a Rabbi – Why do you baptize Jews? Fr. Maximilian  replied: He clearly believed in what I had presented to him as truth and asked me for Baptism.”