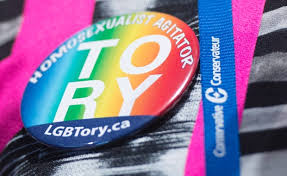 To capitulate derives from the Latin root capis, capitis, ‘head’, and literally means to cease to resist an opponent by drawing up terms under ‘headings’ or ‘chapters’.  So any mutual agreement is a kind of capitulation, as many of you who are married may attest.  Hence, the term is connected with that of compromise, where two parties, ‘co-promise’ to abide by some agreement.  There is nothing intrinsically wrong or distasteful with capitulation or with compromise in their original etymological sense.

Usually, in a compromise, the weaker party retains some of his rights and privileges.  The two parties may even be equal, and agree to a stalemate of sorts.  The cold war a kind of compromise, based on the morally dubious, and as its acronym implies, insane, principle of M.A.D. or ‘mutually assured destruction’.

We usually consider capitulation worse, a complete giving in, even handing over one’s head, bowing in submission before the clearly superior entity.  What was demanded by the Allies of the Axis and the Japanese towards the end of World War II was ‘unconditional surrender’, again a morally dubious principle of total and utter capitulation, which many plausibly argue unduly prolonged the war, leading to untold hundreds of thousands of unnecessary deaths, military and civilian, the firestorming of cities, and the atomic destruction of Hiroshima and Japan.

I began pondering the whole philosophical notion of capitulation over the weekend, when I heard of the Conservatives at their convention in Vancouver giving in on the nature of marriage.  Yes, dear reader, the Conservative Party of Canada has now officially abandoned any principled opposition to same-sex ‘marriage’ in its constitution.

Of course, need it be said, some, perhaps even many, inside and out of the conservative camp see this not as a capitulation, but as a necessary evolution, even an enlightenment, dragging the Conservatives out of their primitive Prestonian-Harperian Dark Ages into the dawn of a new era of universal rights and privileges.

Our Prime Minister mocked even raising the question of same-sex ‘marriage’:

Among other things, they’re debating the merits of marriage equality. In 2016. More than a decade after we made same-sex marriage legal in Canada,”  Trudeau said to gales of laughter.

“Well, better late than never, right? Who knows, ten years from now they might finally be willing to admit that climate change is real. Or that tax cuts for rich people don’t help the middle class,. Or that government shouldn’t legislate what women are allowed to wear on their heads.

I wonder about the ‘gales of laughter’.  And the reality of climate-change.  Or whatever Trudeau means by legislating what women wear on their heads, presumably the Islamic niqab.  I wonder if he would be against a Sharia law forcing women to cover their faces whenever they were outside? How far would his feminist credo take him against a non-capitulating Islam?

But back to marriage:  Did the Conservative Party capitulate based on principle, on expediency, or on the fear of being the subject of ‘gales of laughter’ by the jejune comments of an immature and ill-formed Prime Minister and his merry band of sycophants?

But capitulate they have, and here is the rub:  At the basis of any society, as its unit or cell, is the family, defined as a husband and wife (one must specify male and female nowadays), along with their children (cf., Catechism of the Catholic Church, 2202).  Although there are situations that approximate in an analogical sense this notion of ‘family’, the homosexual union does not.  The disorder involved in the ‘joining’ of two men (or two women, in a different way) cannot bring good to the couple, nor, qua homosexual, to their prospective children.  It is a grave disorder, and cannot be deemed an act of ‘love’ or ‘unity’.

To be clear, conservatives do not fear legions of married homosexuals destroying society, not least because there are no legions.  There are not that many of them, and even fewer who will avail themselves of this new freedom to marry.

No, it is rather the legitimization in positive law of such unions with the name, and all the rights, privileges and benefits of ‘marriage’ and ‘family’ that is deceitful and destructive. When push comes to shove, everything else in terms of social policy flows from one’s view of marriage and sexuality.  For a conservative to deny the basic truth of marriage is like a mathematician denying the reality of one and zero.  Do what you like with your new reality, but don’t call it math.

What are we now to call the Conservative Party?  And how, pray tell, do they plan on rebuilding society once our Liberal iconoclasts have had their way, now that they have capitulated on the very building block of that society?

Far better if they had stood on principle, like today’s saint, Joan of Arc.  In fact, it is the only thing to stand on.