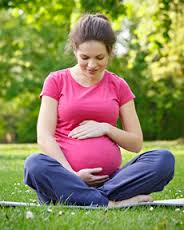 What sad, pinched lives the climate zealots must live, every emission of carbon and its derivatives a cause of sorrow, guilt, regret. You may recall the factoid I mentioned recently, courtesy of the CBC morning show, that each meal we consume equals a carbon-loaded drive to the next town over; depending on where you live, say, Iqualuit, that would make quite the dinner. Every morsel they put into their mouths must be dry and bitter, turning to sawdust and ashes, like the prophets of old repenting of the sins of Israel, whose transgressions at least were real. We must make our carbon footprint ever smaller, and smaller and smaller, until, like the Who’s of Horton, they – and we – almost disappear…

At least, that’s what the CBC would like to see happen to a lot more of us, especially all those children who have yet to come into existence. So in a recent article, scientists – such as they are – have now exhorted – at least so far they are exhorting, but coercing cannot be all that far around the corner – that the best way to fight ‘climate change’ is to have one fewer child. This, for most families in Canada, would mean having no children at all. On their graph – which you may peruse by clicking on that link – they claim not having that non-existent little guy would save a whopping 58.6 billion tons of CO2, while going without a car – one’s whole life, presumably – would save a meagre 2.4 billion; avoiding air travel, 1.6 billion, upgrading your light bulbs 0.21 billion, and so on, until we’re all shivering in dark corners breathing as little as possible.

As I alluded in a recent piece, the CBC, media complex and state-run educational system have combined to brainwash the populace. Now, everyone seems to be a walking, talking climate zombie, like those characters in the 50’s dystopic epic Invasion of the Body Snatchers, except in our updated all-too-real version, it’s our minds that have been snatched. Woe to those who are ‘deniers’, or even climate agnostic; a mere shred of doubt is enough to get one shunned, almost, soon methinks, institutionalized. As the film advocates in its not-so-subtle message (it was originally an anti-Communist metaphor), unwittingly paraphrasing Christ: stay awake, people. Truth, which goes along with a healthy skepticism about doubtful things, is precious, and it’s the main thing that’s going to save what’s left of our civilization.

This puts a whole new spin on whether it would have been better for a man never to have been born, the theme of the Christmas fable It’s a Wonderful Life. Of course, as the angel Clarence Odbody teaches the hapless George Bailey, every person, every life, is a great good, a miracle, whatever that person makes of his own time before eternity. Such really is the message of that Christmas stable, where a myriad of angels rejoiced, as I’m sure they do for each baby born.

The silly CBC graph would be humorous, were it not so evil and, quite frankly – although I strive to avoid pejorative adjectives – idiotic. But let’s use imprudent, to be amenable.

It is evil, since it is anti-life, a new form of Manicheism, that old (3rd century) dualist heresy which held all matter, especially the human body, to be bad, the product of the god of darkness; while, on the other hand, or other god, spirit and souls were good, made by the god of light. Having children was verboten, and the best thing you could do in such a religious system, quite literally, was to slowly starve yourself to death. They had whole methods how to carry this out, like the current Hemlock or Death with Dignity. Albigensians in southern France held a similar doctrine in the 12th century, and had to be extirpated by Simon Montfort. Saint Dominic originally founded his Order to fight this demonic heresy, which is why Saint Thomas is so insistent on the great goodness of matter, bodies, food, eating, sex, babies, conversations, games, all in the right order and moderation, of course.

Now, in the 21st century, the age of ‘enlightenment’, we have the neo-ecologists who again want to off most of the people, all in the name of a gnostic science which no one can prove nor, more significantly, disprove– for how does one refute climate change? Since human beings are bad for the ‘environment’ – veritable organic spewing factories of CO2 – the fewer, the better.

Quite literally, to hell with that.

It’s also idiotic, sorry, imprudent, since Canada is quite obviously dying, moribund, and one can almost feel a palpable despair and ennui. We need children, so that the next generation at least shows up. Demography is, after all, destiny. Our reproductive rate is sitting at 1.6 children per woman, well below the minimum replacement rate of 2.1, a rate which was last seen in 1971, when George Harrison and the Osmonds were top of the charts, colour television was still a relatively new thing, and someone born then would now be approaching the half-century mark. It’s been downhill ever since.

We soon won’t have anyone to invite to our parties, and how many Canadians will hobble with their walkers over to the double centenary celebration on Parliament Hill? Already, in fact, we don’t have enough workers to produce the goods we need to make used to be called the ‘economy’, nor enough taxpayers to fund the social security net we have built up, from employment insurance, universal Medicare, to old age pension, all of them facing imminent financial collapse. No wonder the Liberals legalized euthanasia: A quick injection and pat on the arm is a lot less expensive than keeping them – yes, ‘them’ – fed and breathing. So even the old won’t be on Parliament lawn smoking their doobies with Trudeau’s great grandson in 2067. In fact, I’m not sure who will be, the rate things are going. Maybe some Mexicans, if they’re still having more than two ninos, but then why would they want to freeze their keisters off in Canada – and I bet dollars to Tim Horton’s doughnuts that the land o’ the north will still be cold a half-century hence. And might as well use the Deutsch now before it goes extinct, for by then there will be even fewer Germans than there will be Canadians (reproductive rate, 1.5, which is functionally near-zero).

I recently brought a small choir to the local retirement home, to offer some musical joy to the residents, whose lined faces, but sparkling eyes and laughter, signified a life well-lived in this still largely Catholic rural area, but where, like most places, the faith and population are diminishing. One venerable lady mentioned she had had sixteen children, which would put her off that CBC chart into the CO2 red-zone, but, then, people lived more simply and happily back then, and ‘climate change’ was what the weather portended for hanging out the laundry.

I care not a whit whether life produces less CO2, but I do care whether it produces less sin, misery and depression, and more virtue, joy and happiness, more family and fellowship, more children, cousins, kith and kin, bonded by the deep ties of religion and a rich culture filled with music, food and noble, transcendent liturgy.

Without all this, life is sad, hollow and empty; and without people, there is no life at all.