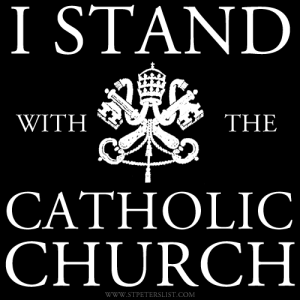 Last Sunday, in our reflection on the Sacred Scriptures we noted that in light of the upheaval and confusion being experienced both in the world and in the Church, it is all the more necessary for us to remain steadfast in the truth and charity of Christ. Our world is becoming increasingly violent; a world where people are led and misled by half-truths and slogans. This violence is directed against individuals and institutions; and a new term – cancel culture – has been coined to describe what can happen to individuals and especially to historical figures and even institutions that may not meet the standards of a new and intolerant ‘orthodoxy’. Generally speaking, these cultural barbarians espouse Marxism and they seek the dissolution of the social order. Their violent rhetoric and violence itself is directed against Western civilization and by consequence, the Church, because we well know, it was the Catholic Church that built Western civilization. You may have heard that in the United States there have been calls to destroy religious images deemed offensive. This is called iconoclasm and it is a very disturbing development. The demand to destroy, cancel, and change is not limited to the monuments of faith and culture; it includes foundational documents and charters and what concerns us, the very Scriptures themselves – the word of God.

The temptation to alter the word of God is not anything new. St. Paul the Apostle warned the earliest disciples of Our Lord of this: But even if we, or an angel from heaven, should preach to you a gospel contrary to that which we preached to you, let him be accursed (Gal. 1:8). The disciple may neither add nor subtract from what he has heard from Our Lord. When there is an attempt to alter what has been received, what we create is our own church; the church of man that seeks more often than not to make the gospel more palatable, but with disastrous results. In the second chapter of the Second Letter of St. Paul to the Thessalonians, we read these words of encouragement: So then, brethren, stand firm and hold to the traditions which you were taught by us, either by word of mouth or by letter (2 Thes. 2:15).   This chapter is worthy of our prayerful consideration and careful study for it speaks of the mystery of lawlessness [that] is already at work; only he who now restrains it will do so until he is out of the way, and then the lawless one will be revealed  (2 Thes. 2:7-8). We have reached a critical point; certainly as it concerns our own cultural and civilizational struggle, and to remain indifferent to this will only further what some have termed the suicide of the faith and by consequence, the culture.

So then, brethren, stand firm and hold to the traditions which you were taught.  The whole content of the gospel at least as it concerns us individually, is given to us by Our Lord today: ‘Whoever does not take up his cross and follow me is not worthy of me’ (Mt. 10:38). Our Lord is asking us especially in view of the chaos that surrounds us to make the Cross the measure of our life; to make self-giving, self-sacrificing love the foundation of our life both in our love for God and in our love for our neighbour. This is the foundational principle of Catholic culture everywhere and it gave rise to the greatest culture and civilization in human history. As I often remind you, most if not all of the social services that we take for granted in our society have their origin in the Christian practice of the corporal and spiritual works of mercy. Truth be told, this is the foundational principle of our own our nation.

When the first missionaries came to Canada to preach the gospel to the indigenous peoples of our country, they came with a message of salvation which proclaims the equality of all peoples; that both they and we might be dead to sin and alive to God in Christ Jesus (Rom. 6:11).  For the Catholic Church, all lives matter. This is why the Church of Christ is always and everywhere a missionary Church because God desires all men to be saved and to come to the knowledge of the truth (1 Tim. 2:4). At some point in our own ethnic or cultural history, the Gospel was preached to us, we received it, our lives were transformed by it; and we were civilized. We were made fit citizens for the City of God, the Heavenly Jerusalem. The story of the Church in Canada is no different. Our Chapel of St. Joseph dedicated to our country’s patron, with its altar piece of our Canadian Saints bears witness to the loving, sacrificial spirit that has fostered the love of God and neighbour and continues to do so through the witness of our own lives. We are heirs of this noble tradition.

Nevertheless, what we continue to experience is a gradual and studied emancipation from God on the part of our government and our culture. It is now assumed that only the unenlightened believe in God. Nature however, abhors a vacuum; and in the absence of belief in the true and living God of revelation, His place is taken by the gods of atheism: secularism, eugenics, messianic environmentalism, political and cultural Marxism and the government.

You have heard these words before but they bear repeating because they are being fulfilled in our hearing. In 1976, at the Eucharistic Congress held in Philadelphia, Pope John Paul II, then Cardinal Archbishop of Krakow in Poland, had this to say: We are now standing in the face of the greatest historical confrontation humanity has ever experienced. I do not think that the wide circle of the American Society, or the whole wide circle of the Christian Community realize this fully. We are now facing the final confrontation between the Church and the anti-church, between the gospel and the anti-gospel, between Christ and the antichrist. The confrontation lies within the plans of Divine Providence. It is, therefore, in God’s Plan, and it must be a trial which the Church must take up, and face courageously…

This is why we must pray for the grace of perseverance in the faith and pray for the Triumph of Our Lady’s Immaculate Heart. The Mass and the Rosary are the spiritual arms we need to take up at this time with greater fervour and devotion. Pray your Rosary every day and if possible, attend Mass more than just on Sundays. Pray for the restoration of the Traditional form of the Mass and the restoration of the Church will follow. Above all, let us foster in our ourselves and especially in our children, our poor misguided youth, a spirit of sacrifice; for this is what renders all of us most like Our Lord Himself who today reminds us: ‘Whoever does not take up his cross and follow me is not worthy of me’ (Mt. 10:38). ⧾