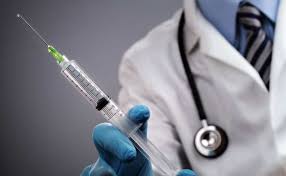 Sometime this Holy Week, the federal parliament will vote on Bill 84, an amendment to the ‘Medical Assistance in Dying’ Act which legislated physician-assisted ‘suicide’ last June.  Of course, when you allow doctors to kill their patients, and patients to commit publicly-funded suicide, things can get complicated, and Bill 84 is an attempt to clarify the loose ends, so to speak. Who can die? Who can kill, how, and with what qualifications? (so far, physicians and nurse practitioners) Can they be sued if things go, ahem, wrong? And on it goes.  To paraphrase Shakespeare from his fictional murderous tragedy, Macbeth, playing out in all-too-real fashion in our fair land:

Oh what a tangled web we weave,

When Man no longer wants to live,

And consent to kindly death, he doth give.

The one sticking point, pun intended, for those health workers still with a healthy conscience, is the protection of that very conscience. Will they be forced to administer, participate in, even refer for, euthanasia?

So far, in its current form, the Bill provides no such protection, so physicians and nurses are left on their own to face the consequences of whatever decision they make. This, of course, is manifestly unjust, but not surprising, for the whole mess is unjust. Furthermore, the health practioners are in an analogous situation to teachers and other government employees, in that they are all publicly funded, paid handsomely for their services, and it is a truism, as I will never tire of repeating, that he who pays the bills calls the shots.

Ponder what it would take for the legislators who support euthanasia to offer a ‘way out’  for those doctors and nurses who object.  They would have to admit, at some level and in the mind of some, that what they are doing is wrong.  It is sort of akin to Henry VIII forcing Thomas More to take the Oath of Supremacy proclaiming the King head of the Church in England:  The former chancellor just asked to be left alone, but Henry could not abide More’s steadfast conscience, especially in the light of his own troubled one, and knew that others may well follow his lead.

Physician-assisted suicide is now the law of the land which, in the minds of all-too-many Canadian lawmakers and citizens ill-trained in philosophy, to say nothing of Judeao-Christian revelation, means that it must be morally good and sound. Why else would it be law?  For them now to offer a ‘conscience clause’ would be like offering such a clause to Jehovah’s Witness physicians who might refuse to do blood transfusions. If he is the only physician in town, he had better leave his conscience at home and do one to save the life of a dying patient, regardless of his own objections.

So, they conclude, how dare an objecting physician force someone to suffer interminably, say in a remote area, lingering in agony, while a more compliant replacement is found, which could take some considerable time and expense.  You’re paid to do a job; do it.

The deeper and a priori difficulty in all of this is that we have allowed the State and its functionaries to creep inexorably in where they do not belong.  As such, we are no longer free, or at least a lot less free than we used to be, and we are scarcely even aware.  We have allowed the State to form our children, our youth, our adults, in public schools from kindergarten to university, ever-more divorced from truth, and this whole system has in turn formed our physicians, our legislators, our health care system, and so on.  We did not notice this much when little things were at stake, and the State still somewhat benign, but now that it is quite literally a matter of life and death, and the State not so benign, in fact, looking distinctly tyrannical, some are waking up.

A good thing, I would posit.  But I hope it is not too little, too late.