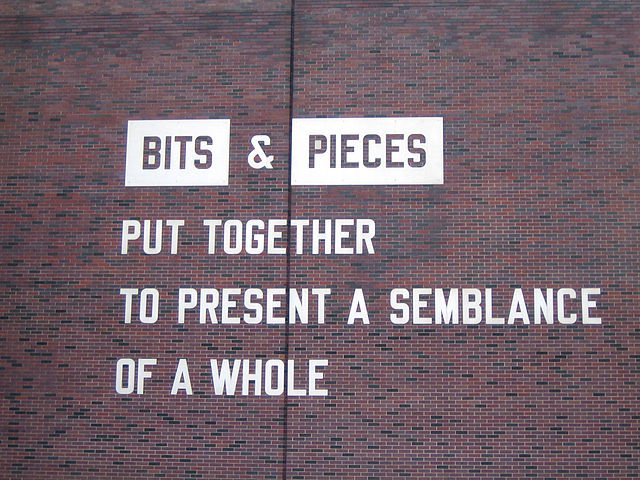 Jesus provides us with a motive for acting, viz., the love of God, which in practical terms produces a love of our neighbours. The behaviour of someone whose decisions come from such love will be different from those who act out of self-interest. Consider businesses for instance. Where love is the activating principle, the business will be seen primarily as a service to the clientele, and the owners will look for ways to minimize the cost of their product. Imagine a meeting of the board of directors of the Maple Leafs whose main purpose was to lower the prices of tickets and snacks so as to allow as many ordinary people as possible to attend the games. On the other hand, if profit is the main concern the question would be, “How much more can we charge for everything and get away with it?”

John Henry Newman was vividly aware of the significance of a difference in motive. In fact, he went as far as to say that arguments were a waste of time for interlocutors who had radically different starting points. He illustrated his view by examining the doctrine of the Trinity that as Catholics we recognize as the beginning and the climax of our faith. Newman began with a fact: the full divinity of Jesus is ambiguously described in the New Testament. Sometimes it is clearly affirmed, as in Thomas’s cry after the resurrection: “My Lord and my God!” But elsewhere the doctrine seems to be questionable, as when Jesus said, “The Father is greater than I.” And such ambiguity is even more pronounced in references to the Holy Spirit. This situation presents no difficulty for us Catholics because our starting point is twofold: Scripture and Tradition. And Tradition, as we find it stated in the Nicene Creed, for instance, is clearly and definitively trinitarian. But others, whose starting point is the Bible and the Bible alone, have been led to deny that Jesus is fully divine, the Jehovah Witnesses being one such group. Newman would say that there’s nothing to be gained in arguing the point because the two sides have radically different starting positions, with the result that each one is perfectly logical and therefore completely defensible within its own system.

Let me further illustrate Newman’s observation about the uselessness of most arguments. Again, I begin with a fact: there is no essential difference between a child about to be born and one that has just been delivered. Pope—or rather Saint—John Paul II argued thus: “Since you accept that infanticide is illegal, you should, to be logical, declare it illegal to kill a child before it has been born.” But a philosophy professor at Princeton University, Peter Singer by name, reverses the argument. He would say rather that, since it is legal to kill a baby before it is born, it should be legal to kill it after it has been born: “Newborn human babies have no sense of their own existence over time. So killing a newborn baby is never equivalent to killing a person, that is, a being who wants to go on living.”[1] And granted his premise, Singer is eloquent in its defence: once the child has been born, the doctors can examine its reflexes and its intelligence before deciding whether to kill it or to let it live. As with the disagreement about the Trinity, so here: no debate is possible because the two sides have different first principles. As Singer himself noted, “the Pope and I have the only logically defensible positions in this matter,” and this is indeed correct, as each is the necessary consequence of its basic convictions. For the Pope, human life is sacred as God given; but for Singer, “The notion that human life is sacred just because it is human life is mediaeval” (and we all know that there is nothing more contemptible than to be mediaeval). His starting point, then, is that a human being has somehow to justify his right to continue living. You can readily accept, I am sure, that he would be an advocate of euthanasia, including the killing of people who are experiencing dementia, a position I recently heard a politician defend in a radio interview. After all, if a horse breaks its leg we shoot it, don’t we?

Let me pursue this interesting topic with a third instance of Newman’s axiom about the impossibility of arguing about remote conclusions that arise from essentially different principles. Here’s another fact: animals have rights, and it follows that they should not be abused. But there are different ways to approach this observation. In the Bible man, as created in God’s image and likeness, is superior to all the other animals and as such is their lord:

Thou hast given him dominion over the works of thy hands; thou hast put all things under his feet, all sheep and oxen, and also the beasts of the field, the birds of the air, and the fish of the sea, whatever passes along the paths of the sea.[2]

To be sovereign is to act responsibly, to recognize an obligation to safeguard our physical environment because it has been given to us in trust by God. But there is no ban on exploring and exploiting the latent possibilities in creation, whether by making a violin, building a skyscraper, or by using animals for clothing and food. The opposite view denies man’s special creation; he is an animal like any other and therefore must treat them as his equals; and if human beings are to be respected, so all the other animals should be equally honoured. The implications of this second view, however, are not necessarily positive, for the argument can be reversed: the fact is that in the animal world one species preys upon another: “Nature, red in tooth and claw.”[3] Why, then, should humans not behave in more or less the same way? Some societies, we gather, actually accept and act upon this brutal aspect of the behaviour of animals, feral or human. According to a pamphlet put out by the Falun Gong movement, there is “extensive evidence that . . . thousands of prisoners of conscience in China . . . may have been killed for their organs by state-run hospitals to fuel the state’s multi-billion-dollar transplant tourist trade.”

Could Newman actually be right in claiming that there is no possibility of arguing against such practices? Are we really thus on the brink of a moral volcano? Whatever the case, there is certainly a summons for each of us to examine his own basic principles. As Christians we find them made explicit in the Gospel, in that every human being is precious in the eyes of God because he has been first created and then recreated by the grace that flows from the death and resurrection of Jesus Christ, our Saviour.