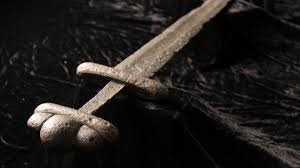 There is more to Advent and Christmas than just waiting for and celebrating Christ’s birth. It serves as the beginning of an epic, and Advent is the prologue whereby we prepare for the first spellbinding chapter. There’s a thread running through Christmas that ties into so many other Christological elements, including Christ as Divine Lover, in concert with the poetry of St. John of the Cross, whose feast aptly coincides with the Advent season on December 14.

But I feel this depth and dimension often gets overlooked in the over-sentimentalized secular seasonal hype. It is a 3-D sort of depth, set against the backdrop of darkness and death and a frozen landscape. It is brittle bleakness in the bleak midwinter, bearing up against the frosty wind, iron ground, and stone water. The elements have given up their ghosts, and seem to be suspended in a state of waiting, waiting for the light, the breath, the rush of some solitary stirring that speaks of life’s return.

I think some of the lesser known Christmas carols can capture this stark freshness, like the sting of the winter air on our cheeks. For me, English carols hold the deepest resonance, seeming to rise from ancient mist, and rain, and soil, and sea. It is freshness of light piercing dark for the first time, of song piercing the silence, and the sky being rent by angel trumpets and an infant’s wail. It is the town crier making his rounds: “Past 3 o’clock, and a cold frosty morning! Past 3 o’clock! Good morrow, masters, all!”

You get this feeling you are being called out of your comfort zone, and you could go out and sing it alone into the night, and into the moon, and challenge the dark. I’ve done that before, gone outside in the winter chill and sung out these carols at the top of my lungs, talking to the emptiness of the night. I feel compelled to say, “Darkness, you can’t frighten me; I’ll walk into the heart of you, and I’ll sing because your reign is ending.”

We are stumbling along with our eyes seared by the sight of a star burning away the scales. We reach out and seek an immaculate maiden’s hand to guide us through the night. “There was a star, lady, shone in the night…larger than Venus it was, and bright, so bright!” It brings us “comfort and joy” but also courage and strength, and a renewed willingness to dare the dark. We are given a path to follow.

There is an empowering aspect of the season. Making a reference to Disney’s Frozen, we feel the urge to banish our fears and cry out, “Let the storm rage on; the cold never bothered me anyway.” But in our case, the cold really has bothered us, and our fears are every so real. But we are now given the means of grace, and the blaze of fire, to fight back against it. And so we light our Advent wreaths, one candle at a time, with longing licking at the stems and melting the wax of our hearts.

Christmas has an element of battle about it, actually, the pre-dawn whisperings of the conflict to come. Or perhaps those angel trumpets are very much a declaration of war, setting the stage as it were for the coming of the spring, and the final battle during the Triduum. It is like in C.S. Lewis’ Narnia, when Father Christmas, who has not been seen for many years in the absence of Aslan, comes and gives the Pevensie children gifts of war: Peter’s sword, Susan’s bow and arrows, and Lucy’s healing horn.

I am thinking also of the coming of Christianity into Pagan Europe. Already in place were generations of epic myths, of Beowulf and his monster-slaying, and all others like it. They are like foretastes of something much more epic, but also more paradoxical, demonstrating that a baby’s cry can rend what a warrior’s sword cannot.

This reminds me of a Jewish hymn for Hanukah, the Celebration of Lights remembering the victories of Judas Maccabeus over the Greek invaders and the rededication of the Temple, called “Maotzor.” The loose English translation out of the original Hebrew text reads: “And Thy word broke their swords when our own strength failed us.” For Christians, the notion of the Word of God takes on a new meaning as the theological “Logos” according to the Gospel of John:

This also makes Christmas a “festival of lights”, springing from the Jewish root of Jesse upon which the faith is built. From Judas Maccabeus and the miracle of the last flask of oil that burned for eight days, we are led to the Lion of Judah who comes to us as the Lamb of God by the light of a star, promising a conquest in which “a child shall lead.”

But Christ comes as more than a baby; He is the seed of so many symbols. In the old English carol “Tomorrow Shall Be My Dancing Day”, Christ is portrayed as the great Lover of Humanity: “Tomorrow shall be my dancing day, I would my true love did so chance to see the legend of my play, and call my true love to my dance…sing, oh, my love…my love…my love…this have I done for my true love.”

He is multifaceted and richly endowed as Lover, Warrior, Priest, King…and yes, as an Infant. It was these many descriptions that enabled early Christians to explain the unexplainable. The heroes of their epics, their royals, their romances…and coming forth through an infant who has started the adventure. They could only understand by the things they knew best, the stories they had told for generations. But Christmas holds within it antithesis of some of their stories as well.

Often enough, their heroes would be born through bizarre sexual escapades between flawed humans and the mischief-making gods. Christ is born of a Virgin by an overshadowing of the Holy Spirit not to cause mischief, but to save humanity. Indeed, Mary is the epitome of “the pure vessel” because she is conceived free from the stain of original sin, and submits herself as “the handmaid of the Lord”, recognizing that her soul “magnifies the Lord” who will fulfill his promises to the Children of Israel. She took up the mantle of her heritage, and all humanity, when she aligned her will to that of the divine through that incarnate Logos: “Be it done unto me according to thy Word.”

But her child is not born to conquer, in an earthly sense. This Word will not shatter the swords, but will be rent by them. This savior is born to die, a Man of Sorrows, sending seven swords through his mother’s heart. The cry of a firstborn precedes the cry rent by nails through flesh.  He’s born to challenge the dark and get swallowed up by it…and by submitting to it, shatter into so many pieces.

All of this comes back to St. John of the Cross, and why his poetry applies to Advent and Christmas. He speaks of night not as a thing to fear, but as a place where union with the divine may be sought out: “O night, thou wast my guide! O night more loving then the rising sun! O night that joined the lover to the beloved one, transforming each of them into the other.”

Is this not the crux of the incarnation, and that “silent night, holy night”, which lies not just in a cave in Bethlehem, but in the essence of our own souls, breathed into existence by a God who has deigned to share our mortal frailty? The Star of David heralds the Son of David, and glowing jewels in the scepter of salvation light up all the world.