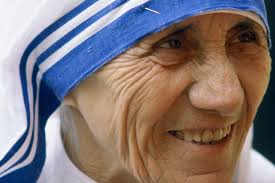 This statement from Saint Thomas’s Summa[1] expresses in succinct form the theological insight that creation and redemption are the work of the same God, and hence, at their best, will be in harmony with one another. Consider in this light Saint Paul’s altruistic concern for the needy Christians in Jerusalem:

Now concerning the contribution for the saints. . . . On the first day of every week, each of you is to put something aside and store it up, as he may prosper. . . . And when I arrive, I will send those whom you accredit by letter to carry your gift to Jerusalem.[2]

We have here an instance of “almsgiving,” which means using our possessions to help others. It’s not restricted to religion; the principle is at work when the government uses our taxes for welfare or unemployment benefits,  as it now does, during the pandemic. Businesses, too, will have benefits for their employees, in the form of dental plans, paid leave of absence, and so on, all of which indicate that ownership, individual or collective, is not independent of outside claims. We don’t think of such things as alms, but properly understood, that is what they are.

Whatever certain people have in superabundance is due, by natural law, to the purpose of succoring the poor. For this reason, Ambrose says, . . .  “It is the hungry man’s bread that you withhold, the naked man’s cloak that you store away, the money that you bury in the earth is the price of the poor man’s ransom and freedom.”[3]

Family members know what almsgiving is, although we never think to use the term for the care we give to one another. Parents, to take the most obvious case, are generous towards their children, providing them not only with food, shelter and clothing, but also with affection, education, good example, and that most precious of all commodities, time. The joyful assumption of these responsibilities is, or should be, characteristic of married couples the world over. Christian parents, however, add something more, in that they educate their children in the faith, the greatest gift of all.

What does the season of Lent have to add to these facts? Two things, corresponding to the twofold nature of Lenten penance: to overcome sin and to grow in virtue. During Lent, parents who have not been meeting their responsibilities towards their children are called upon to repent—not too strong a term—of their neglect by putting things right. The positive element of Lent—growing in virtue—is accomplished when parents reflect on their relationship with their children. Consider family prayer. Grace before meals, for example, could be expanded a little by, say, reading a verse of Scripture or adding a short extemporaneous prayer. Parents often pray with their young children at bedtime. Could a way be found to keep something similar going into adolescence? And what about parents themselves praying . . . and praying together?

And single people? Well, almsgiving, in the broad way I am discussing it, affects our contact with other people in all its manifold dimensions. If we are to fulfil our Lord’s command to give alms, i.e., to love our neighbour, we should spend a moment considering the extended family, the workplace, our friends and acquaintances, and so on. The genuine concern of the Christian for his fellow man governs his dealings with all of these groups. These principles apply equally to employers and employees or to students and their teachers. These are enterprises directed to the good of everyone. The employer has a responsibility to pay his employees a living wage, and to supply the public with a worthwhile product. The employee, similarly, has pledged himself to do his work well and to co-operate with management and his colleagues. An obsessive concern for rights on the part of the employee and for profits on the part of the employer subvert their service to the common good, that is to say, in their special form of almsgiving.

The final stage for our charity is even wider in scope, in being international. The rich nations have a responsibility to assist the poorer countries, especially when, as can happen, our affluence is achieved by their impoverishment. The principle is clear; its application is fraught with difficulty. To what extent should we support a brutal and corrupt régime whose policies have impoverished and abused the very people for whom they are responsible? No one is capable of answering that question on his own. We elect members of Parliament precisely to handle such matters. But there are also organizations in our society that are well-informed about certain aspects of the third world and have mounted effective ways to reach the common people that governments—local or foreign—bypass.

Almsgiving is more than giving a looney to a beggar, good as that may be. We must replace Cain’s cynical question, “Am I my brother’s keeper?” with a resounding, “Yes, I am.” We shall then merit Christ’s accolade at the last judgment: