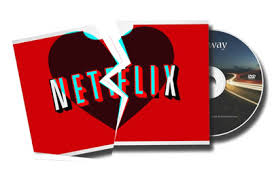 Saint Adelaide, whose memorial was yesterday in that broad calendar of the blessed, was the first, and as far as I know only, Empress of the Holy Catholic Empire. As a young girl, in 947, she had been married to King Lothair II of Italy, who was likely poisoned. She ran for her life, escaping into a marsh, pleading for help from the King of the Germans, Otto – the future Holy Roman Emperor – who not only rescued the damsel, but fell in love with here, as many a derring-do knight will, and their happy marriage produced four noble and good children. Pope John XII crowned them Emperor and Empress on February 2nd, 962, and ruled together amiably until 983, when Otto died, and Adelaide governed alone until her son, Otto II, came of age, at which point she retired to a nunnery, dying on December 10th, 999, expecting, and hoping to live until, the Second Coming three weeks later at the turn of the millennium. So we may call her also the original Y-1-K-er.

We now know that Christ had at least another thousand years of history in mind, and a few more – we know not how many, now that Y2K has also come and gone. But return to earth again, He will, at some point, perhaps sooner some may think, with clouds descending, in full glory and majesty, as judge of the living and the dead.

And while we’re ponding that auspicious event, if you have not bought into Netflix, don’t, and if you have, you may want to seriously consider chucking the whole thing. Besides the endless second-or-third-rate films (and there are few other sorts now made), the streaming company, for reasons that are difficult to discern, has just come out, pardon the pun, with a series depicting someone claiming to be Yeshua of Nazareth, flaunting about as a ‘homosexual’ – will they ever tire of this trope? – who brings ‘someone’ home to meet mother (which I will not capitalize, as this is not really ‘His’ “Mother’), portrayed anachronistically as a pot-smoker.

Where, or when, one wonders, is the fire and brimstone, at least of the metaphorical variety? Blasphemy ranks amongst the most heinous of sins. Not to get too eschatological and Y2+K, but how long will the true Mother of God restrain the heavy hand of her divine Son, God Himself, ready to smite mankind back into some semblance of sense and reverence? The fear of the Lord is the beginning of wisdom…and, as Vatican II warned, the world stands in peril unless wiser men are forthcoming. They – fear of God and His wisdom – do seem in rather short supply of late.

I wonder when Netflix will find the moxy and intestinal fortitude to make a series about a tipsy, bibbling Mohammad bringing home the tweenster Aisha to meet mommy dearest. But they’d probably get the full Charlie Hebdo treatement, and, regardless, that too would be anachronistic; for Muhammad was a tender 51 when the ‘Prophet’ ‘married’ the moppet, and his mother, in those days of shorter life spans, had long since gone to her eternal fate. Aisha had to make do, jostling for her place amongst the ‘Prophet’s’ dozen other wives – I can’t recall the exact number, and can’t be bothered to look it up, and, anyway, there were ‘wives’ and there were ‘concubines’ and there were the inevitable spoils of war amongst the dhimmi – marriage, or at least the conjugal relations normally confined within that ancient covenant, seems a rather fluid thing in many versions of Islam. Perhaps even he lost track somewhere along the way.

More realistically, following up our ponderings of hell in the last post, perhaps the Netflixian purveyors of this blasphemous rubbish may, in their own eternal fate, be forced to watch, eternally, the effluvia they have foisted upon a bored and unsuspecting populace, seeking some relief from the ennui that so plagues modern man.  Or at least for have them watch for a good billion years if they repent, and their punishment becomes purgatorial rather than infernal. We may always hope, but the avaricious sins of Scrooge seem rather pale in light of the moral chaos we are now witnessing.

So turn the screen off. Read a book, or at least good, uplifting stuff on the internet, like, say, Catholic Insight, or some other fine periodical (whether or not you would put CI in that latter category). Pick up an instrument. Go for a brisk walk, or even ski, snowshoe, cycle or kayak. Have some friends over, with some wine or coffee and fine conversation. Bake banana bread. Get married and raise some children in an out-of-the-way place. Attend Mass, in a place with liturgical propriety. And meditate on the eternal truths of our Faith, pray the Rosary, the Breviary. Always, dear reader, whatever else you choose, pray. Rejoice in the Lord always, and use the time well. For that time may well be, indeed always is, close at hand.