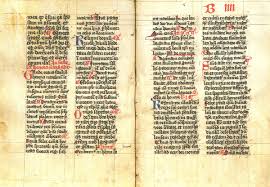 “All this Jesus said to the crowds in parables; indeed he said nothing to them without a parable.”[1]

Some time ago an American missionary priest—we’ll call him Father Jim—was sent to a village in Nicaragua. He was appalled at the poverty and inertia of people whose spirit had been crushed by a negligent and oppressive regime. Here, certainly, was the periphery that Pope Francis had called us, as Catholics, to serve. Knowing something about the co-operative movement, he contacted a few of the more active men and women of the place and convinced them to pool the little money they had in order to purchase a lathe and a sewing machine. He then showed the men how to turn out artefacts, such as wooden bowls and containers. The women, too, began making simple garments, which they had no difficulty marketing as their prices were low and the quality was good. It would be an exaggeration to say that business flourished, but there was one stroke of luck. An acquaintance of the priest’s in the States was able to stock the products in his store, where they had a definite appeal as “native” craftwork. Soon a metal lathe was added to the workshop and an assortment of other tools, while the women were able to expand their list of products with the purchase of a loom. Their sales rose after the priest had an attractive brochure printed and circulated.

Father Jim remained the soul of the operation and found his time so fully occupied that sometimes he would come to the end of a weary day and only to realize that he hadn’t said a word of his breviary. “Well,” he thought, “the Lord understands,” and he went to bed. Not infrequently, so great was the press of business, he had to cancel daily Mass in order to meet a delivery deadline or supervise some minor disquiet in what had become almost a factory. Sundays, too, could be busy, and more than once he found himself mounting the pulpit without having given a moment’s thought to what he would say.

One day, into this transformed village, a Pentecostal minister arrived, and opened a chapel in an empty store. In no time, virtually all the Catholics—which meant the entire population—had stopped attending Mass, going instead to the new storefront chapel. A while later, the priest met one of his erstwhile parishioners in the street and asked him why he no longer came to Mass. The man replied, “Do not imagine, padre, that we do not appreciate all you have done for us. We do; but, you know, we need religion too.”