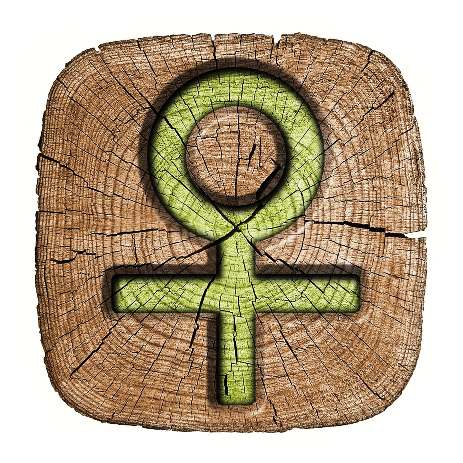 On April 13, Forbes magazine published a piece titled: “What Do Countries With The Best Coronavirus Responses Have In Common? Women Leaders” which was written by Avivah Wittenberg-Cox. Avivah is a feminist who in recent years has made it her life’s mission to promote gender equality or what can be referred to as equality of outcome as opposed to equality of opportunity. Before proceeding, here is my pre-emptive response to the ideologues: the purpose of this piece is not to denigrate women, nor their accomplishments and effectiveness as leaders, but to expose the feminist propaganda contained in this piece; a propaganda which is symptomatic of our wider culture that kowtows to political correctness. A few weeks ago, professor Janice Fiamengo of the University of Ottawa, also known as the anti-feminist, provided a devastating critique of feminists who were spewing misinformation about women being the most affected by the Wuhan virus (also known as the “novel coronavirus” (SARS-CoV-2) or most recently as COVID-19). Although this sort of subtle misandry is pervasive throughout our culture, political and academic landscape, it is unfortunate that it is being used as a weapon in a time of crisis. In my estimation, a good leader is a good leader, regardless of their sex. Such a leader would possess qualities such as resilience, empathy, transparency, motivation, trust worthiness, initiative for action, positive influence, vision, and purpose, among others. Furthermore, such qualities could in principle, facilitate a good leader to balance the harm wrought by the virus, potential and otherwise, with the devastating effects caused by the associated policies such as lengthy mandatory lockdowns. It must be taken into account that an unreasonably prolonged lockdown will have a destructive effect on the economy which will in turn have tremendously devastating social consequences such as unprecedented rates of unemployment (especially male unemployment) resulting in an increased rate of suicide, increased alcoholism and drug abuse, increased domestic abuse, increased erosion of civil liberties, increased waiting lists for medical procedures unrelated to the Wuhan virus, inability to partake in in-person religious celebrations, gradual deterioration of people’s physical health and mental health, and the loss of individual and family’s livelihoods, increased loneliness and depression from lack of social interaction, greater dependence on the state, increased taxes, and more.

Avivah in her Forbes piece makes it clear that she cares more about cherry picking her examples and pushing her ideological agenda than following an evidence-based approach. She also singles out certain male leaders such as Trump, Bolsonaro, Obrador, Modi, Duterte, Orban, Putin, and Netanyahu as having “a terrifying trifecta of authoritarianism: blame-“others”, capture-the-judiciary, demonize-the-journalists, and blanket their country in I-will-never-retire darkness.” Unsurprisingly, most of these accusations are clearly leveled at President Trump. The media and the Democrats attempt to blame Trump for the spread of the coronavirus throughout the USA, but much of the blame should be shifted to Communist China and their collusion with the World Health Organization for providing false information regarding the Wuhan virus to the rest of the world. Nevertheless, news networks like CNN have chosen to focus their attention on identity politics rather than on China’s reckless behaviour. Here in Canada, Conservative Finance critic Pierre Poilievre rightfully criticized Trudeau and the Liberal Government of negligence for allowing 2,000 people to enter Canada from Hubei, China after January 22. This was subsequent to receiving information from military intelligence that the spread of the coronavirus was extensive and dangerous. Conveniently, the CBC never wanted Canadians to see the video of Poilievre grilling the Liberals. Instead, the CBC, which is funded by the Liberals, would rather focus its attention on criticizing Trump than keeping a closer eye on domestic politics.

Avivah uses Angela Merkel as an example of “truth” with regards to her method to diminish the spread of the Wuhan virus within Germany. It is important to note that one of the main reasons that Merkel was able to mitigate the spread of the coronavirus in Germany was because of the reversal of her failed open-door migrant policies. Avivah should be reminded that Merkel’s open door migrant policies led to the sexual assault of at least 1,200 women on New Year’s Eve of 2015. Leadership that compromises their own native women, for the sake of upholding a politically correct stance on immigration, is nothing to be praised, nor is it good for the feminist cause, but something to be vehemently opposed. The truth is that when push comes to shove, internal pressures led Merkel to follow models of other central European countries (Poland, Hungary, Austria, Slovakia, Czech Republic, and Romania). This is precisely the model Trump sought to implement at the inception of his presidency but was met with great resistance from Democrats. Furthermore, it was also possible to contain (the spread of the virus) because younger segments of the population were infected first. Another main reason as to why Germany has had a lower mortality rate than other European nations such as Spain, Italy and France is because of a superior medical system (more hospital beds, Intensive Care Units, and ventilators) which was implemented before Merkel’s leadership. It is also true that countries with higher populations have significantly lower rates of contraction and fatality than Germany (e.g. Japan, Russia, Indonesia, Brazil). Ironically, to date, in Russia, led by one of the men Avivah singles out, Vladimir Putin, the death rate is over 11 times lower than Germany. Moreover, in a matter of four days, the death toll went from 2,673 (April 12) to 3,850 (April 16) to almost double in 10 days; that is roughly 240 deaths per day. If this trend continues, Merkel will not be as praiseworthy as Avivah thought.

She then goes on to praise Jucinda Ardern of New Zealand for her precautionary measures to minimize the impact of the coronavirus. One could also easily cite Australia as a success, led by Prime Minister Scott Morrison, who has also significantly lessened the spread of the virus and has had close to the same proportionality of deaths in relation to his country’s population.

Avivah also notes the quick response of Tsai Ing-wen in Taiwan. But Singapore and South Korea who have male leaders did also reasonably well to control the spread of the Wuhan virus and maintain a low death rate. Moreover, just as Taiwan was able to send equipment to other nations, so was South Korea, which was set to send 750,000 coronavirus tests to the USA.

Nowhere in her article, does Avivah discuss any leaders who are looking to provide a proper treatment for the virus. Recently, the mainstream media has unjustly blasted Trump for promoting the use of hydroxychloroquine as a treatment for COVID-19. Several articles have been published arguing that it has led to the death of a number of hospitalized patients because of its use. An article published by The Hill on April 21, makes a number of claims such as that there are no benefits to treat the Wuhan virus (COVID-19) through the use of hydroxychloroquine either with or without azithromycin and that it has increased deaths through what it purports to be the largest study to date comprising 368 patients. However, hydroxychloroquine combined with azithromycin is a relatively inexpensive treatment that has been endorsed by a prominent French scientist, Didier Raoult, who is one of the most highly cited micro-biologists in the world. Despite claims to the contrary, if administered early on during the period of when the first clinical signs of the flu are detected, then the success rate can be quite high. Moreover, Dr. Vladimir Zelenko has treated over 1,450 patients who have tested positive for COVID-19 with 200 mg of hydroxychloroquine twice a day for 5 days, 500 mg of azithromycin once a day for 5 days and 220 mg of zinc sulfate (an ingredient often ignored by studies which are critical of the treatment) once a day for 5 days producing 99.9% success rate (only 2 deaths), so far. In order to ensure success, hydroxychloroquine must be taken in conjunction with the other two drugs (or at least zinc). Medical doctor Anthony Cardill, in Los Angeles, has observed that many patients become symptom free after 8-12 hours of taking these drugs. Undoubtedly, this will not please pharmaceutical companies and other interest groups such as the Bill and Melinda Gates Foundation who want to develop a vaccine to treat the virus. The mainstream media and the Democrat Party will double down on demonizing President Trump through discrediting this effective treatment in all ways possible. Some forces at play may be more interested in making profits and executing other nefarious plans, over that of saving lives in an effective manner. Regrettably, for many on the left, a Machiavellian approach is being adopted to remove Trump from office; something they have been incessantly trying to do since his election. Indeed, for them, the end justifies the means, no matter how immoral. In addition, media platforms will do everything in their power to censor dissent from the status quo.

So, at a closer glance, there is nothing more extraordinary about these women’s leadership than that of many male leaders (in particular leaders who support a moral, effective and inexpensive treatment). Much of the lessons these leaders have learned and implemented were taken from countries with limited immigration policies such as Japan, Romania and Hungary. Moreover, the countries that these women lead have very small populations with the exception of Germany. This alone would help explain the low contraction and fatality rates. There are also countries such as Uganda and Vietnam with male leaders who have zero deaths so far. So what? It is not to say that their methods are necessarily effective or not. Much of the low death rates associated with these and other countries have nothing to do with there being a male or female leader but with geographic location, influx of travelers, the segment of the population that contract the virus, and/or the quality of their health care systems. While it is true that male and females may differ in their leadership styles – what is of true value is bringing their individual leadership qualities to the fore, especially in times of crises. In the coming weeks, we will truly see who the strong leaders are. This would include leaders who are willing stand up to China and the WHO. Leaders who are willing to seek and corroborate evidence on the veritable origin of the coronavirus. And finally, leaders with strong ethics who will prioritize only ethical treatments of the virus. As the pandemic worsens, we will need leaders with administrations who will not be bullied and be prepared to face the harsh realities of what is truly behind this pandemic while also protecting their citizens’ health, psychological and financial well being. Thus, what matters most is the individual traits of a leader and how they can function under pressure, given the variety of unprecedented circumstances, not their gender. Leaders should be elected and praised for their qualities and overall ability to lead, not on the principles of employment equity.