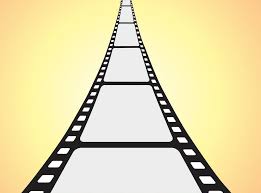 (What follows is the conclusion to Father Daniel Callum’s, C.S.B, new book, “A Catholic Goes to the Movies”, just published by Justin Press. For details on the book, and the upcoming book launch on November 19th at Holy Rosary Church in Toronto, please see the Nota in Brevis section.) Editor.

The ancient Greeks, whom we have learnt to admire, had two cosmologies. One of them, proposed by the philosopher Zeno of Elea, held that motion is an illusion. The world is utterly static; nothing ever changes or ever could. The second view, propounded by the historians Herodotus and Thucydides, was cyclic in character. History repeats itself, like a giant wheel, which after aeons finds itself at its starting point, at which point the whole business recommences A literary parallel is found in James Joyce’s Finnegans Wake in which the last sentence is identical with the first one. Thus the reader, ready to close with a sigh of relief this long and difficult book, finds himself thrown back to the beginning, required to begin afresh, reading and rereading it in endless cycles. The basis for these radically different approaches is, paradoxically, the same for each of them: a conviction that the cosmos is eternal. The immediate implication of this belief is that everything that could happen already has happened, for no matter how long an event may have been in the coming, it will already have taken place in the distant past. The only way, then, to account for the changes we encounter is either to deny them (Zeno) or to imagine endless repetitions of the same original chain of events (Herodotus and Thucydides).

Christianity is different. Our history is linear, with a starting point—creation—and a conclusion—judgment. Also, in Christian cosmology history is essentially a matter of morality, as the word “judgment” indicates. One day, the prophets tell us, justice will be done: “Many of those who sleep in the dust of the earth shall awake, some to everlasting life, and some to shame and everlasting contempt.” This apocalyptic vision, which developed in late Judaism, continues in the New Testament with the book of Revelation, the Apocalypse, whose theme is the fearful events at the end of time. One consequence of this view of history is the recognitions that literature, generally speaking, is Christian; a story has a beginning a development and an end, which will be deemed satisfactory if virtue is rewarded and vice is punished. Consider fairy tales. Cinderella marries the prince, and the wicked stepsisters are, if not punished, certainly contrite. The “happily ever after” of folklore corresponds to the beatific vision of heaven, for the ultimate romance is the story recounted in the Bible, from Genesis to the Apocalypse. In it, boy meets girl, boy loses girl, boy gets girl. The “boy” is God, the bridegroom of his people, the bride. In Eden, the marriage of heaven and earth was celebrated. The relationship was initially ruptured by Original Sin, a rupture then intensified by the repeated idolatry of the chosen people, which the prophets compare to infidelity in marriage: “. . . the land commits great harlotry by forsaking the Lord.” In Jesus Christ, the new bridegroom, come to claim his bride, the marriage bond is permanently restored:

And I saw the holy city, new Jerusalem, coming down out of heaven from God, prepared as a bride adorned for her husband; and I heard a loud voice from the throne saying, “Behold, the dwelling of God is with men.”

All the great old tales have this pattern. A prime instance would be the murder mysteries from the 1920s to the 1950s, “the golden age.” A well-ordered society has had its peace shattered by a murder, the greatest of all crimes. The detective, as a type of redeemer, identifies and then expels the culprit, thus restoring the community to its innocent, beatific state. Agatha Christie’s Miss Marple is a strikingly successful embodiment of this principle. But so is Shakespeare, in the final scene when the stage, littered with bodies or filled with couples, portrays the beginning of a new era. Things are now as they should be. Jane Austen knew what she was about when Darcy and Elizabeth marry; even Dickens, despite an almost Manichaean portrayal of the power of evil, insists on dispensing justice and reward in that obligatory final chapter.

One might want to object that these conventions from the past have been abandoned in contemporary narratives that leave matters unresolved at the end of the story. By and large, I would say, the discrepancy is only apparent. Many of Flannery O’Connor’s stories, such as The Life You Save May Be Your Own, at first reading seem to be open-ended, but on closer examination one discovers that she has given us all we need to know about her characters. The details of their subsequent histories are not necessary, for they are already implied in what has been provided. The often-violent nature of her work is also consonant with the seriousness of her intent, for, as Muriel Spark noted, “. . . a vision of evil may be as effective to conversion as a vision of good.” The theatre of the absurd may seem to be another exception to the view that I am advancing, but it does in fact have a thesis, even if it is only to conclude—the operative word—that life is without meaning. The curtain eventually has to drop, the actors to leave the stage, remove their makeup and then trudge home, all actions that give the lie to the absurdities they have been busy communicating on the stage. But movies are a different matter; for the most part, they are realistic in their presentations and traditional in their plots, and, once the intrigues of the story are resolved, we can leave the cinema reassured that heroism or ingenuity can overcome the disruptive forces that threaten the well-being of the characters, society or the entire world. Movies are a popular form of entertainment, functioning as folklore for contemporary men and women. Basic plots may be endlessly recycled, but each will have its climax and ultimate resolution. As such, movies reward close examination, and I trust that the reviews you have read in the book will have provided the insights we need to recognize Gospel truth in unconventional settings.