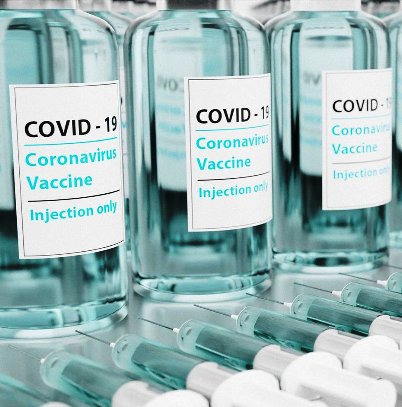 “To vaccinate or not to vaccinate, that is the question”, soliloquised Piglet, “since all vaccines are equal, but some vaccines are more equal than others” – poetic licence applied with apologies to William Shakespeare and George Orwell.

Smallpox is a virulent infectious vesicular disease.  Vesicular and pox in that it causes eruptions on the skin which develop into pustules or pox, and eventually leaves one covered with pitted pockmarks; and designated “small” since the 16th century, to distinguish it from the “great pox” syphilis.  It is caused by the virus variola major, variola being a term introduced in circa 570 AD by Bishop Marius of Aventicum, now Avenches, then the capital of Roman Switzerland, and meaning pustule.  It was a dreaded pestilence in Europe particularly during the 17th and 18th centuries and killed nearly a third of its victims, most of whom were children.  The pathogen was spread mostly during the early rash stage from sores in the tongue and mouth through droplets emitted into the air.

When St Francis Xavier arrived in Mannar in 1548, smallpox was raging in Ceylon, and in 1697 the royal city of Kandy was deserted on account of it – with the sufferers, believed to be possessed by demons, abandoned to die on roads and in the jungle by their kith and kin.  St Joseph Vaz and his nephew Joseph Carvalho tended the sick and buried the dead and astonished the King Vimaladharmasurya II on his return once the epidemic had ceased by declining reward. This disease was introduced into the Americas by Europeans and decimated populations of native Red Indians of the northern plains, the Aztecs of Mexico, and the Incas and Araucanians in the south.  It was declared eradicated in 1979, and today exists as a bioterrorist threat, precedent reportedly been set by the British Army in 18th century America by their donation of intentionally infected blankets and handkerchiefs to the enemy camp.

It was a phenomenon of great interest that survivors of smallpox, albeit disfigured and sometimes blinded, become immune to a second infection.  A propos in Asia it had been known since the 10th century that introducing into healthy persons the ground scabs or the pus from sores of those infected could also induce immunity.  The latter means was popularised in England by the survivor, her “beauty fled” as expressed in her own poetry, Lady Mary Montagu, the wife of the British ambassador to the Court of the Ottoman Empire, who learned of it during her stint in Constantinople in the early 1700s.  Through Lady Montagu’s advocacy and consequent acceptance by several royal houses in western Europe, it became standard practice in that part of the continent during the eighteenth century.  This inoculation of variola or variolation usually produced localised and less severe symptoms than naturally acquired infection, did have a fatality rate of circa 2% which was an order of magnitude less than that during an epidemic, and carried the additional risk of triggering one.

Chickenpox is caused by the varicella-zoster virus which is a herpesvirus, and the measles virus is a paramyxovirus. Horsepox and cowpox viruses however, together with inter alia those that cause camelpox, rabbitpox and monkeypox have been classified together with the smallpox virus into the family of poxviruses, and specifically into the genus Orthopox.  The disease horsepox – variola equine, and the causative virus is now supposed to be extinct, unless it still exists in unknown wild rodents who constitute its reservoir in nature.  There were observations in the military that cavalrymen fared better than infantrymen during the smallpox outbreaks; and that farmers working with cattle tended also to be spared.  It was remarkable also that milkmaids – whose hands had been infected with the zoonotic cowpox virus from pustules in the udder and teats of cows and had themselves contracted the relatively milder cowpox disease and subsequently recovered, showed resilience against smallpox.  Legend has it of a Bristol milkmaid, Gloucestershire and the western counties being a region where cowpox was prevalent,  who boasted that she will never have “an ugly pockmarked face” due to smallpox – variola, because she had already had cowpox – variola vaccinae, the pox of the cow.

Through the acts and observations of Benjamin Jesty, John Fewster and others in the late 1700s and the published clinical observations and methodical investigations of Edward Jenner the effectiveness of building immunity to smallpox safely through the inoculation with the genetically and immunologically similar but pathologically milder virus that causes cowpox was established.  The story of the hand of Sarah Nelms the milkmaid, the udder of Blossom the cow and the arm of James Phipps the gardener’s son is a story for another day, and yet the achievement was a marvelous demonstration of ingenuity and enlightened empiricism – a century before modern concepts of virology were established and the role of microbes in the causation of disease was understood.  The term vaccinae, is derived from the Latin vacca meaning cow which is perhaps related to the Sanskrit vassa, and its adjective vaccinus, led to the coining of the word “vaccination”, and likewise “equination” when the horsepox pus was used similarly.  However, Louis Pasteur in 1881 proposed to generalise the term vaccination to include all protective immunisation procedures against any infectious disease in honour of Jenner, using this term to describe his own work on anthrax, cholera and rabies.

Vaccination until recently was commonly understood to be a prophylactic treatment effected via inoculation of an antigen – a portmanteau of antibody generator, to elicit an immunological response that could protect against future infections by a pathogenic organism associated with that antigen.  The antigenic suspension would contain dead or inactivated, or if alive attenuated pathogen, its fragments or subunits, or purified surface proteins or toxoids – inactivated endotoxins of the pathogen that retain immunogenicity.  Vaccination can be justified considering the risks of exposure to the pathogen, contagiousness, vulnerability of subject, consequences of the disease, availability of treatment and the efficacy, including tolerability, of the vaccine.  Against these factors and the pertaining facts, vaccination against smallpox was justified.

The spike protein is a key factor in infection and a major surface antigen in coronaviruses, although not the only one.  Using the identified DNA sequence of the Wuhan virus SARS-CoV-2’s spike protein, Pfizer-BioNTech and Moderna have in vitro transcribed synthetic spike protein mRNA.  Subsequently nucleoside-modified, this now modRNA is encapsulated in lipid nanoparticles to create their investigational products BNT162b2 and mRNA1273 respectively.  The modRNA of both organisations are similar but their proprietary lipid nanoparticles which enable merging with human phospholipid cell membranes via endocytosis differ.  Once intramuscularly injected, the modRNA enters our cells’ cytosol and our ribosomes translate them into viral spike proteins.  The Sputnik, Oxford-AstraZeneca, and J&J products incorporate spike protein DNA into an adenovirus vector that enables antigen expression in the host cells.  Through these means, we are programmed to generate trillions of viral antigens without becoming infected with the virus itself – consequent to which immunological response may occur.  Such intentional gene transfer as a novel means of attempting to effect humoral and cell-mediated immunity is associated with gene therapy, genetic medicine being a nascent science in itself, and is distinct from conventional antigen inoculation – although in retrospect, attenuated virus vaccines with RNA genome viruses do in part operate similarly.

These products received emergency use authorisation in some countries, in that such authorisation becomes null if the situation ceases to be decreed a public health emergency – since the products are unapproved, and by implication their use constituting human trials.  Animal trials enable potential immunopathological phenomena to be discovered especially intrinsic antibody dependent enhancement and vaccine hypersensitivity when the vaccinated subject is subsequently exposed to a wild virus – which sometimes result in fatal outcomes, these deaths often being reported as due to new and more deadly “variants”.   Such pathogenic priming was a cause for failure of vaccines developed for the first SARS-CoV virus, and for half a century of active research providing no safe dengue virus vaccine to date.

The spike protein on which the viral infection is reliant on for binding on to the angiotensin-converting enzyme 2 in host cells such as those of the pulmonary vascular endothelium, and triggering the clinical symptoms and lung damage, by itself could behave as a pathogen and have effects on the respiratory system more severe than the virus in toto due to stronger binding of the protein alone as compared to it when associated with a whole virus and present on its surface.  Further it is not clear how long the RNA in its modified and stabilised form and its proprietary synthetic lipid nanoparticles designed for prolonged antigen expression or the stabilised spike protein variant produced may prevail in vivo.

The blood brain barrier was originally observed in 1885 by Paul Ehrlich, better renowned for discovering the cure for syphilis in 1909.  It is a biological phenomenon constituted of blood capillaries with tightly packed endothelial cells that separate the brain tissue from the blood circulatory system and forms a defence against pathogens and toxins that may be present in blood and maintains a controlled environment within the central nervous system.  Its structure was understood only after scanning electron microscopy became available and even glucose cannot pass through it except via special ports known as transporter proteins.  It has been shown in male mice that the spike protein does pass the blood-brain barrier that holds whole viruses back, when introduced intravenously and intranasally, potentially causing inflammation in the brain, thrombosis and delayed neurodegeneration.

Syncytin-1 is a protein essential in our trophoblast development and for placentation when in the earliest days of our life our syncytiotrophoblast implants us into the maternal uterine decidual epithelium and also produces human chorionic gonadotrophin which among a multitude of wonderful functions suppresses maternal immune response against the foreign organism growing within her – her child.  Similarity has been reported between several sequence motifs of the genetic code for the Wuhan virus spike protein and syncytin-1 both of which are fusion proteins.  It needs to be ruled out that immune response to the spike protein does not trigger immune reaction against syncytin-1 since if it did that would imply abortifacient immune reaction and infertility over as long as the immunity persisted.

There are situations in which artificial induction of immunisation of the healthy against infectious disease, even amid an epidemic, is just.  The means by which immunological response is achieved requires due diligence to ensure that the consequences due to the means is not more tragic than that of the disease.  Further, due attention needs to be rendered towards achieving cure via treatment – even if the effective anti-viral drugs are cheap, known, ubiquitous and their patents have long expired.